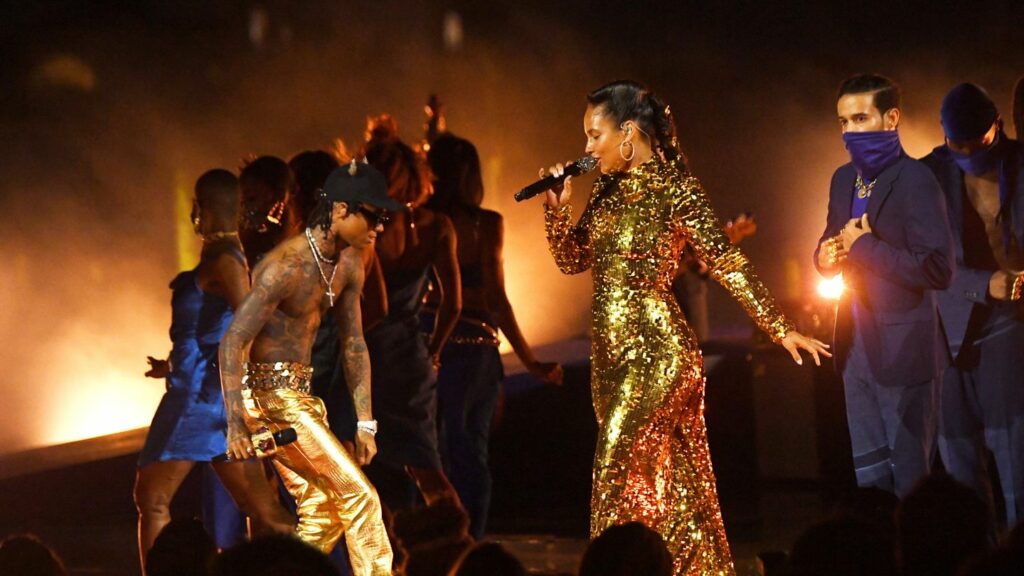 Alicia Keys truly has the range.

During the 2021 Video Music Awards on Sunday (September 12), the R&B legend took the stage with rapper Swae Lee at New York’s Liberty State Park for a performance of their recent collaboration, “Lala.” Lee stepped out first amid a sea of cobalt blue-clad dancers, and Keys followed suit in a glistening, form-fitting sequined gown.

They moved and grooved to the soulful track until it was finished. Keys then sashayed over to a chandelier-lit piano for a solo rendition of “Empire State of Mind,” her hit collab with Jay-Z from 2009. She performed the iconic song to commemorate the 20th anniversary of the devastating September 11 attacks on New York’s World Trade Center. (She and Jay-Z previously performed the song over a decade ago at the 2010 VMAs before snagging the Moonperson for Best Cinematography.)

Against the Manhattan skyline, Keys’s passionate tribute was a sight to behold.

Of course, Keys is no stranger to the VMAs stage. The 40-year-old songstress’s debut single, “Fallin’,” scored the artist her first Moonperson in 2001 for Best New Artist in a Video. She’s gone on to win three more VMAs from a total of 12 nominations and perform at multiple shows over the years.