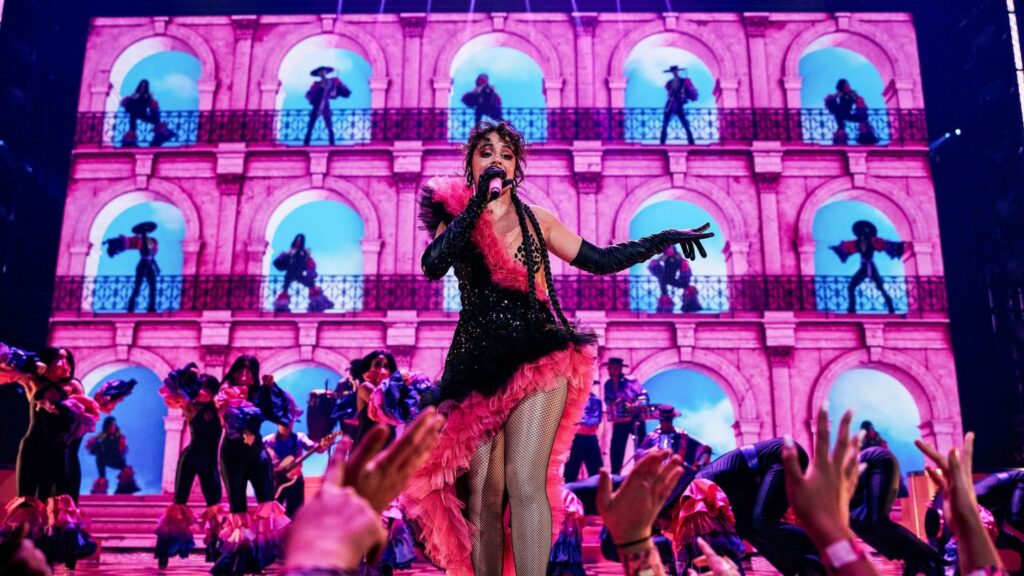 Even though her fairy godparent Billy Porter was present at the 2021 Video Music Awards, Camila Cabello left her glass slippers at home. This award show was a different kind of ball.

The “Señorita” singer and Cinderella star is no stranger to the annual MTV awards show. In 2018, Cabello won Artist of the Year, and her hit song, “Havana” won Video of the Year. The following year, her single, “Señorita,” with her boyfriend Shawn Mendes, won Best Collaboration and Best Cinematography.

This year, her latest release, “Don’t Go Yet,” off of her upcoming third studio album, Familia, was nominated for Song of Summer, and Cabello brought the heat to the VMAs stage with a lively Cuban-inspired live performance, surrounded by flamenco dancers.

“I think ‘Don’t Go Yet’ is just sonically and melodically just me being free,” Cabello recently told Zane Lowe on Apple Music 1. “I think being in Miami for so long and having more family around me and speaking Spanish more just kind of brought me back. I think my roots went deeper in a way that I really needed.”

Once Cabello finished living her flamenco fantasy, she handed off the show to her boyfriend, Mendes, who then performed his single, “Summer of Love,” with producer Tainy on another stage across the Barclays Center arena in Brooklyn.