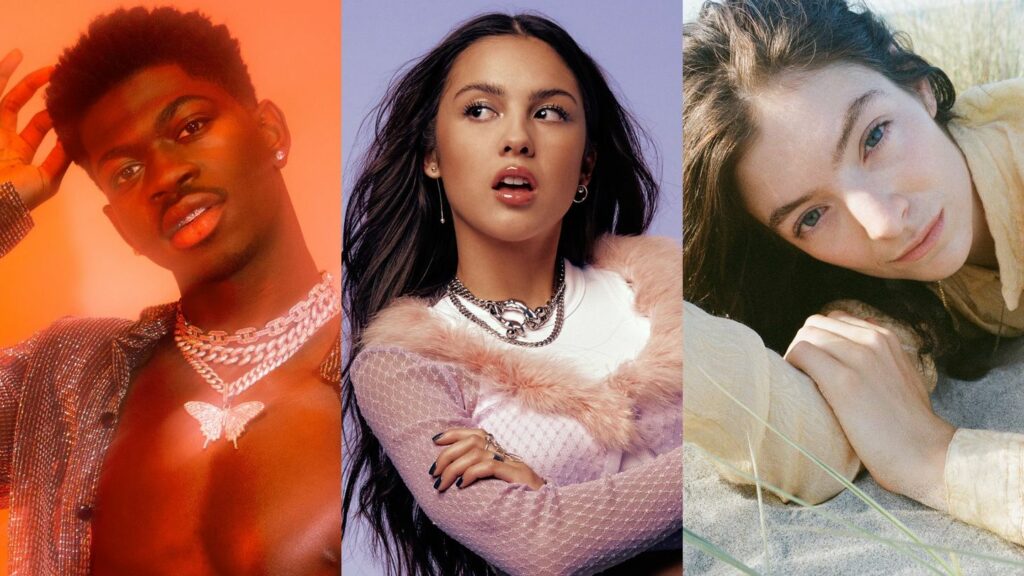 The 2021 Video Music Awards are set to see some exciting performances, with Lil Nas X hitting the stage for the first time since his ground-breaking “Panini” performance in 2019. The artist recently soared on the charts with his sizzling new hit “Industry Baby,” which debuted at No. 2 on the Billboard Hot 100.

Other stars slated to perform include Camila Cabello, Lorde, Machine Gun Kelly, and Olivia Rodrigo. With a live rendition of her recent hit single “Don’t Go Yet,” Cabello will bring a fiesta for the whole Familia, as the title of her upcoming LP suggests. Lorde’s return to VMAs will mark her first time since 2017, and she’s set to deliver a world-premiere performance from hew new upcoming batch of sunny songs, Solar Power, out August 20.

MGK, meanwhile, will deliver a premiere live performance of his new single “Papercuts” from his forthcoming album Born With Horns. As for Rodrigo, this show marks her debut VMA performance, and she’ll surely make the most of it with her No. 1 smash “Good 4 U” — as a nominee in five categories, no less.

Each of these artists have had their own successes this year — even as the coronavirus has continued to shape how we live and experience music — and they are reflected in the VMA nominations. Lil Nas X and Rodrigo have both racked up a total of five VMA nominations total. Lil Nas X is up for the coveted Video of the Year award, but he faces some serious competition with Cardi B, Megan Thee Stallion, DJ Khaled, Doja Cat and Ed Sheeran, and The Weeknd. So go vote for your faves on vma.mtv.com.

The 2021 MTV VMAs will air live on Sunday, September 12, at 8 p.m. ET/PT from Barclays Center in Brooklyn. This year’s awards will debut a newly redesigned Moonperson statue from fine artist Kehinde Wiley. They will also honor the victims of the 9/11 attacks by collaborating with the nonprofit 9/11 Day on a series of events to promote awareness and positive action around the day’s 20th anniversary.