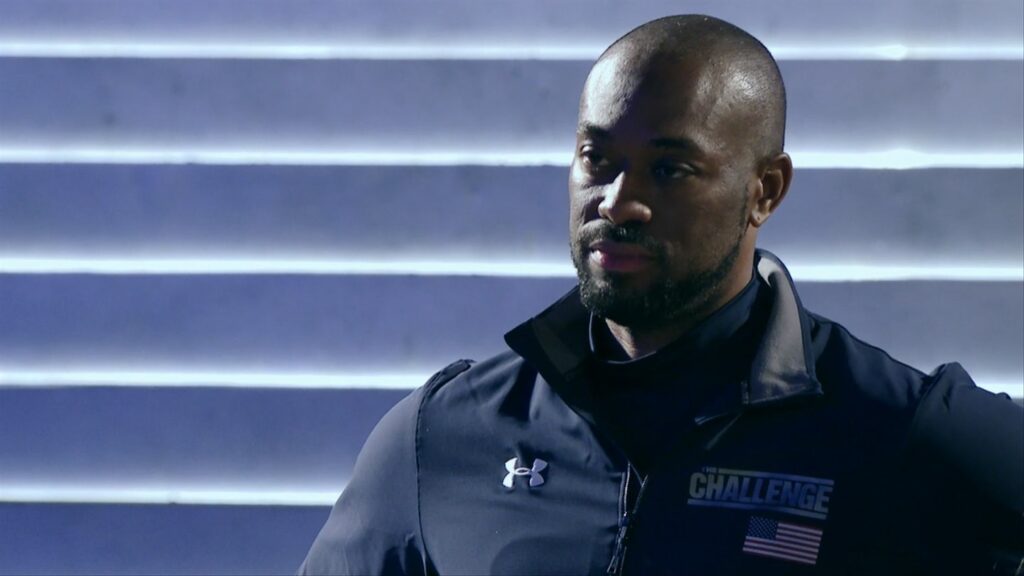 There may be strength in numbers, but on the Season 37 premiere of The Challenge: Spies, Lies and Allies, the game’s most seasoned players proved that — even while operating from a deficit — they still know how to run the game. But could one newbie’s standout performance in The Lair inspire the rest of the rookies to get their acts together and take control of the competition series’ latest installment?

On the Spies premiere, 17 international players — most of whom were new to the game — raced through an obstacle course to secure the American partner of their choice. Duos would then sprint to a finish line to cement their new teams and, for the second season in a row, Aneesa was the victor on Opening Day.

“Surprise, surprise — the old bitch won,” she said as she celebrated alongside her new partner Logan.

As Aneesa and Logan — who earned the distinction of forming The Agency (and safety from elimination) for their win — debated who to nominate into the very first elimination round, the rest of the house began to split into two factions. The game’s newest players — American and international alike — knew they constituted the majority of the house and could survive the game more easily if they banded together. Unfortunately, the veterans were two steps ahead, and their “Veteran Truce” proved to be a stronger driving force.

“There’s more of them than there are of us,” Amanda said. “We all need to be on the same page and vote the same way.”

And so they did. After learning that Michaela, a newbie from Survivor, had been tossing around the idea of nominating Tori into The Lair, the veterans banded against Michaela and her partner Renan and sentenced them, instead. Worse, Michaela’s fellow Survivor alumni abandoned her too out of fear allegiance to her would later implicate them in her plot.

Down at The Lair, Aneesa and Logan learned that they’d nominate a man and a woman to square off against Logan and Renan but that the two delegates didn’t necessarily have to be from the same team. Though Aneesa and Logan had very different ideas for candidates, they wound up selecting Corey because of his attachment to Emy (Emy and Michaela had a blowout in the nomination ceremony) and Michele, one of Michaela’s fellow Survivor exports.

And with Corey by her side, survive Michele certainly did. In “Back Me Up,” the two teams of two — tethered together as a foursome — had to push the opposing pair from a platform off of a designated side of a ramp. But it was rookie Corey who did most of the game’s heavy lifting and almost singlehandedly issued Michaela and Renan defeat.

“We saw the Banana backpack, right?” Aneesa asked, incredulous at the elimination round’s result. “Corey just wore a knapsack and a fannypack. I mean, Corey pulled every one off of that structure.”

Upon winning, both Corey and Michele decided to take advantage of the choice to form new partnerships to better serve their places in the game. Michele chose Devin as her new sidekick for his social acumen and Corey chose coveted vet Tori. Finally, Ed, who replaced the defected Nam, partnered up with Corey’s ex-partner Emy, while Tracy and Kelz formed the final new group.

Now, with two fewer rookies in the game and a veteran stronghold still in motion, the next mission will be critical for the game’s newbies. Can Corey’s performance inspire them to secure victory and advance in the game? Or are the veterans already too organized, and will the next elimination round simply spill more newbie blood? Share your thoughts, then watch the next Challenge episode on Wednesday at 8/7c.