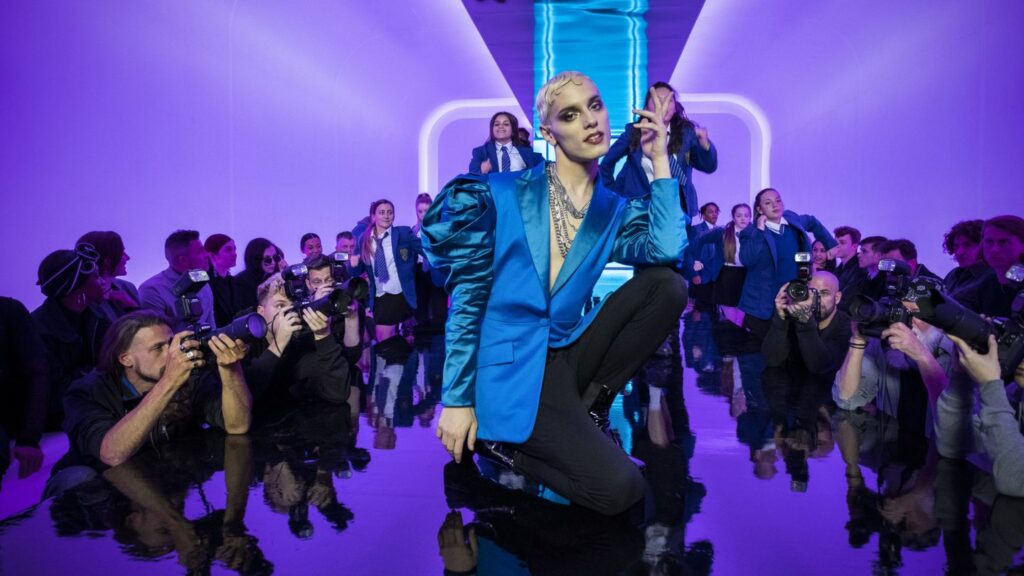 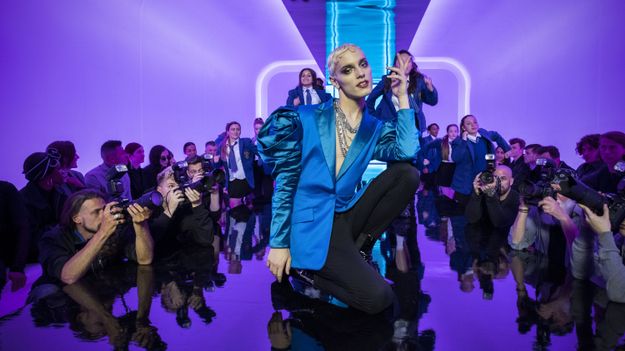 Make your drag queen dreams come true! A new trailer for the film adaptation of the glamorous musical comedy Everybody’s Talking About Jamie dropped today (August 10). Adapted from the critically acclaimed West End musical of the same name, the film follows 16-year-old Jamie New, played by Max Harwood, on his journey to figure out what he wants to be and do while trying to overcome obstacles of prejudice, discrimination, and bullies.

The trailer begins with Jamie daydreaming of himself performing and dancing in clubs, as he stomps across cafeteria tables as if they were his runway to cope with the monotony of his British secondary school. After school in an empty classroom, he pulls out sparkly, red high heels and spills a secret to his best friend, Pritti Pasha (Lauren Patel), that he wants to become a drag queen. Later, we see the two friends enter a boutique run by former performer Miss Loco Chanelle (Richard E. Grant), who becomes Jamie’s mentor in fabulosity.

Being a queer teenager is already difficult for Jamie. His father (Ralph Ineson) and career advisor (Sharon Horgan) are unsupportive of his dream. Jamie constantly battles his own self-doubts, questioning whether he should conform to social expectations and get a “real” career. “Do you ever just wish I was just — ‘normal’?” he asks his mom, who is played by Sarah Lancashire. She retorts with a wise point: “No, what is ‘normal’ anyway?” Even Pritti has some encouraging words: “Stop waiting for permission to be you.”

Both the film and musical are inspired by Jenny Popplewell’s 2011 documentary Jamie: Drag Queen at 16. The stage-to-feature adaptation is the directorial debut for Jonathan Butterell and will also star Shobna Gulati, Adeel Akhtar, and Samuel Bottomley. There will also be cameos from John McCrea, the original West End actor who played Jamie; Bianca del Rio, RuPaul’s Drag Race winner and the London production actor for Loco; and the real-life Jamie Campbell.

Naturally, the film will feature hit songs from the musical like “And You Don’t Even Know It,” “The Wall in My Head” and the titular “Everybody’s Talking About Jamie.” An exclusive new track for the film called “This Was Me” was also recorded.

Everybody’s Talking About Jamie was originally set to be released in theaters on October 23, 2020, but was postponed by January 22, 2021 due to the COVID-19 pandemic. A new release date was set for February 26, but Disney canceled the film’s theatrical release and sold the distribution rights to Amazon. The film will finally be available to stream on September 17, 2021, via Amazon Prime Video.

According to Playbill, the stage musical has also recently reopened at London’s Apollo Theatre this past May. It will eventually premiere in North America at Los Angeles’s Center Theatre Group’s Ahmanson Theatre in 2022.