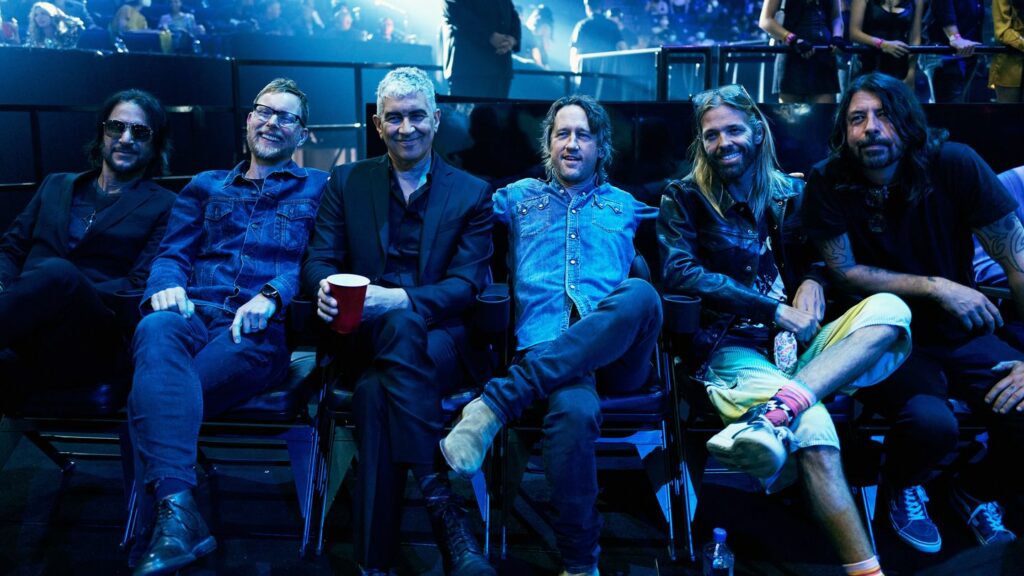 Back in 2015, a man named Fabio Zaffagnini convinced 1,000 people in his hometown of Cesena, Italy, to pull off a seeming logistical nightmare: a mass simultaneous performance of Foo Fighters’s indelible alt-rock hit “Learn to Fly,” without any rehearsal. It worked, and the results are nothing short of inspirational. “A lot of people when they see the video say it doesn’t seem like an Italian thing,” Zaffagnini told MTV News then. “It looks like more the American Dream, you know?”

“Learn to Fly” was chosen for its simplicity and universality — three chords and a lot of heart — something that’s made the Foo Fighters such a rock institution since 1995. That spirit is precisely why the group is being honored at this year’s VMAs with the Global Icon Award.

“This is quite an award to receive,” band leader Dave Grohl said accepting the group’s third Moonperson ever. “We’ve been a band for 26 years, so it’s pretty good!” One of those years, by the way, was 1997, when their sophomore LP The Colour and the Shape dropped and they performed on the roof of Radio City Music Hall for the VMAs. Memories!

Grohl, accompanied by fellow members Nate Mendel, Pat Smear, Taylor Hawkins, Chris Shiflett and Rami Jaffee, stood onstage next to Foo fan and follower Billie Eilish, who introduced them. He said they’d made a list of every MTV person they needed to remember to thank, one that spans the decades. And then he shouted some of them out: “Kurt Loder, Tabitha Soren, JJ Jackson, Matt Pinfield, Steve Isaacs, Amy Finnerty.”

It’s been quite the journey for a band that began as Grohl’s post-Nirvana solo project. He played every instrument on its 1995 self-titled debut and has expanded and shifted the lineup in the following decades, releasing 10 studio albums and a flood of modern-rock hits.

Before the group grabbed their latest trophy, they whipped through a medley of some all-time classic Foo jams, including “Learn to Fly.” Drummer Hawkins flashed a “Charlie R.I.P.” note on his bass drum, in homage to recently departed Rolling Stones’s percussionist Charlie Watts. Right after, they connected past to present with “Shame Shame,” a dance-tinged new tune they dropped earlier this year.

“Shame Shame” found the crew embracing their friskier side, similar to what they explored on the Hail Satin disco comp they recorded and released in July. Its placement between two stone-cold Foos classics suggests its potential future power — and closing with “Everlong,” the band’s signature song, allowed for projections from the band’s past to color a poignant new moment in their career.

“Thank you very much for this award,” he concluded after the performance. “We’ll see you in 26 years!”

Grohl, clad in his all-black rock star uniform and trademark baby-blue guitar, fronting his squad as the first-ever Global Icons at the VMAs? Now that’s what I call the American Dream.