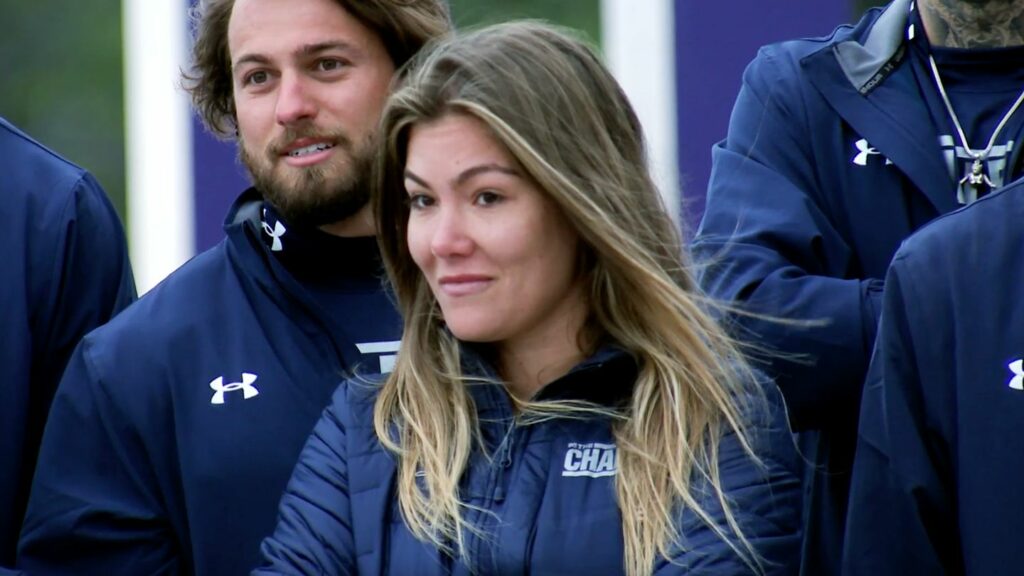 Learning from your mistakes? Maybe not such a given for Challenge vet Tori: The Spies, Lies and Allies competitor has already made several social mistakes similar to those that got her booted from Double Agents. But can she course-correct in time to spare herself an early exit?

On the latest episode of Season 37, Tori and new partner Ed came out swinging in “Sea Cave Recon” and each earned their first wins of the season. The celebratory mood was short-lived, though, when Tori — as half of the new Agency — was faced with a conundrum. On one hand, sending two rookies into The Lair would be the smartest move to keep the Veteran Truce in motion. On the other, she had a score to settle with fellow veteran Big T, who pit Tori and BFF Aneesa against each other on Double Agents, a matchup that ultimately amounted to Tori’s elimination.

“Mercy sounds like a nice thing to do, but so does revenge,” Tori said.

Still, fellow veterans like Kyle urged Tori not to think with her heart but, instead, with her head.

“If Tori votes for Big T…she is opening Pandora’s Box,” Kyle said. “Guess what? There’s a lot of scary people there, and you don’t wanna disturb them yet.”

And, as far as Kaycee was concerned, Tori continued to flub her political game en route to The Lair. During the house’s nomination ceremony, Tori made it a point to embarrass Big T for her previous chess-playing, a call to attention that Kaycee saw as an unforced error, especially since the house ultimately voted for Tacha and Jeremiah anyway.

“Tori — she doesn’t know how to shut her mouth sometimes,” Kaycee said. “So I don’t think it’s a good idea that she’s saying Big T’s name right now…you gotta be careful what you say in this house.”

Ultimately, in an effort to keep the peace among the game’s veteran players, Tori voted to send Berna and Corey into The Lair, which, because of Tommy’s earlier disqualification, exclusively pit the two female nominees against each other.

And after yet another nail-biter of an elimination, Berna narrowly eliminated Tacha from the game in “Slipping Up,” a race to construct a ladder with delicate rungs.

Though Tacha was no longer a direct threat to Tori, she hurled a series of insults at Tori on her way out the door, exposing yet another potential chink in Tori’s armor: Tori’s rush to offer Tacha an opponent of her choice (Michele), only to seemingly revoke it at the last minute.

“Tori, if I come back, it’s game over for you,” Tacha warned, drawing unwanted attention from the rest of the game’s cast.

So while Tori’s riding high on her latest win, she definitely has some damage control to do. But is she destined to repeat her Double Agents his-Tori, or can she change her narrative before it’s etched in stone? Share your thoughts, then be sure to tune in to the next Spies, Lies and Allies episode!