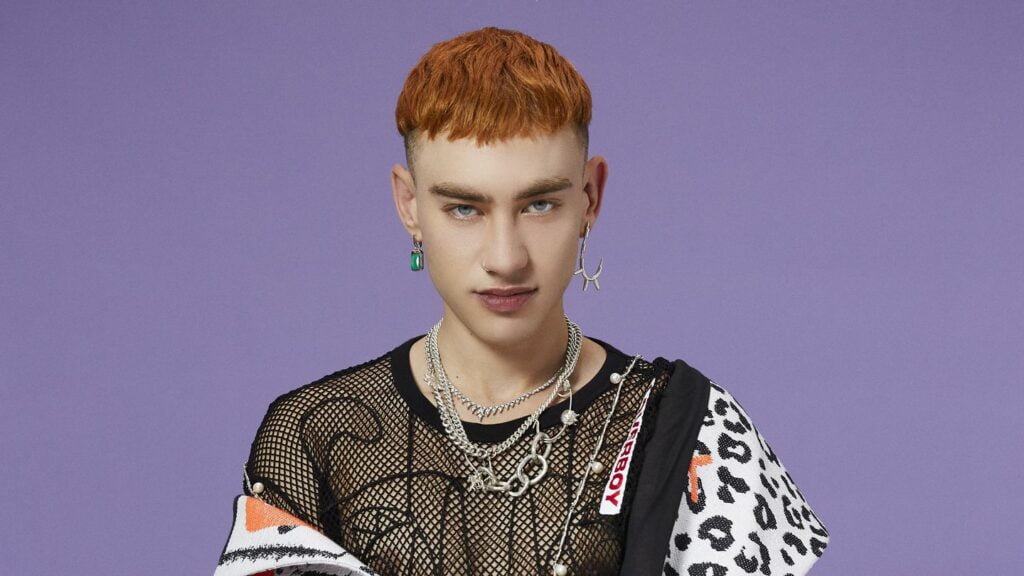 Recovering from a breakup isn’t easy, even if the relationship wasn’t romantic. Early last year, Olly Alexander told fans he’d be pursuing Years & Years as a solo venture after fronting the synthpop band, alongside instrumentalists Emre Türkmen and Michael Goldsworthy, for over a decade. Following years of creative disagreements, Alexander became free to fully explore his lifelong aspirations of major pop stardom, no longer seeking his bandmates’ approval. But having full creative control has come with unforeseen, mainly self-inflicted pressures for the 31-year-old musician, whose new album, Night Call, drops today (January 21). “I have a big fear of failure, I realized. If anything goes wrong, it’s really on my shoulders,” Alexander tells MTV News. “It’s been a real journey, but I’m so grateful. I love making music and being Years & Years.”

The band’s split was a long time coming, as initial chats about parting ways occurred during the making of 2018’s Palo Santo. “We couldn’t agree on a direction. It was a bit of a struggle,” explains Alexander, who created many of its tracks based on his own vision, separately from Türkmen and Goldsworthy. After an “intense” discussion about Years & Years’s future as a band, they decided to remain intact for Palo Santo’s release and subsequent tour, which ran through late 2019. Alexander then quickly began working on what would become Night Call, but following the pandemic’s onset, he wasn’t sure how the band would function together logistically, let alone creatively. “We’d had a decade together, and it was really clear people wanted to do different things,” he says, noting that “multiple honest conversations” led to the decision to separate. “It’s a relationship coming to an end, so it was tricky at times, but it definitely happened as amicably as it could’ve.”

Goldsworthy will continue playing alongside Alexander for future Years & Years live performances, while Türkmen, who just welcomed his first child, will independently work as a songwriter and producer while focusing on family. There’s no bad blood between the ex-trio, though based on who’s been granted an advance listen of Night Call, their bonds have clearly shifted. “Mikey has, and he said he loved it. Thanks, Mikey,” Alexander says with a giggle. “I don’t think Emre has. He might have to wait until the release.”

Despite holding complete autonomy over Years & Years’s musicianship, crafting Night Call was no easy feat for Alexander. Before landing the album’s angle, he wrote, recorded, and scrapped nearly 20 songs created with a wide range of collaborators. “I didn’t feel connected to it, and it just didn’t hit right,” he says. In early 2020, after a half-decade hiatus, Alexander returned to acting, portraying 18-year-old Ritchie Tozer in Channel 4’s streaming record-breaking It’s a Sin, a miniseries about five gay men whose lives are impacted by the rising HIV/AIDS epidemic after moving to London in 1981. Despite its heart-wrenching subject material, Alexander walked away from the experience feeling inspired by the blissful ’80s pop music on its soundtrack, from Pet Shop Boys to Blondie. “We all had so much fun shooting these big party scenes. That’s when the characters felt the most powerful and confident, and all that music is so good,” he details. “I really had to go through the process of remembering the pure joy that should be at the core of the music I want to make.”

Alexander looked inward to find it. Once the pandemic hit, he found himself isolated and missing his once-active sex life, so he decided to write songs about his steamiest fantasies. He was interested in capturing the near-infinite outcomes of hookups, “from terrible, and you really regret it, to mind-blowing,” he says. “You meet someone you connect with for the rest of your life to someone you never see again, but you had a good experience.”

A gloriously upbeat, club-ready ode to queer hookup culture, Night Call celebrates the intricacies of falling in lust with a stranger, from pure physical desire to the unintended consequences that can follow, inspired by the musician’s own life. “Sex and hookups were a part of my late teens, early twenties. Figuring out what I liked, what I didn’t like, the kind of guys I wanted to have sex with,” he recalls. “I didn’t figure any of that stuff out, by the way.”

Alexander’s sexuality has always been present in his music, but Night Call cuts including its title track, “20 Minutes,” and “Muscles” are laden with intimate details of his erotic outings — a far cry from the first time he used masculine pronouns to reference a lover on 2014’s “Real,” an early single. He attributes the increased lyrical vulnerability to simply striving to have more fun while songwriting, working with a small group of familiar co-writers and producers, and drawing inspiration from George Michael’s groundbreaking ’90s cruising anthems “Fastlove” and “Outside.” He sought to highlight aspects of LGBTQ+ romance that aren’t always present in mainstream pop culture. “I remember hearing [those songs] when I was younger and not fully getting the references at first but being so intrigued,” he explains. “I really wanted to put that into my own music, and be that bold in whatever way I want to be.”

The immense impact such tracks can have on shaping the views of Alexander’s queer listeners, especially young ones, isn’t lost on the performer. “When I listen back to Night Call, I hear the inherent fucking paradox of what it is to love someone. Desire is inherently full of conflict,” he says, knowing the album will likely mark some of his fans’ first times hearing about gay relationships and sexual encounters in a positive light. “I hope queer people listening feel like I was at least being honest about my own feelings, and that it’s OK to be honest about your own, too. We don’t ever really get the script for this stuff.”

While many came before him, Alexander arguably laid the groundwork for mainstream queer artists who’ve hit the scene since Years & Years debuted in 2012, thanks to his pursuit of the larger-than-life dreams he’s held since childhood. His prospects of mega-stardom didn’t always align with his ex-bandmates’ indie-pop vision, but since going solo, he’s been able to call every shot for the first time in crafting the Night Call era and its promotional cycle. “It’s not like I have this grand plan anymore, but I know a few things. I want to be as queer as possible in anything I do, and if I think it’s gonna be fun, then I’ll do it,” he says of accepting recent opportunities to host BBC’s slightly controversial 2022 New Year’s Eve special and collaborate with “the angel of [his] life” — Kylie Minogue — on a remix of lead single “Starstruck” and bonus track “A Second to Midnight.” (“Nothing can go wrong when Kylie is there. She sprinkles joy and happiness everywhere.”)

Beyond Night Call, options for Alexander’s future career moves are seemingly endless. He’s already started thinking about Years & Years’s next album, and recent recognition from legends like Minogue and Elton John means the door is wide open for collaborations. (“I’ll do anything connected to Rihanna.”) His critically-lauded performance in It’s a Sin has also sparked a creative itch for more acting work. Looking to combine his talents, he’s been conceptualizing a Twin Peaks-esque series centering queer characters for him to star in and soundtrack with original music. (“But now I’ve really got to do it, because I’ve put it out there.”) Whatever’s next for the multi-hyphenate, it’s clear Alexander’s in control. “I have random plans and ideas,” he says with a laugh. “I still don’t really know what’s gonna happen, but it’s gonna be gay.”