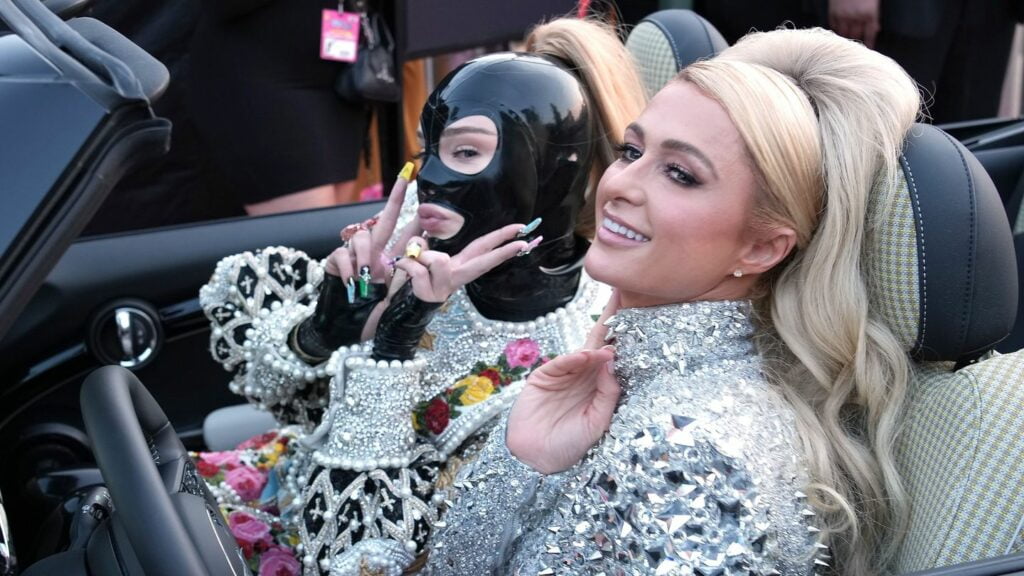 Ain’t nobody gonna stop Kim Petras from slaying the stage.

The German-born pop princess catapulted us into the future with her performance at the 2021 Video Music Awards pre-show on Sunday (September 12). Sporting a bubblegum-pink bodysuit after entering Barclays Center in a vinyl mask with her BFF Paris Hilton, Petras performed an electrifying, Lollapalooza-inspired rendition of her latest single, “Future Starts Now.”

Harness-clad backup dancers flanked her on both sides, upping the ante until Petras mounted a rotating part of the stage for a dramatic finish.

She was joined on the pre-show stage by electronic supergroup Swedish House Mafia and rapper Polo G, the latter of whom is in the running for Best New Artist and Best Hip-Hop.

The singer is best known for her house-inspired bops and transgender activism. (Her pre-show set was the same colors as the transgender Pride flag. It could’ve been a coincidence, but regardless, we’re obsessed.) “Future Starts Now” is her first solo single since 2020’s “Malibu,” but it won’t be her last. Speaking to Logo ahead of her pre-show performance, Petras described the sound of her next musical era as “Euro, loud, and audacious.”

Petras isn’t up for any Moonpeople this year. However, this was her VMAs debut, which is plenty of cause for celebration.