The song is fifth track on Bleachers’s upcoming album, Take the Sadness Out of Saturday Night, which will be released on July 30. On this pensive guitar ballad, Antonoff sings  that he wants to have “a secret life where they can get bored out of their minds,” away from chaos, with help from Lana.

“I just wanna have you in a secret life / ‘Cause I’m sick of chasing all these holy ghosts / Been tryna tell you I want you the most,” he sings on the chorus.

Del Rey brings her captivating voice for the second-verse lyric “Don’t I know that you think I think I’m better than I am.” She brings harmony later in the chorus.

This is not the first time Antonoff and Del Rey have collaborated together. In addition to their “Secret Life” duet, Del Rey is credited as a writer for the track “Don’t Go” on the upcoming album. Antonoff also co-produced and co-wrote the majority of the tracks for Del Rey’s previous two albums, Chemtrails over the Country Club early this year and Norman Fucking Rockwell! in 2019.

Take the Sadness Out of Saturday Night will be Bleachers’s third studio album and the first one in four years since the release of Gone Now in 2017. Lana Del Rey is expected to release another album later this year titled Blue Bannisters but an exact date is yet to be announced. 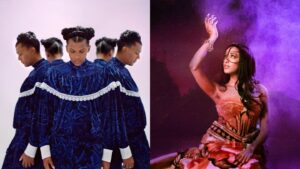 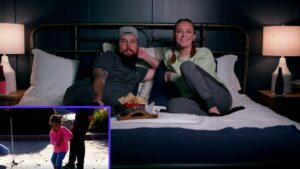