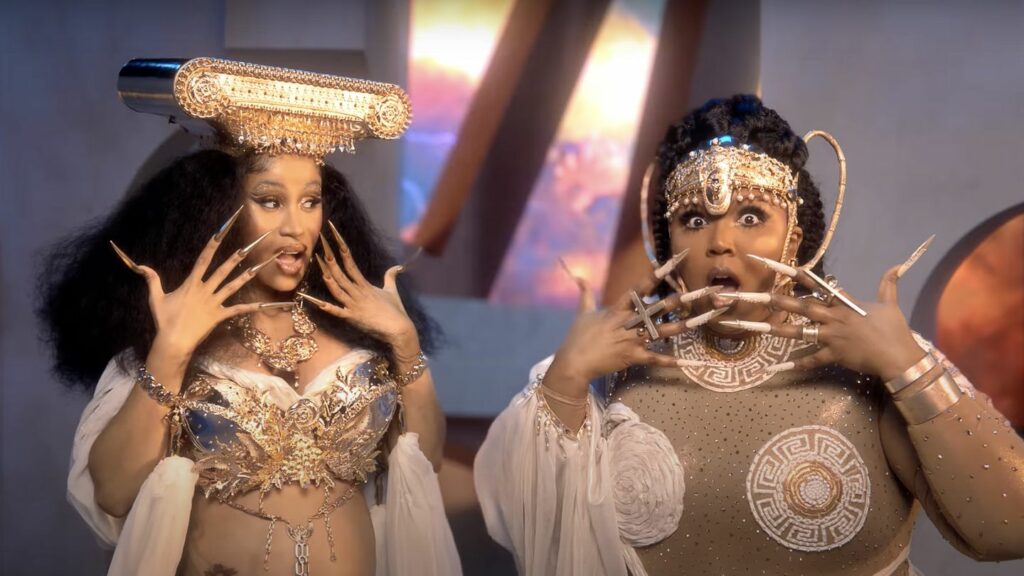 All the talk is true: Lizzo is your new muse. The Grammy-winning singer is back, ringing in a new era with her single “Rumors” featuring Cardi B, out Friday (July 13). And she is bringing some major Hercules vibes in the epic accompanying music video.

The visual begins with Lizzo adorned in gold bling and a matching laurel headdress on an animated amphora vase. As it rotates, we see her waving her arms as incense emerges from her armbands. Onto the first verse, Lizzo strolls across palaces adorned with plus-sized statues, animated wall murals, and giant Grecian pottery.

At the chorus, she and her crew of muses dance on top of Ionic columns. Cardi majestically enters the track on a throne, showing off her baby bump.

Lizzo first announced that she would be collaborating with Cardi on social media in the week preceding the release, posting a recorded FaceTime call with the Bronx rapper. “That’s who’s featured, y’all. Period.

4 on the Billboard 200 charts. The singer is expected to perform at multiple festivals this fall, beginning with the Bonnaroo Music & Arts Festival on September 4, where she will be the first woman to headline, and Global Citizen Live on September 25.