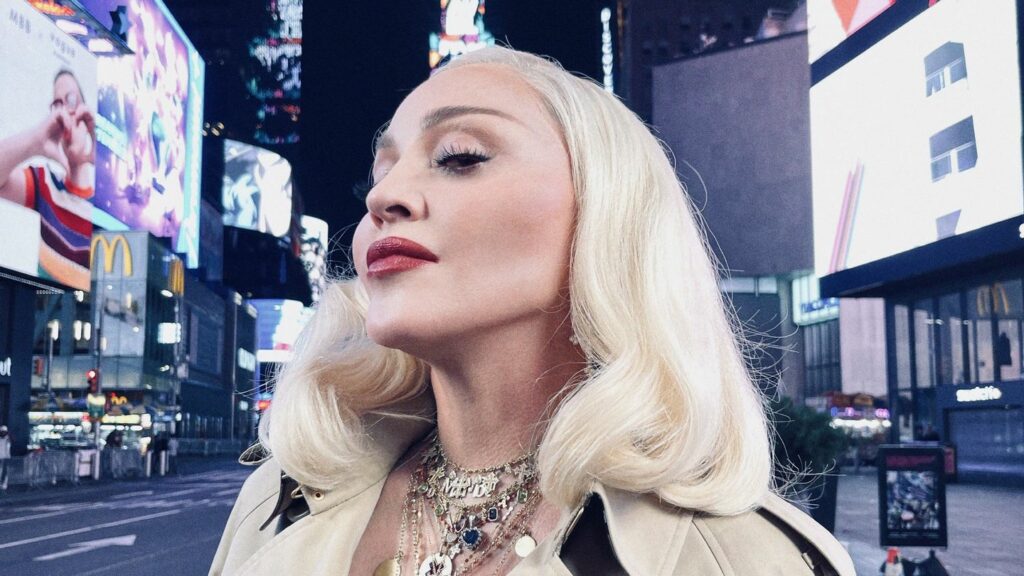 Madame X is a secret agent traveling the world, and her latest top-secret mission took her to New York’s Times Square where she opened the 2021 MTV Video Music Awards.

Madonna is no stranger to the award show’s stage, she has caused a commotion numerous times on the VMAs, racking up an impressive 20 moonpeople over the course of her career, including a 1986 Video Vanguard Award, making her the first female recipient of the award in VMAs history.

Now Madonna has returned to the event for the first time since her Aretha Franklin tribute on the 2018 telecast, this time as her super-spy alter-ego, Madame X, a character she brought to life for her most recent studio album, and will revive for her Madame X documentary film, premiering October 8 on Paramount+.

Only the queen of pop, and an artist synonymous with New York, could open the VMAs as the annual awards show makes its triumphant live return to Brooklyn’s Barclays Center. In a voiceover, Madonna rides in the back of a taxi cab, recalling arriving in New York 40 years ago, telling the cab driver to take her to the “center of it all,” and being dropped off in Times Square with “$35 and a pair of dance shoes.”

Dressed in a Burberry trenchcoat and a pair of Louboutins, steps out of the taxi, surrounded by giant video screens projecting some of her biggest music videos. Then she was transported from Manhattan to Brooklyn’s Barclay’s Center, where she took the stage to kick off this year’s festivities, celebrating MTV by telling the audience: “And they say we wouldn’t last, but we’re still here motherfuckers.”

From her “Like a Virgin” stage roll to her iconic Rococo-inspired “Vogue” dance number, and sharing a kiss with Britney Spears and Christina Aguilera in 2003 — Madonna is a master at creating memorable VMAs moments, and her 2021 appearance was no exception.