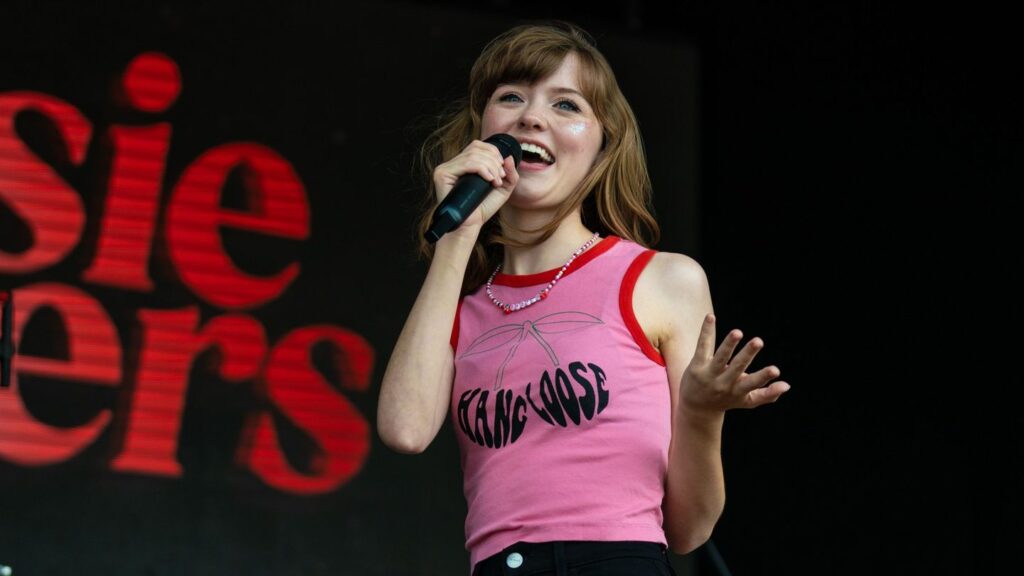 It takes a special collection of qualities for an artist to amass their stans. The music obviously has to be great, but it requires more: a business mind able to navigate the industry, a voice and the knowledge of how to use it, and perhaps most importantly, a willingness to give generously from their own life and experiences. Maisie Peters, the 21-year old British songwriter who has already captured the attention of both adoring fans and icons like Taylor Swift and Ed Sheeran, checks all those boxes. As she nears the release of her debut album You Signed Up For This, on August 27, Peters is leading the next generation of stan-worthy stars.

Although You Signed Up For This may be her debut, Peters has already spent years honing her sound. “I’ve been co-writing since I was 15, I’ve been writing since I was 12,” she explains. EPs Dressed Too Nice for a Jacket and It’s Your Bed Babe, It’s Your Funeral — released in 2018 and 2019 respectively — established her delightful combination of danceable production and singer-songwriter sensibility, furthered by catchy recent tracks like the upbeat “Psycho” and wistful “John Hughes Movie.” At the same time, her inclusion on soundtracks like Birds of Prey brought her to the cultural forefront.

A dedication to being completely herself reflects in the wide range of sonic elements Peters employs on YSUFT. Tracks like “Psycho” rely on synth-heavy dance-pop production to provide energy and fun, while others like “Volcano” slow down and showcase a more intimate feel. “I want it to encapsulate everything that I love and everything that I’ve been making, and obviously I’m rooted in singer-songwriter, acoustic sort of folk-pop, but I also grew up on ABBA and Taylor [Swift] and Britney [Spears] and all of these people. I wanted that in there as well,” she says. (Peters is a massive Swiftie. She’s briefly distracted during the conversation by friends and fans flooding her phone with the news that Swift is teasing the re-recorded Red tracklist.)

Swift has made it known she’s a fan of Peters, too, tweeting praise for a recreation of the “Exile” video Peters and fellow artist Griff made in December 2020. Additionally, YSUFT is releasing through Sheeran’s record label Gingerbread Man, adding another layer of incredulity for the young artist. “It’s very surreal. Obviously, I grew up on Ed’s and Taylor’s music, and Taylor’s my all-time idol. And Ed is obviously a huge part of the music that I make and the reason why I make it. So it’s been really cool working with Ed and getting to know him as a friend and a mentor,” she says.

A key facet of Peters’s music, like her idol’s, is the clarity with which she captures her feelings as she went from being a teenager into her twenties and adulthood. From bothersome exes to wistful memories of friends, YSUFT is the story of her life. “It’s such a cool way of keeping a log of how you felt, how you sounded, and what you wanted to present to the world,” she says, rattling off different ages and time periods of when each song was created. It was writing daily that helped her find her voice. “There’s so much that you can’t learn unless you just do it every day for six years and unless you go into those rooms and write a song, and then write a song, and then write a song,” she says, repeating for emphasis. She’s been dreaming of making this album as she’s grown up, and getting to finally do it is “really special.”

The bones of YSUFT formed around July 2020, by Peters’s estimation. “There are a couple songs on the album from before then, but I think that summer is when it really started taking form and I was really focusing on the fact that I was making the album,” she explains. With around 70 percent of the tracklist locked in, most songs only needed the last layers of production to be done, but Peters did tinker. “I re-sang a lot of stuff. I think it’s crazy how much your voice changes even in six months,” she says, indicating that she wanted the final product to sound as close to the person she is right now as possible.

Peters does not take for granted that many of her fans are her age and will connect personally with her music. Everything on the album is something that she herself or one of her friends has been through in real life, which gives each of her songs an ever-important ring of truth.  “Any other teenage, early-twenties girl can find them and listen to them and think, ‘Wow, that’s me.’” She’s quick to give praise to her peers in the new generation of young female musicians, too, ranging from Griff to Holly Humberstone, as well as acknowledging that she’s building on the work of the women who came before her, citing Swift and Lily Allen among others.

Peters will happily tell anyone what she’s thinking as well. The same gregarious, fun-loving personality shines across her social media accounts to her 206,000 Instagram followers. Recently, she’s teased easter eggs of songs and album covers (as of early August, she says there are some fans still haven’t found) and leaned hard into the term “feral girl summer,” which, in her own words, means “I’m living the best life regardless of the consequences, arguably, maybe?” Laughing, she says, “It’s just really natural for me to sort of be an idiot.”

Even more than fun memes and feral girl summer, Peters is excited to share the spiritual ownership of YSUFT once it’s released. “I always say a song is mine for as long as I have it, but then I release it and it really becomes everybody else’s. It’s actually less mine and more yours once it’s in the wild,” she says. She loves seeing people sing her songs online and is proud of the community and “album friends” that spring up from around her music. There’s no central message she wants taken away from listening to the album, and she encourages every listener to draw their own meanings and feelings. “I would love anything, anything that anyone takes away from it is more than enough,” she says. “The idea that this album and the songs can be part of people’s lives, it’s so cool and special and wild that I would love that.” 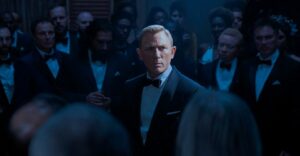 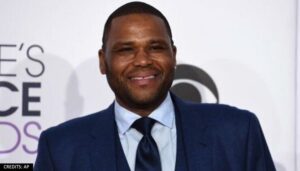