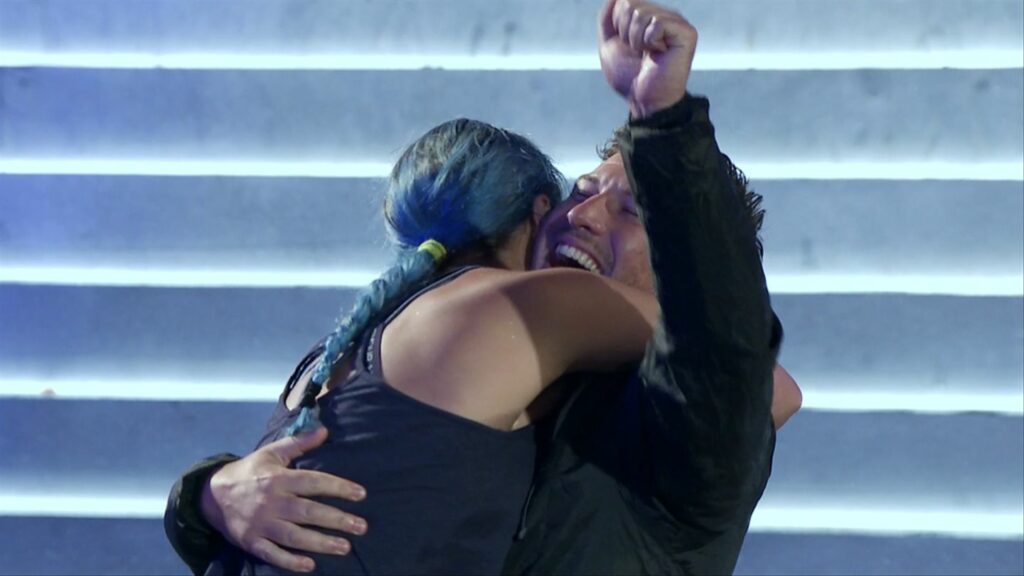 There’s been an unmistakable pattern of twos taking shape on Spies, Lies and Allies. For the second Challenge season in a row, Aneesa was named the winner of the inaugural mission; for two weeks running, two rookies have been eliminated by two other rookies. And on the latest episode of Season 37 — once again — Devin and Tori were each stolen away by the Lair-victors (that’s twice now).

And while Devin certainly has his strengths, even he — one of the game’s smaller guys — seemed surprised that he’s been the No. 1 draft pick over the likes of heavy-hitting male vets like CT, Fessy or Nelson. So, if there is, indeed, something newly covetable about Devin, what is it, and why is he suddenly the must-have partner in The Challenge?

On the show’s latest episode, and after eliminating Kelz and Tracy from the game with the help of partner Ed, Emy, who was noticeably emotional after being voted into The Lair, saw Devin as her best hope of advancing in the game. Without flinching, she stole the Are You the One? export away from Michele, leaving certain cast members — including Devin — visibly shocked.

But just a week before, Devin was sure it was he and Michele that would make the perfect duo. After Michele and Corey bested Michaela and Renan in The Lair, Devin subtly signaled to victor Michele that he was interested in joining forces. Michele, whose back was against the wall as a rookie, saw Devin as a means to secure a stronger place in the game.

“I know what he lacks for in brute strength he makes up for in brains,” Michele said while laughing. “[But] he’s not humble at all.”

And she wasn’t wrong — long before partnering up with Emy, his gloating tour had already begun.

“Number One draft pick,” Devin said as he assumed a spot next to Michele. “I’m the man! Best partner ever.”

But considering the crop of veterans — a male champion and several multi-time finalists among them — elsewhere on Season 37’s roster, what is it about Devin, who hasn’t made it to a final since his inaugural Rivals III outing, that has suddenly made him such a get? Is it his knack for strategy? Penchant for mind games? Ability to take out feared vets like Zach and Wes in elimination rounds?

There’s certainly something about Devin this time around — tell us what you think it is, and hang tight for the next Spies, Lies and Allies episode!