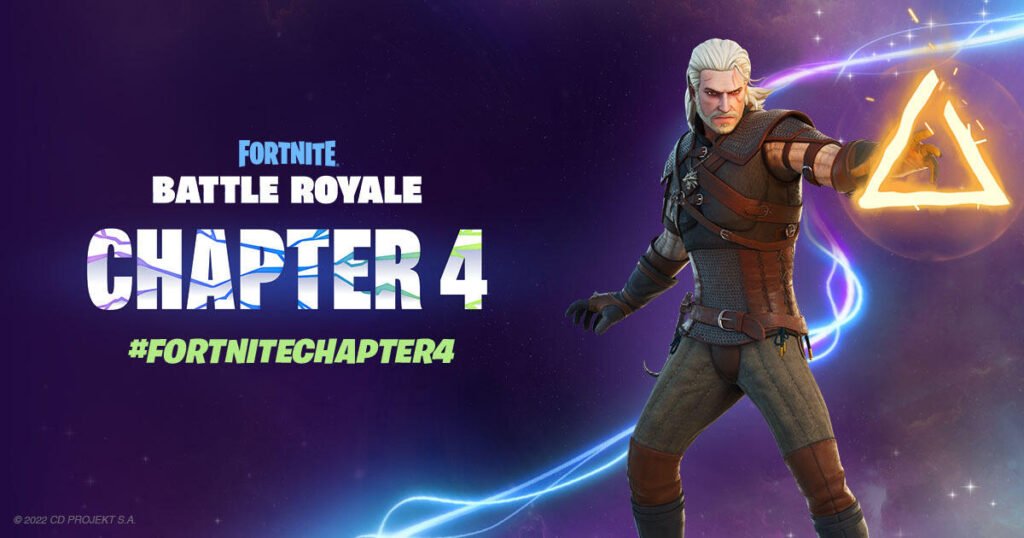 The actual cinematic trailer is live now so I’m updating this post with the official—and nicer looking—video (above).

This was the final segment in today’s Fractured live-event which you can read about here.

Obviously big spoilers ahead and in the video.

Basically, it appears that Brie Larson’s Paradigm has lost the battle against the mysterious oozing Chrome that has taken over the map during the ‘Paradise’ season.

She’s forced to destroy the map entirely and piece together a new one, telling the players that she can’t help them anymore. From here on, they have to help themselves.

I admit, I’m a bit lost in the game’s current narrative, which they haven’t really fleshed out much recently. This propels us into a new Chapter narratively also, though it’s unclear what comes next even after watching the trailer.

I suppose Christmas stuff comes next! The Days Of Fortnite event, Christmas presents and so forth, all on a brand new map. That should be fun!

Fortnite Chapter 4 has arrived, and maybe more exciting than anything else is its new map. The new Fortnite map has some touchstones of past maps, like various biomes, a mountain range, and a wintry section that will no doubt be the focal point of the forthcoming winter event. Here’s a breakdown of everything we’ve learned about the new Fortnite Chapter 4 map.

It’s a whole new island this season, so naturally there’s a lot more to see than just a few new landing spots. Still, a few locales might look familiar if you’ve been playing Fortnite for a while. The Citadel is a medieval village somewhat like where Geralt of Rivia might pass through–which is perfect since he’s in the Chapter 4 Season 1 battle pass.

To the northeast is a snowy section that includes drops such as Brutal Bastion and Lonely Labs. Whose labs? It’s hard to say for now, but we’ll be investigating it this week, no doubt. Frenzy Fields marks the lush green space of the map, though such visuals extend to Slappy Shores and, to an extent, Faulty Splits, as well.

Mechanically, a new addition comes in the form of vaulting. Simply sprint toward a waist-high object and you’ll automatically leap over it without slowing down or needing to jump manually. If that’s not fast enough for you, motorcycles make their debut this season. They have room for two and can be shot off of, even by the driver. It looks like you can do tricks too, according to the launch trailer above.

Kinetic Ore is a new material we’re actively investigating, and is said to give players a way of manipulating physics, which ought to prove useful. These new locales offer plenty of ways to test out the Chapter 4 weapons, or you can try out the new Augments system, which grant buffs and abilities such as faster reloading or a way to always redeploy your glider to players who equip them. You can even dislodge giant snowballs, like boulders, and jump inside them to launch sneak attacks on your foes.