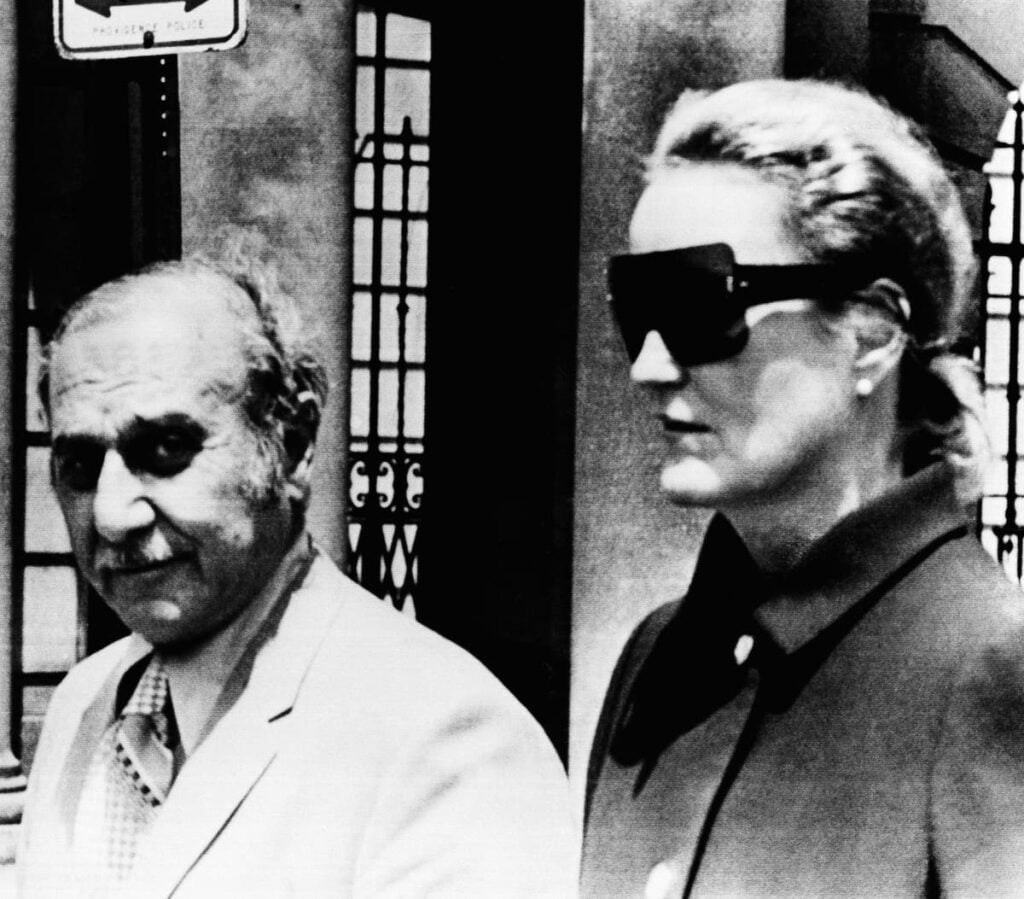 When Doris Duke, a fabulously wealthy tobacco and power company heiress, ran over and killed a longtime employee and confidant at her Newport Rhode Island mansion in 1966, police took her at her word that it was an accident.

But the story of the killing at Duke’s Rough Point estate, which has resonated in the seaside tourist mecca, is being challenged by a witness — the paperboy.

Bob Walker, a Marine Corps veteran, says he was there the day Duke killed 42-year-old Eduardo Tirella, driving into him twice with a 2-ton station wagon as he screamed below it.

Peter Lance, an author and journalist whose meticulously researched book, “Homicide at Rough Point,” investigated the killing, recently interviewed Walker, who was 13 years old in 1966.

“This is one of those stories that is still talked about in Newport,” said Lance, a city native who got his first reporting job at The Newport Daily News several months after Tirella’s death. “I read a Facebook page for Newport residents and every three or four months someone brings this up.”

Walker, now 68, says in a video interview with Lance released Thursday by Vanity Fair that he never went to police to tell them what he saw that day on the advice of his father, who feared for his son’s life. The older man warned his son that Duke was a “rotten person” who “had some people on her payroll who were very unscrupulous.”

After reading Lance’s book, Walker last month went to police to give investigators his account of events, which he had only previously shared with a small circle of family and friends. Newport police in an email told Lance they are now reexamining the case, even though Duke died in 1993. Calls to Newport police were not immediately returned.

Walker, who was on his bike delivering The Newport Daily News, told Lance he first heard “two people obviously arguing and screaming at each other.”

When he came on the scene, he said he saw Duke get out of a car and move her body to block his view. He asked her if she wanted any help and if she wanted him to call police, and he said she screamed at him to leave.

Tirella had worked as a designer for Duke for several years. On the day of the death, the pair were taking the station wagon to look at an artifact, according to Lance’s book. But Duke was allegedly furious at Tirella for telling her that he was leaving her to become a set designer in Hollywood.

Police conducted a brief interview with Duke several days later at which point investigators took her at her word.

She said Tirella was driving but had gotten out of the car to open the estate’s massive wrought-iron gates, so she got behind the steering wheel to drive through the gates. She told police the car suddenly “leaped forward.” The police report said Tirella was crushed against the gates.

But that’s not what Walker heard. He said he distinctly heard two impacts. And his recollection of events matched a police investigator who concluded that Duke struck Tirella once, sending him onto the hood of the car, then when he fell off, accelerated again and ran him over. The car ended up careening across the street where it struck a fence and tree.

Walker, in a telephone interview, said he never bought the official account of the death and went to police as a civic duty.