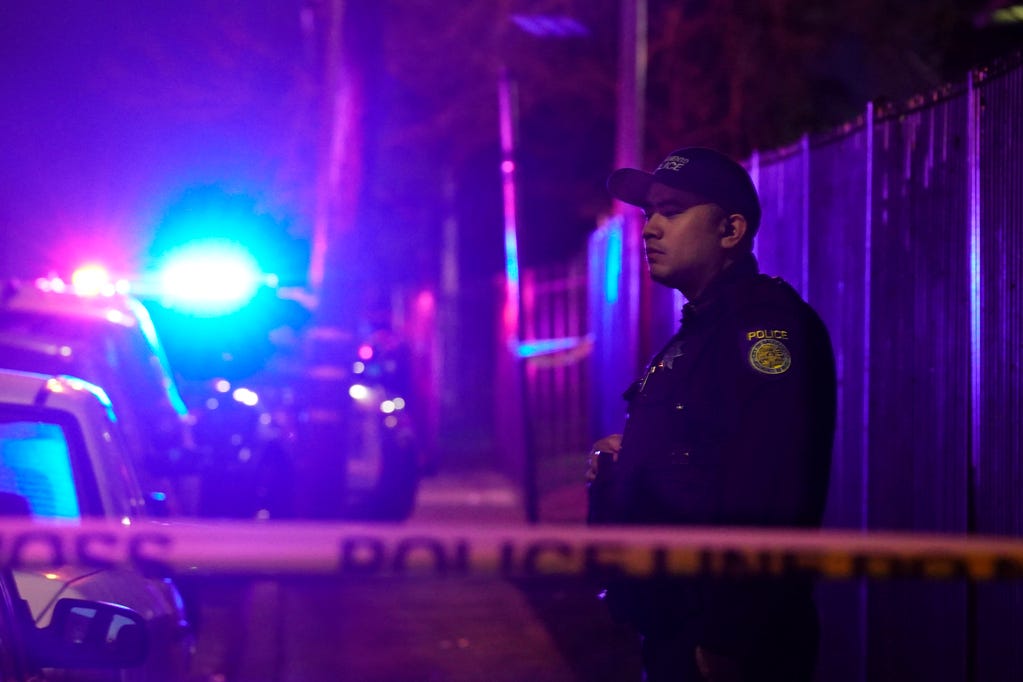 Five people are dead after a man opened fire Monday night at a Sacramento church and killed his three children, then fatally shot himself, authorities said.

A fifth person killed was also killed in the shooting, said Sgt. Rod Grassmann, a spokesperson for the Sacramento County Sheriff’s Office.

Three of the victims who died were under the age of 15 and were the gunman’s children, the sheriff’s office confirmed. All of the victims died at the scene of the shooting, according to authorities.

The shooting happened at The Church in Sacramento in the Arden-Arcade neighborhood of the city around 5:00 p.m., in the main sanctuary area of the church, Grassmann said. A church worker was upstairs when they heard gunshots and called the police.

The gunman was estranged from the childrens’ mother, who had a restraining order against him, a police official said.

Sacramento County Sheriff Scott Jones said investigators believe the shooting happened during a supervised visit with the children, and a fourth victim, an adult, was the chaperone.

“We’ll be out here, I’m sure, most of the night going through this,” Grassman said. “There will be a lot of physical evidence that needs to be collected.”

There were other people besides the family inside the building at the time of the shooting, officials said. It was unclear whether the church was holding a service or some other event.

“Another senseless act of gun violence in America – this time in our backyard. In a church with kids inside. Absolutely devastating. Our hearts go out to the victims, their families and their communities,” his tweet read.