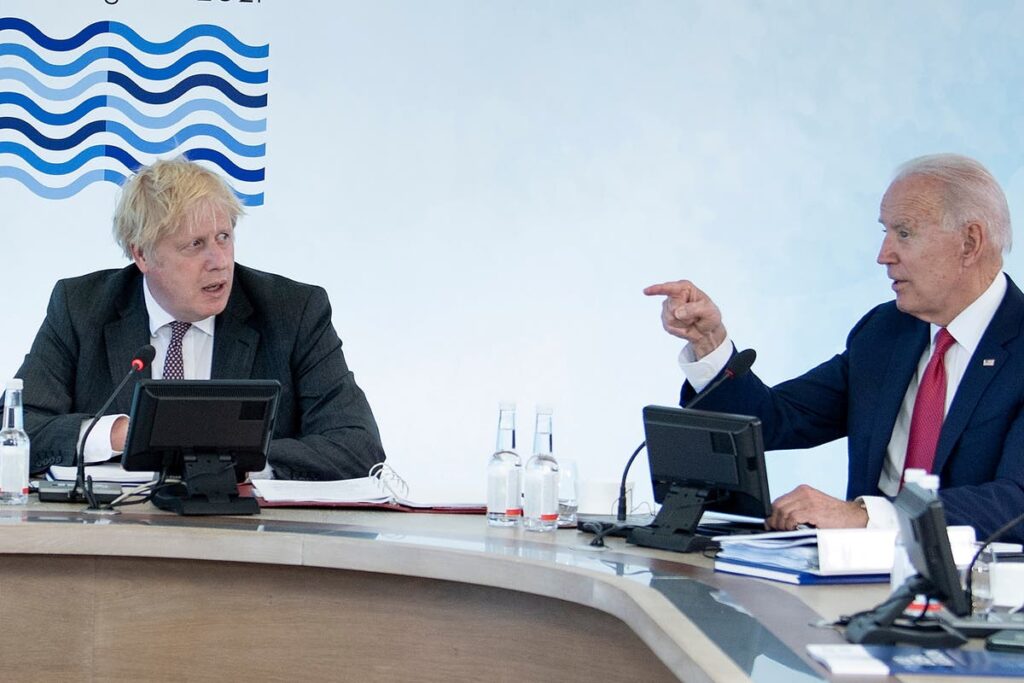 Joe Biden spoke with UK prime minister Boris Johnson on 17 August on the president’s first foreign call following the fall of Kabul and rapid collapse of Afghanistan to Taliban control amid US withdrawal.

The White House reports that the two men “discussed the need for continued close coordination among allies and democratic partners on Afghanistan policy going forward, including ways the global community can provide further humanitarian assistance and support for refugees and other vulnerable Afghans.”

They are expected to join a virtual session with G7 leaders next week “to discuss a common strategy and approach,” according to a White House statement.

Downing Street reported that the US and UK “agreed on the need for the global community to come together to prevent a humanitarian crisis in Afghanistan,” with the prime minister committing to “increased humanitarian aid to the region and resettlement of refugees.”

“The Prime Minister stressed the importance of not losing the gains made in Afghanistan over the last [20] years, of protecting ourselves against any emerging threat from terrorism and of continuing to support the people of Afghanistan,” according to a statement.

US lawmakers intend to scrutinise the Biden administration’s withdrawal and apparent failure to anticipate the rapid collapse of Afghan security forces. as well as Donald Trump’s “negotiations” with the Taliban as his administration avoided an exit plan from America’s longest war.

White House press secretary Jen Psaki told reporters on Tuesday that 11,000 US citizens remain in Afghanistan, and US Central Command Gen Frank McKenzie said in a statement that US forces are prepared to “fully support US Embassy efforts to process and evacuate US citizens, partners, special visa applicants, and Afghans at risk.”

Writing in The Independent, Peter Mandelson, an adviser to former Prime Minister Tony Blair, who joined then-President George W Bush to send thousands of troops into Afghanistan in the wake of 9/11, criticised the Biden administration’s response, “made without the least interest in Britain’s position and without any canvassing of the British prime minister’s views” or reflecting the “moral obligation” to the Afghan people.

“The indifference was deafening,” he said.