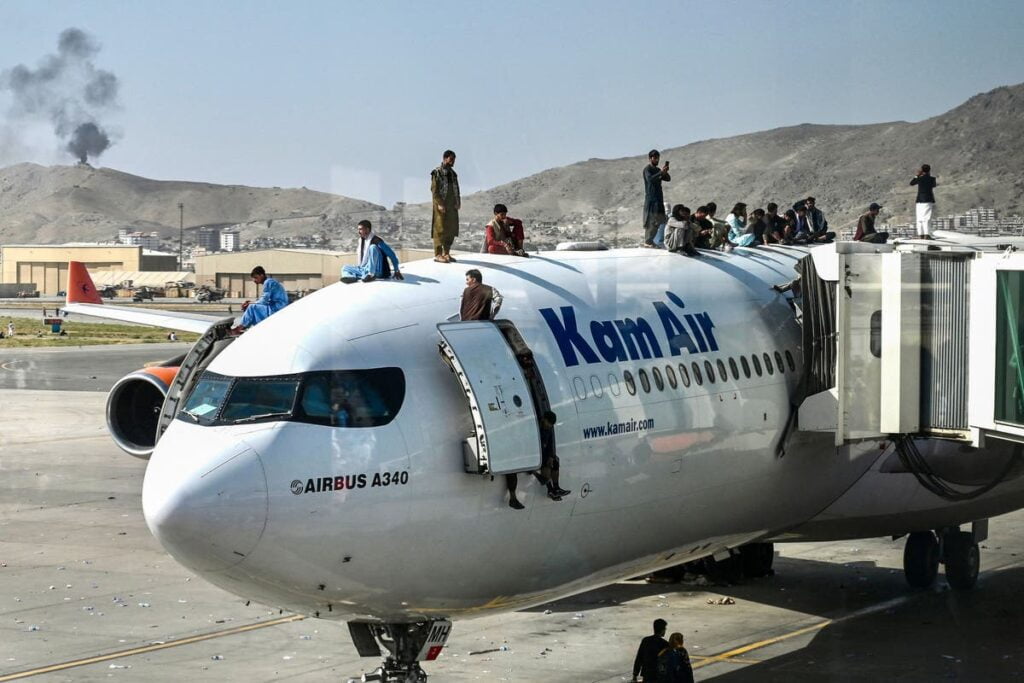 The White House will not commit to bringing every American home from Afghanistan as the deadline for the US military’s complete withdrawal from Kabul approaches.

Joe Biden’s National Security Adviser refused to confirm if US troops would remain at Kabul’s international airport beyond the end of August if all Americans had not yet been evacuated from the country.

“I’m not going to comment on hypotheticals, I’m going to focus on the task in hand, which is getting as many people out as rapidly as possible and we will take that day by day,” Jake Sullivan said at a White House press conference on Tuesday.

Mr Sullivan faced reporters a day after chaotic scenes unfolded at Kabul airport, with thousands of Afghans trying desperately to climb onto flights leaving the country to escape the Taliban.

The hardline Islamic group swept into Kabul over the weekend to take control of the country as US forces prepared for their final withdrawal after 20 years in Afghanistan.

The Biden administration has come under withering criticism for the debacle, which saw seven people die at the airport, but has defended the withdrawal as a necessary action.

Mr Sullivan said that the US was putting 300 Americans and allies on every cargo plane leaving Kabul and insisted, “We are getting people through the gate.”

He insisted the Taliban had given assurances that the US would be allowed to get its people out fo the country safely via the airport.

And Mr Sullivan insisted that the US had told Americans in Afghanistan for weeks that they should leave the country.

“We communicated with American citizens for weeks telling them to get out of the country…many chose to stay right until the end,” he added.

He was also asked whether the country’s former president, Ashraf Ghani, would be granted asylum in the US after fleeing the country and leaving it to Taliban forces.

“I’m not familiar with any such requests and I’m not going to get into hypotheticals,” he said.

Mr Sullivan also addressed US military equipment now bing in the hands of the Taliban.

“Certainly a fair amount of it has fallen into the hands of the Taliban and obviously we don’t have a sense that they are going to readily hand it over to us at the airport,” he said.