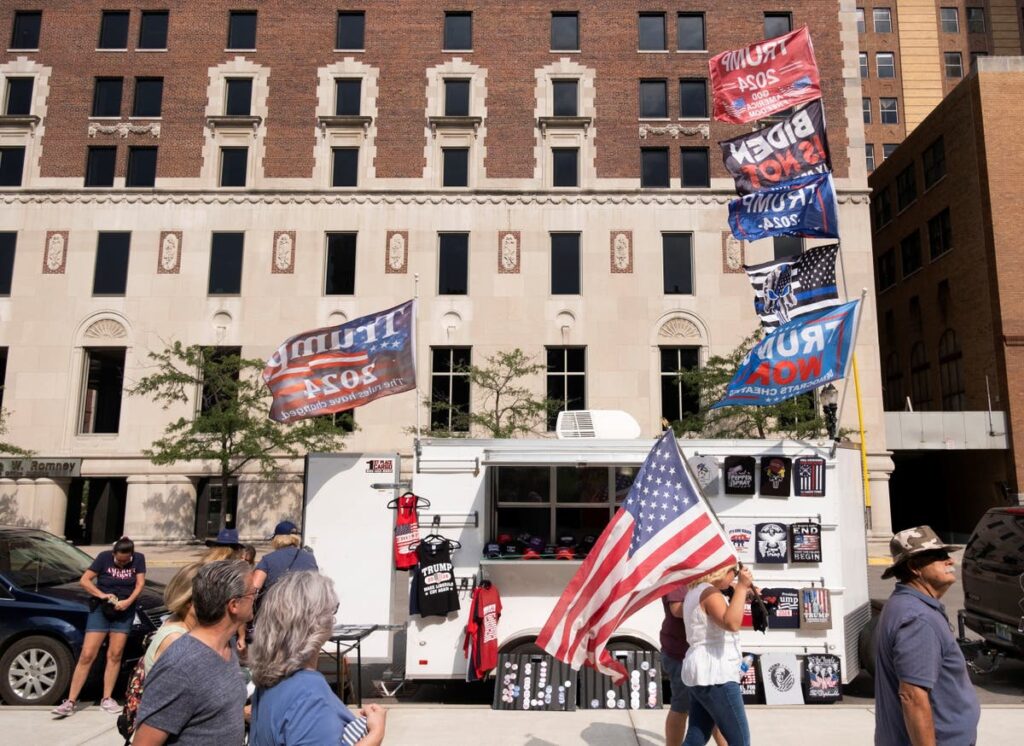 A new poll from Fox News shows that just under a third of those who voted for former President Donald Trump in the 2020 election don’t plan on ever getting vaccinated against the coronavirus.

The survey also revealed that Trump voters are about ten times more likely to refuse inoculation than supporters of President Joe Biden.

Among Trump supporters, 32 per cent said they don’t plan on ever getting vaccinated – three per cent of Biden voters said the same.

In the Biden camp, 86 per cent said they had already been vaccinated, while 54 per cent of Trump voters said the same.

The figures display the stark partisan divide in fighting the pandemic as the highly transmissible Delta variant spreads across the country, putting hospitals mainly in the South on high alert.

Around half of all Floridians remain unvaccinated, and the Sunshine State is now averaging around 20.000 new cases every day, according to the Centers for Disease Control and Prevention.

Vaccine mandates and requirements was also a significant dividing factor between Republicans and Democrats, the poll showed. Among Trump supporters, 77 per cent said it was more important that people be allowed to choose whether to be vaccinated, compared to 16 per cent among Biden voters.

Biden supporters, by a large majority of 81 per cent, instead thought that it’s more important to prioritize overall public health by mandating vaccinations for those wishing to take part in everyday activities. Only 21 per cent of Trump voters agreed.

Last month, the Biden administration announced that federal employees would have to be vaccinated or submit to regular testing and wearing masks while at work. On Monday, the administration said that the Pentagon will look to make vaccinations mandatory for all 1.3 million active-duty troops “no later” than the middle of next month.

The Fox News poll was conducted 7 to 10 August, included 1,002 registered voters across the US, and has a margin of error of three percentage points.