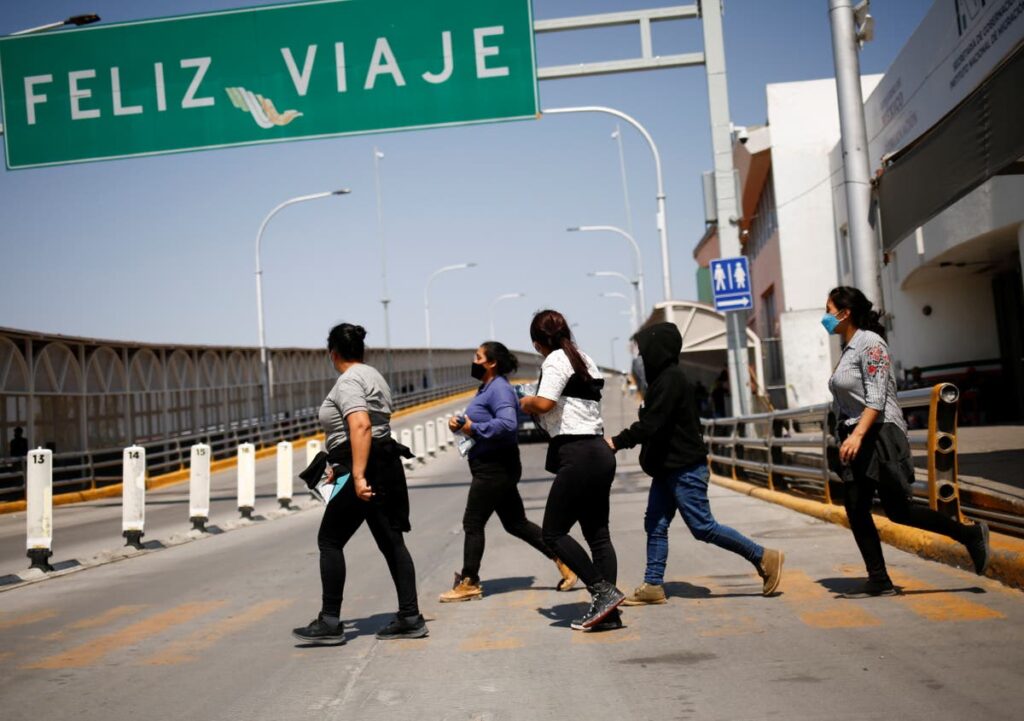 A federal judge has directed President Joe Biden’s administration to stop using a public health rule that has blocked thousands of migrant families from entering the US during the coronavirus pandemic.

US District Judge Emmet Sullivan has barred the federal government from expelling migrants under Title 42, a provision under the Public Health Service Act and initially invoked during Donald Trump’s presidency but kept in place under the Biden administration.

The order takes effect in 14 days.

Title 42 provisions were challenged by a group of civil rights and immigration advocacy groups including the ACLU, Texas Civil Rights Project, RAICES, Center for Gender & Refugee Studies and Oxfam.

Omar Jadwat, director of the ACLU’s Immigrants’ Rights Project, said in a statement that Mr Biden “should have ended this cruel and lawless policy long ago, and the court was correct to reject it today.”

Judge Sullivan’s 58-page ruling issued on 16 September finds that Title 42 does not authorize the expulsion of people seeking asylum, who are denied the “opportunity to seek humanitarian benefits” provided in US law as well as international accords.

US law provides that anyone entering the country is eligible to apply for asylum, a form of humanitarian protection for those fleeing violence and persecution from their home countries.

But the former president’s invocation of Title 42 effectively suspended asylum laws, leading to the immediate expulsions of thousands of asylum seekers since the onset of the public health crisis.

Within the first six months of Mr Biden’s presidency, US border enforcement agencies recorded more than 400,000 expulsions under Title 42, according to data from US Customs and Border Protection.

Within that time, human rights groups and immigration advocates recorded more than 3,000 attacks against asylum seekers expelled from the US at its southern border with Mexico.

By the end of August, that figure surged to more than 6,000 incidents of kidnappings, rape, human trafficking and violent armed assaults, based on interviews and surveys with asylum seekers and information from humanitarian relief groups and immigration attorneys.

Kennji Kizuka, associate director for research on refugee protection at Human Rights First, said in a statement last month that the administration is“expelling asylum-seeking families and adults to the very same dangers that asylum seekers were forced to endure under the Trump administration’s illegal expulsion and Remain in Mexico.”

“Seven months into this administration, President Biden cannot continue to ignore the exploding human rights travesty his expulsion policy is causing,” he said.

The ruling marks the latest legal shift to the administration’s immigration agenda, following a US Supreme Court ruling that ordered the reinstatement of the so-called ‘Remain in Mexico” policy that denied people from staying in the US while their asylum cases were pending, forcing thousands of vulnerable migrants into dangerous encampments on the other side of the US-Mexico border.