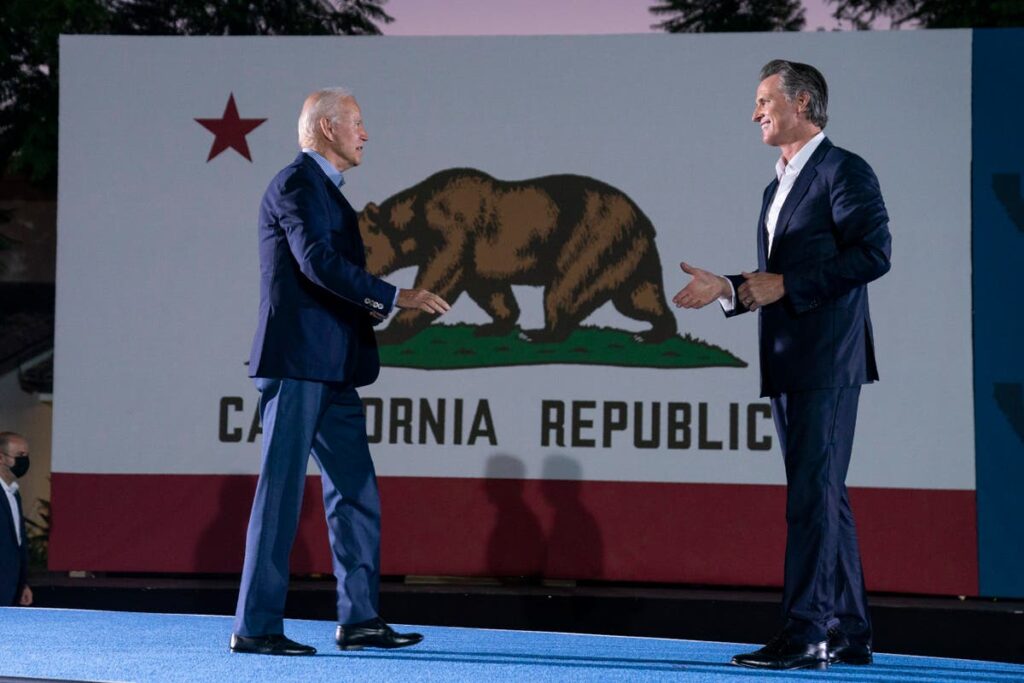 Joe Biden, in a last-minute bid to fend off the recall election of California governor Gavin Newsom, said that a vote for Republican candidate Larry Elder would be a vote for Donald Trump.

The US president urged voters on Monday night to reject Republicans’ efforts to oust Mr Newsom from office.

Mr Newsom is the fourth governor in US history and the second in California to face a recall election. In a recall election, voters have the power to remove an elected official and decide who should replace them.

The only other time a recall election was held in California was in 2003, when voters removed Democratic governor Gray Davis and replaced him with Republican Arnold Schwarzenegger.

“You can either keep Gavin Newsom as your governor, or you’ll get Donald Trump,” Mr Biden said on Monday. He compared Mr Elder to a “clone of the former president” and said: “It is not a joke.”

Mr Biden addressed a rally on Monday evening in Long Beach where Mr Newsom was also present. The polls so far show a comfortable lead for the incumbent, Mr Newsom.

Mr Newsom took office in January 2019 but in early 2020, some Republican organisers began the recall election drive against him.

Mr Newsom tweeted: “We can show the rest of the nation that we won’t let Republicans drag our state backwards. Make sure your voice is heard. VOTE NO.”

Nr Newsom went on stage before the president and said: “We may have defeated Donald Trump, but we have not defeated Trumpism.”

Meanwhile, Larry Elder, the Republican leading candidate, said on Monday that there was “no front that I can think of where this man has done a good job — not on schools, not on homelessness, not in the way he shut down this state”.

On Monday, Mr Elder appealed to voters to use an online form to report fraud, which claimed that it had “detected fraud” in the results of the California recall election “resulting in governor Gavin Newsom being reinstated as governor”.

Though the online form was available on Monday, the election had not yet taken place at that time.