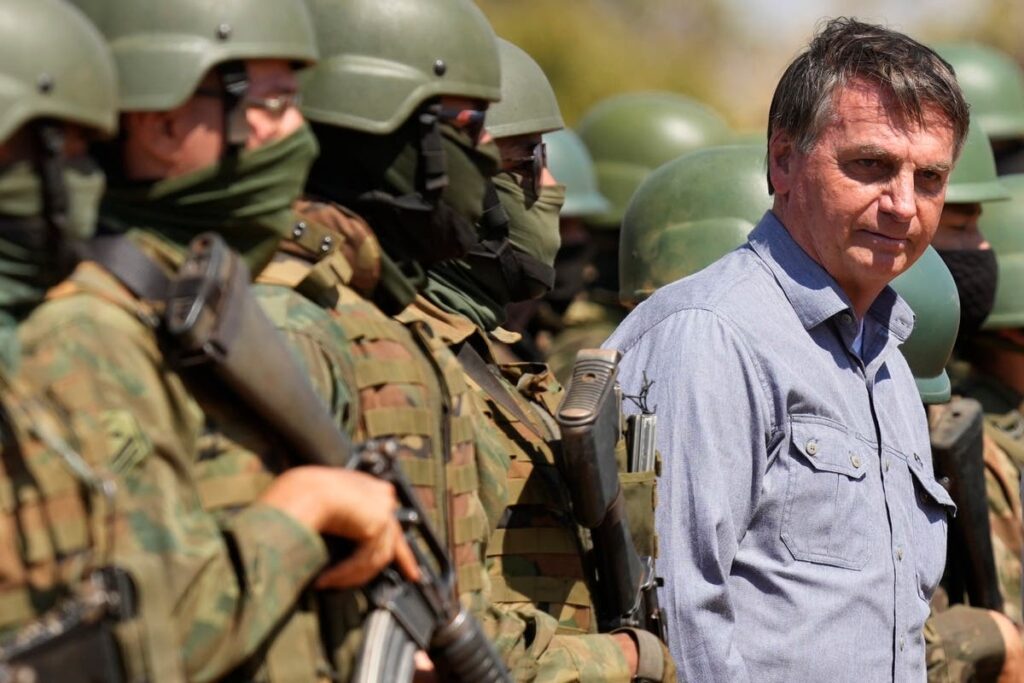 Brazilian president Jair Bolsonaro has said he sees only three alternatives for his future: victory in the 2022 presidential elections, prison or death.

Speaking at a meeting of evangelical leaders on Saturday, Mr Bolsonaro said: “I have three alternatives for my future: being arrested, killed or victory.”

He later added the first option – being arrested – was out of question. “No man on Earth will threaten me,” he said.

Tensions have been building between the country’s judiciary and election authorities, and the president, who is hoping to run for a second term next year.

Mr Bolsonaro has spent weeks questioning the country’s electronic voting system and has called for the adoption of printed receipts, claiming without evidence that electronic ballots are vulnerable to fraud.

He has also threatened not to accept the results of next year’s presidential elections.

In the meeting on Saturday, he once again criticised Brazil’s electoral court. “We have a president who neither desires nor provokes a rupture, but everything has a limit in life. I can’t continue to live with this,” he said.

On Wednesday, the head of Brazil’s electoral court insisted there was no problem with the voting system, calling a discussion to adopt printed ballots “a waste of focus”.

Earlier this month, the lower house of Brazil’s Congress voted down an effort by Mr Bolsonaro to alter the voting system.

While grappling with coronavirus, which has killed more than half a million Brazilians, the country is also facing a deep political crisis, which has led to high inflation, hunger and unemployment.

Mr Bolsonaro this week suggested everyone should own a rifle in Brazil, where firearms ownership has alreadt soared under his presidency.