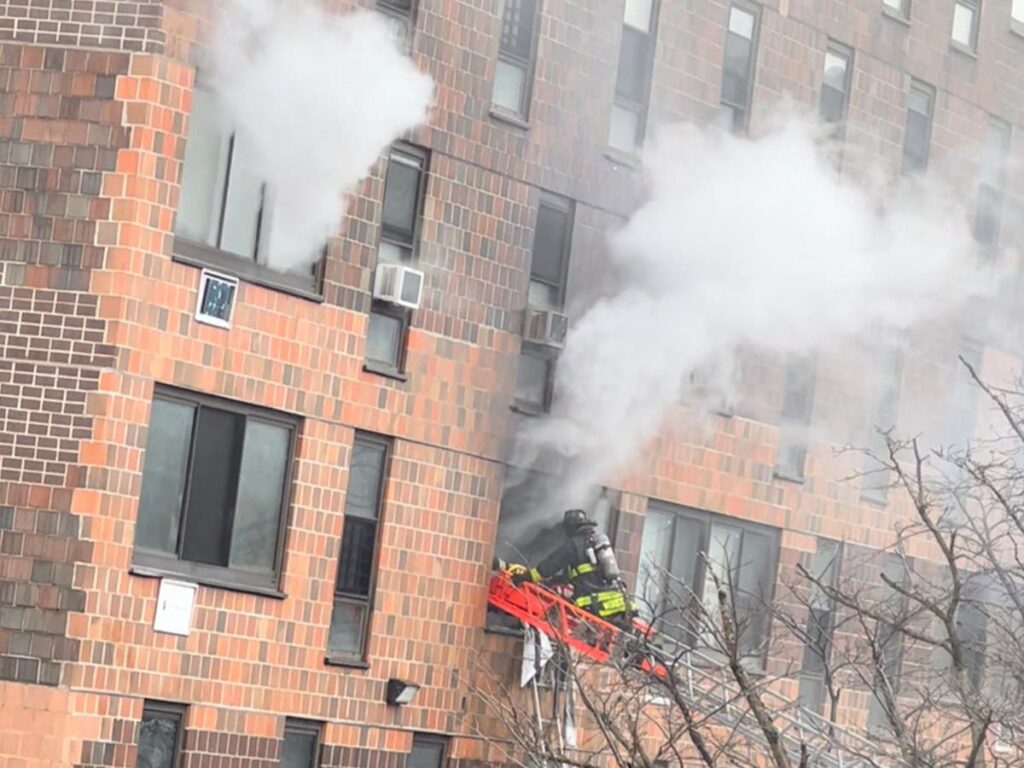 At least 19 people, including nine children, have been killed and dozens injured in a fire at a high-rise apartment building in New York city’s Bronx area on Sunday morning.

Here’s everything we know so far about the blaze – said to be the deadliest witnessed in the city in 30 years – that began on Sunday morning in New York.

What started the Bronx fire?

Fire department officials said the fire started from a malfunctioning space heater being used to supplement heating in a duplex apartment on the second and third floor of the 19-storey apartment building.

Officials said the flames did not spread far and only burnt the unit where the fire started as well as an adjacent hallway, reported the Associated Press.

“The marshals have determined through physical evidence and through firsthand accounts by the residents that this fire started in a bedroom in a portable electric heater,” New York city fire department commissioner Daniel Nigro told reporters.

The door to the apartment and a door to the stairwell had been left open which caused the smoke to spread quickly throughout the building.

Mr Nigro added that while the fire was contained in the hallway, “unprecedented” smoke spread quickly through the building.

Around 200 fire department officials were deployed after the fire had started around 11am on Sunday morning in the 120-unit apartment building.

How many victims were there?

Nineteen people, including nine children, have been killed in the blaze, officials said.

Stefan Ringel, a senior adviser to mayor Eric Adams, said the children who died were 16 years old or younger.

At least 13 people have been hospitalised in critical condition, while more than 60 have been injured.

Firefighters found victims on every floor, many of them in cardiac and respiratory arrest, said Mr Nigro.

He added that some could not escape because of the volume of the smoke.

Mr Adams said officials continued to work towards rescuing victims even as air supplies ran out.

Some survivors said when the smoke alarms went off, many disregarded them because there had been several false smoke alarms in the building in the past.

“All we could do was wait,” he added.

What have officials said?

Mayor Adams said the Bronx fire was one of the worst in the city’s history.

“This is going to be one of the worst fires we have witnessed here in modern times in the city of New York,” Mr Adams told reporters on Sunday.

Later in a tweet, he said that a fund had been set up by the mayor’s office to help survivors.

“I am horrified by the devastating fire in the Bronx today,” New York governor Kathy Hochul said in a statement on Twitter.

“My heart is with the loved ones of all those we’ve tragically lost, all of those impacted and with our heroic [New York City Fire Department] firefighters,” the statement said.

The Bronx Park Phase III Preservation LLC, the name of the joint venture that owns the building, said in a statement that it was “devastated”.

“We are cooperating fully with the Fire Department and other city agencies as they investigate its cause, and we are doing all we can to assist our residents,” the joint venture was quoted as saying by ABC News.

Fire officials said the building did not have a fire escape.

Mr Adams added that the building had housed a largely Muslim population of Gambian immigrants.