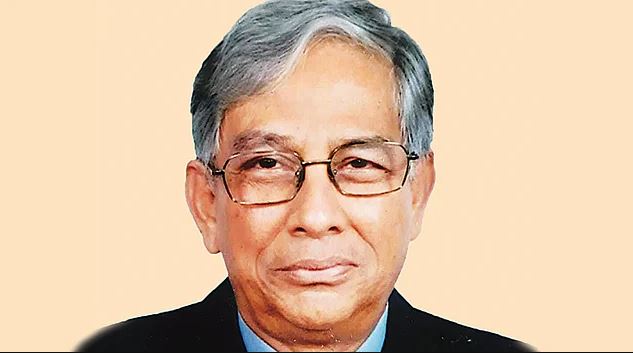 Mohammad Farasuddin, the former governor of Bangladesh Bank, said it was time to crack down on corruption and irregularities in the financial sector. He said that corruption started as soon as the investigation report entered the drawer.

The former central bank governor said that whenever a complaint comes, the day it comes, it should be investigated and action should be taken. When an investigation report goes into the drawer, the flow of corruption begins. The time has come for Bangladesh Bank to take action against corruption and irregularities, to give shock.

Daily Banik Barta in association with Citibank organized the conference at the Intercontinental Hotel in the capital on Wednesday. Two former governors and the current governor were present on the occasion. Citibank Managing Director (MD) Masroor Arefin gave a welcome address at the conference conducted by Banik Barta Editor Dewan Hanif Mahmud.

Commenting that Bangladesh Bank has done well in controlling inflation, maintaining currency, overseas foreign trade and banking sector in the last five decades, Mohammad Farasuddin said Bangladesh Bank is one of the few prominent partners in macroeconomic growth and its social transformation and overall development. Despite the ups and downs, he has been able to take the whole matter forward with utmost fidelity.

Prime Minister’s Economic Adviser Moshiur Rahman said the biggest problem in the banking system is that defaulting loans have gone out of control. Many are not repaying large sums of money with loans. Whatever the case, the bank cannot lend to customers unless it receives new additional deposits. As a result defaulting debt is a social crime.

At the conference, the two former governors disagreed on the value of money against the dollar. In his remarks, Mohammad Farasuddin said, “The low value of the dollar for imports, the 1 per cent incentive for general exports and the 2 per cent incentive for expatriates — these are not supported by economics.” The economic experience of any country does not encourage them. Without doing all this, if those who know and understand, by conducting a survey in one or two months, if necessary, if the value of money against the dollar is devalued by 2-4 percent, better results will be obtained than at present. Because, imports are increasing tremendously. On the other hand, expatriate income has decreased by-400-500 crore in the last six months. I don’t like the picture.

On the other hand, former governor Atiur Rahman said that the pressure on the exchange rate has increased recently. Because, in the last five months, the import has suddenly increased by 54 percent. Hopefully, imports of capital equipment have increased by 30 per cent and imports of raw materials by almost 100 per cent. These are investment friendly. In order to overcome this temporary pressure, he proposed to increase the incentive on expatriate income from 2 percent to 3 percent. At the same time, every investor can be given an opportunity to buy more than Rs 1 crore even if the interest on the bonds available for expatriates is reduced. This will increase the supply of dollars in the country.