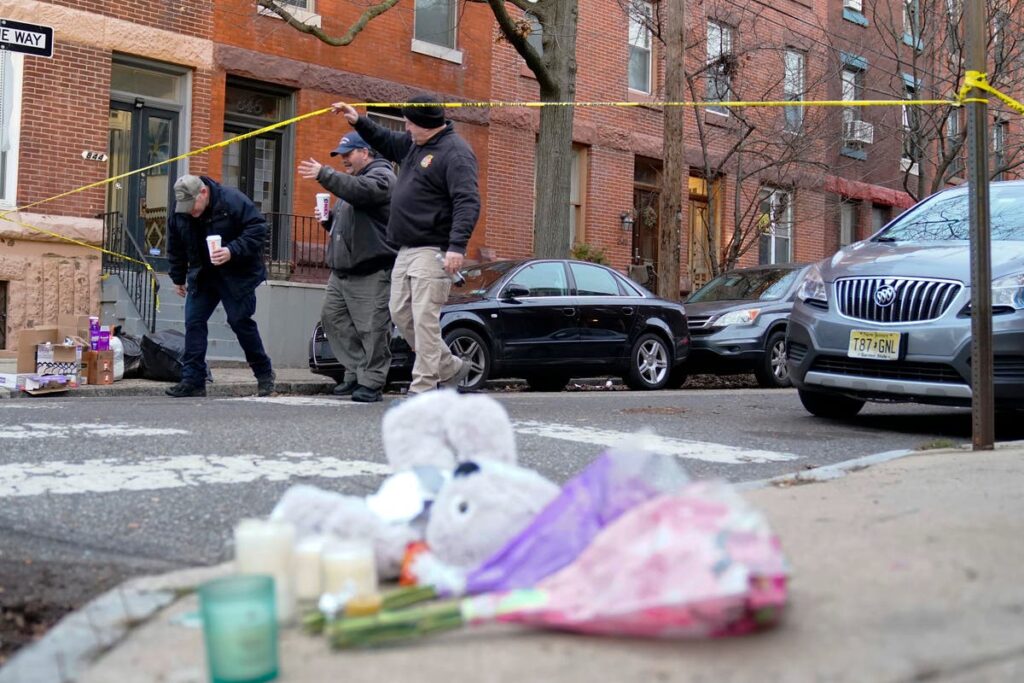 The deadly Philadelphia house fire that killed 12 people including eight children last week is believed to have started when a five-year-old boy set a Christmas tree on fire, according to investigators.

Philadelphia Fire Commissioner Adam Thiel said in a press conference on Tuesday that investigators have “99 to 100 percent confidence” that a Christmas tree on the second floor of the row home in Fairmount was the first item to go up in flames on Wednesday morning.

He said investigators believe “with near certainty” that the tree was set alight with a lighter, which was discovered close by in the debris.

The fire then spread from the second floor to the rest of the home, killing eight children and four adults and hospitalising two others.

The five-year-old boy, who survived the tragedy, was the only person on the second floor when the blaze began, said Commissioner Thiel.

“We believe with certainty – so 99 to 10 percent confidence – that the first item ignited in this blaze was a Christmas tree,” said Commissioner Thiel.

“A Christmas tree on January 5th. We believe with near certainty, based on the evidence, that the ignition source for that tree was a lighter that was located nearby.”

Police records, obtained by The Philadelphia Inquirer, previously revealed that the boy told first responders that he had accidentally set a Christmas tree alight while playing with a lighter.

The fire commissioner did not confirm that the five-year-old started the fire saying statements from a young child was not enough evidence to class that as the official cause.

“We are left with the words of that 5-year-old child, that traumatized five-year-old child, to help us understand how the lighter and the tree came together with tragic consequences,” he said.

“The way the investigation proceeded, was an attempt to disprove the hypothesis that the way the lighter contacted the tree was in the hands of the five-year-old child.

“We could not find anything to disprove that hypothesis. That does not prove it. Because we’re talking about a five-year-old child.”

However, the commissioner said the evidence does show the blaze was caused by “some type of human intervention”.

Firefighters were called to reports of a fire in a three-story property on the 800 block of North 23rd Street in Fairmount just after 6:30am on Wednesday morning.

It took around an hour to battle the blaze and bring it under control, officials said.

Investigators said that at least 26 people were living in the property at the time, which is split into two separate apartments – both owned by the Philadelphia Housing Authority.

Philadelphia Fire Department Deputy Commissioner Craig Murphy described the blaze as “one of the worst fires I have ever been to” and it was the sixth-deadliest residential fire nationwide since 1980.