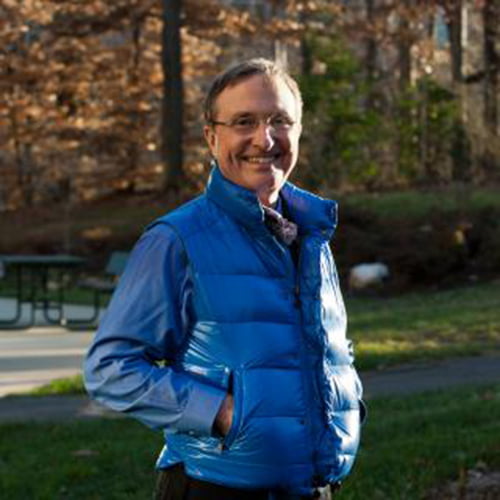 Director of the National Institute of Allergy and Infectious Diseases Dr. Anthony Fauci will receive an honorary degree from William & Mary and deliver remarks to William & Mary’s Class of 2020 as part of the university’s in-person celebration for the graduates next month.

Dr. Fauci, the nation’s top infectious disease expert and chief medical advisor to President Joe Biden, was appointed director of NIAID in 1984 and has advised seven presidents on domestic and global health issues. He will receive the honorary degree of Doctor of Science and will deliver his remarks virtually.

“Dr. Fauci exemplifies the value of service that runs so deep in our university,” said W&M President Katherine A. Rowe, who hosted a virtual Community Conversation with Dr. Fauci on Feb. 18. “He’s a public servant, who studied classics before turning to medicine. This breadth serves him well as he helps our nation navigate the challenge of our time. He is the ideal person to speak to William & Mary’s Class of 2020, who completed their degrees and launched professional lives amid the COVID-19 pandemic.

“Thomas Lovejoy’s career reflects W&M’s mission: to advance learning and research that tackles our world’s most pressing problems. For over five decades, he has advocated for conservation efforts to combat the devastating effects of climate change. We are privileged to honor his lifetime of dedication to this planet.

“As rector, Donald Patten strengthened William & Mary’s ties to our surrounding peninsula. Over the past year, these partnerships have played a critical role in mitigating the pandemic’s impact in our region. We are proud to honor his long-standing service to our university, his professional accomplishments on behalf of public health and his many civic contributions.”

The Class of 2020 will gather for an in-person Commencement experience over William & Mary’s Homecoming & Reunion Weekend, October 7-10, 2021. A virtual Commencement was held for the class in the spring of 2020, but state and university COVID-19 restrictions prohibited any in-person events at the time.

Dr. Fauci oversees an extensive research portfolio of basic and applied research to prevent, diagnose, and treat established infectious diseases such as HIV/AIDS, respiratory infections, diarrheal diseases, tuberculosis and malaria as well as emerging diseases such as Ebola and Zika. He has been at the forefront of the nation’s fight against the COVID-19 pandemic and as a result is known worldwide for his work.

Dr. Fauci has advised seven Presidents on HIV/AIDS and many other domestic and global health issues. He was one of the principal architects of the President’s Emergency Plan for AIDS Relief (PEPFAR), a program that has saved millions of lives throughout the developing world.

Dr. Fauci has made seminal contributions to the understanding of how HIV destroys the body’s defenses leading to its susceptibility to deadly infections. Further, he has been instrumental in developing treatments that enable people with HIV to live long and active lives. He continues to devote much of his research to the immunopathogenic mechanisms of HIV infection and the scope of the body’s immune responses to HIV.

He received a Bachelor of Arts degree in classics with a pre-med track from the College of the Holy Cross. He earned his medical degree from Cornell University Medical College.

An ecologist who has worked in the Brazilian Amazon since 1965, Lovejoy works on the interface of science and environmental policy. Starting in the 1970’s, he helped bring attention to the issue of tropical deforestation and in 1980 published the first estimate of global extinction rates.

He is responsible for coining the term “biological diversity”, originated the concept of debt-for-nature swaps and has worked on the interaction between climate change and biodiversity for more than 30 years.

He is the founder of the public television series “Nature.” Previously, he served as the Senior Advisor to the President of the United Nations Foundation, as the Chief Biodiversity Advisor to the World Bank as well as Lead Specialist for the Environment for the Latin American region, as the Assistant Secretary for Environmental and External Affairs for the Smithsonian Institution, and as Executive Vice President of World Wildlife Fund-US.

He has served on advisory councils in the Reagan, George H.W. Bush, and Clinton administrations. In 2009 he was appointed Conservation Fellow by the National Geographic Society. He chaired the Scientific and Technical Panel for the Global Environment Facility which provides funding related to the international environmental conventions from 2009-2013 and serves as Advisor to the current Chair. He became a professor at George Mason University in March 2010.

Lovejoy received his bachelor’s degree and a Ph.D. in Biology from Yale University.

Patten, an attorney with the firm of Patten, Wornom, Hatten & Diamonstein in Newport News, Virginia, served on William & Mary’s Board of Visitors from 1999 to 2003 and as its rector from 2001 to 2003. He is an emeritus member of the Business School Foundation.

His career in law has spanned more than three decades, and over the past 20 years, he has focused on asbestos product liability litigation. In that role, he has represented individuals injured by asbestos in Virginia and multiple other states, including Ohio, Texas and Mississippi.

Patten is a member of several professional organizations and previously served as president of the Virginia Trial Lawyers Association. He received the highest rating awarded by Martindale-Hubbell Legal Directory for legal competence and was selected by his peers to be included in the 2001-2002 edition of the “The Best Lawyers in America.”

Patten has been highly engaged in the Newport News community, previously serving as chair of the Planning Commission, chair of the Peninsula Airport Commission, a member of the Newport News City Council and vice mayor. He also served on the executive committee of the State Council of Higher Education for Virginia. He was president of the Christopher Newport University Education Foundation and chair of Mary Immaculate Hospital. He is currently a member of the board of the Peninsula Alliance for Economic Development and the Mariners’ Museum. He currently serves on the C. E. Thurston & Sons Asbestos Trust Advisory Committee.

Registering for and attending events at William & Mary conveys a shared expectation of abiding by university policy, which is subject to change as conditions warrant. As of September 7, 2021, those requirements include masking indoors as well as outdoors when unable to maintain social distancing except when actively eating or drinking. Vaccination is required of all William & Mary students, faculty and staff, and it is strongly encouraged for all external visitors in alignment with Centers for Disease Control and Prevention guidance. We create these shared expectations of event participants in keeping with William & Mary’s core values of Belonging within this community and Respect for one another as individuals, and in recognition of the risks inherent to gathering amid pandemic.