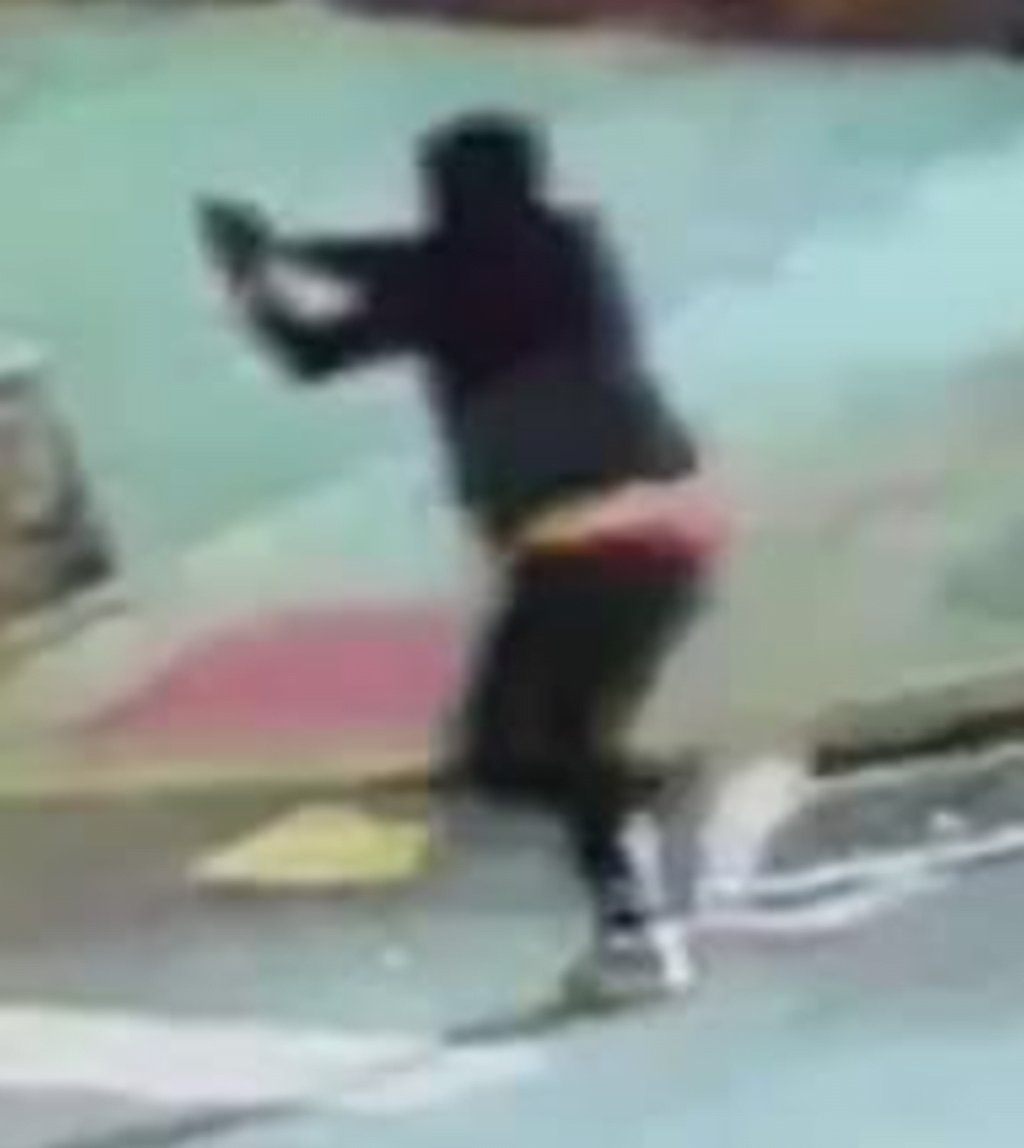 An 11-month-old girl is in a critical condition in hospital after she was struck in the face by a stray bullet in the Bronx on Wednesday night.

The baby girl, who turns one on Friday, was shot while sitting in a parked car with her mother in the Bedford Park neighbourhood at 6:45pm when a gunman burst around a corner and opened fire while pursuing another man.

“It doesn’t matter to me if it’s a police officer shot or a baby shot, I’m going to stay in these streets until this city is safe,” he said.

Surveillance footage of the shooting shows a gunman dressed in black pursuing another man around the corner of East 198th and Bainbridge Avenue.

As he turns the corner, the man fires several times close before turning and fleeing in the same direction he had just come from.

The infant was struck once in the left cheek and rushed to St Barnabas Hospital before being transferred to Weill Cornell Medical Center in Manhattan. She was in a critical but stable condition on Thursday morning.

Mr Adams told a press conference how the girl’s father, who had been buying groceries inside a deli at the time of the shooting, cradled her as she lay bleeding waiting for the ambulance to arrive.

An image released by the mayor showed a blood-stained pink coat that the girl had been wearing lying on the side of the road.

Mr Adams visited the the wounded infant and her mother, 32, who was unharmed in the shooting, in hospital on Wednesday night.

An 11-month-old baby shot in the Bronx. If that’s not a wake up call, I don’t know what is. It should be unimaginable that this would happen in our city.

Leaders at every level have abandoned city streets. I won’t.

I refuse to surrender New York City to violence. pic.twitter.com/uHFOi4Ixvh

In a series of tweets late on Thursday night, Mr Adams said leaders “at every level” have abandoned the streets of New York.

“An 11-month-old baby shot in the Bronx. If that’s not a wake up call, I don’t know what is. It should be unimaginable that this would happen in our city.  But it did. Leaders at every level have abandoned city streets. I won’t. I refuse to surrender New York City to violence.

“We keep this young soul in our prayers tonight. She’s hospitalised and in critical but stable condition. She should be safe at home. We will not give up the fight to keep babies like her safe.”

Figures from the NYPD show there have been 52 shooting incidents and 57 gunshot victims in the first two weeks of 2022, an increase of 27 and 22 per cent respectively from two years ago.