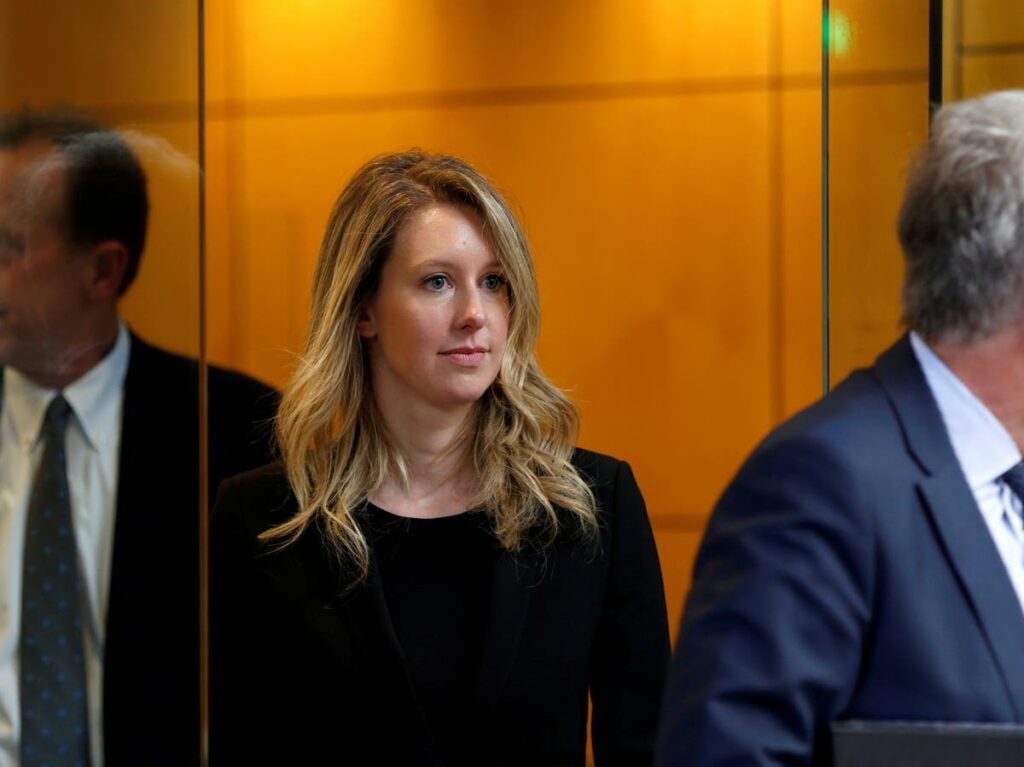 Related video: The Inventor: Out for Blood in Silicon Valley – trailer

The trial begins today of Elizabeth Holmes on multiple charges of conspiracy and fraud for her lead role in the Theranos scandal.

As the founder and former chief executive officer of the disgraced blood-testing start-up that wowed the tech investment world before collapsing in a storm over the efficacy of the technology supposedly at its core, Ms Holmes faces up to 20 years in prison if convicted.

Theranos was at one point valued at approximately $9bn, but is now a byword for corporate misconduct, with Ms Holmes accused of lying to patients about testing, and investors about projected revenues.

The trial will get underway in federal court in San Jose, California, after a string of delays due to the coronavirus pandemic, and the defendant’s surprise pregnancy.

Anticipated to last approximately three months, the final chapter in the spectacular rise and fall of Ms Holmes is expected to see defence lawyers get creative when faced with a strong case from the prosecution. It is the most-anticipated trial of the year.

First day of trial to be spent on selecting jury

The first day of the trial is going to be spent on selecting the members of the jury at the courthouse in San Jose, California.

Elizabeth Holmes is charged with multiple counts of fraud in relation to her medical start-up Theranos, which closed its doors in September 2018.

The company was founded in 2003 and claimed it could perform a number of tests on very small amounts of blood, claims later found to have been mostly baseless.

Some experts have said that it may take longer than usual to find jurors for this trial since the case is high-profile and looks likely to take some time to resolve.

Dozens of people who could have served as jurors were removed from the process before the jury selection began because they said they had been exposed to media coverage of Ms Holmes and Theranos in the past.

Pre-trial legal filings indicate that jurors are likely going to hear from doctors who used the blood tests supplied by Theranos as well as patients misled by the results provided by the company.

Some of the patients include a woman who was told she had had a miscarriage when in fact she was going through a healthy pregnancy, a man who was wrongly told he had prostate cancer, and two people who were given falsely positive results following HIV tests.

How did Elizabeth Holmes end up on trial?

Having dropped out of Stanford’s School of Engineering in 2003, Ms Holmes used her tuition money as seed funding for a consumer healthcare technology company based on the idea of performing blood tests using only a small amount of blood – such as a finger prick – rather than drawing blood for testing into vials with needles. She cited her own fear of needles as her inspiration for the technology, which she called Edison.

Taking her idea to her medicine professor at Stanford, Ms Holmes was told that it would not work. Several other experts repeated this warning, but she convinced her dean at the School of Engineering to back the concept and he became the first board member of Theranos (a combination of the words “therapy” and “diagnosis”).

Ms Holmes began raising money for the firm with tech investors and adopted Steve Jobs’ look, frequently appearing in black turtleneck sweaters and speaking in a baritone voice. By the end of 2010 she had raised $92m in capital and was becoming well-known across Silicon Valley.

By 2014 she was on the covers of Fortune, Forbes, Inc, and The New York Times’ Style Magazine. When Theranos was valued at $9bn in 2014, Ms Holmes was placed at number 100 on the Forbes 400 list of the wealthiest people in the US and named as the youngest self-made billionaire.

In 2015, then-Vice President Joe Biden visited one of the company’s facilities in Newark, California, and declared it “the laboratory of the future”. Some 800 people were employed by Theranos at its peak.

The company’s fortunes began to turn in October of that year when John Carryrou of The Wall Street Journal wrote an article claiming Theranos had been forced to use conventional blood testing methods in its research because its own Edison technology was providing erratic and inconsistent results. He was tipped off by a medical expert who was suspicious of the technology.

As federal investigations into allegations about testing proceeded in 2016, Forbes announced that Ms Holmes’ fortune, which was based on her 50 per cent share in the company had dropped to zero.

In March 2018, the US Securities and Exchange Commission charged Ms Holmes and Ramesh Balwani, former president of Theranos and chief operating officer, with fraud for taking more than $700m from investors while advertising a false product.

HBO Documentary goes behind the scenes of Theranos scandal

The HBO documentary The Inventor: Out for Blood in Silicon Valley from March 2019 went behind the scenes of Theranos and its founder.

The Inventor: Out for Blood in Silicon Valley – trailer

Elizabeth Holmes’ life is also being turned into a TV miniseries by Hulu called The Dropout. Based on the podcast of the same name by Rebecca Jarvis and ABC Radio, the show will star Amanda Seyfried as Ms Holmes.

Theranos founder Elizabeth Holmes has accused her former lover and business partner of coercion and control in court documents filed before the start of her trial on fraud charges.

The newly unsealed court documents revealed Ms Holmes defence claims of “intimate partner abuse” at the hands of the startup’s former president Ramesh “Sunny” Balwani, who is alleged to have impaired her state of mind through a decade of emotional and sexual abuse.

The documents show that Ms Holmes will describe how Mr Balwani controlled what she ate and drank, how she dressed, and who she spoke to, while also alleging he threw “sharp” objects at her.

Elizabeth Holmes is expected to testify in the trial in defence against 12 fraud-related charges that carry up to 20 years in prison and $250,000 in fines.

Ms Holmes was a Silicon Valley celebrity for her blood-testing company that promised to revolutionize the medical industry but was ultimately revealed as an “elaborate, years-long fraud”, according to the US Securities and Exchange Commission.

The discovery came after The Wall Street Journal’s John Carreyrou published a report in 2015 that the blood-testing machines were faulty.

The latest legal filings, first reported by NPR, were unsealed after Dow Jones, owner of The Wall Street Journal, petitioned the court to make the documents public.

Ms Holmes’ lawyers said she would not mount an insanity defence but would demonstrate a “defence of a mental condition bearing on guilt” as a result of partner abuse on her state of mind.

They plan to call psychologist Mindy Mechanic as an expert witness after she evaluated Ms Holmes and detailed her research into sexual violence and domestic abuse, which was redacted from the unsealed filing.

Former lover and business partner Ramesh “Sunny” Balwani denied the allegations in the documents through lawyer Jeffrey Coopersmith, who said the claims were deeply offensive and devastating personally to Mr Balwani.

The court is scheduled to hear one panel of possible jurors each day, but both the defence and the government are pushing to get through two panels a day. Thursday is also set to be used for jury selection and the court will be out on Friday.

Lawyers for Elizabeth Holmes have pushed for limiting the testimony of patients misled by the defunct blood-testing company Theranos.

They argue that anecdotes from patients about their experiences with the company are not statistically representative of the millions of tests performed by Theranos.

Patients will be allowed to testify that they were misled, but they will be prohibited from sharing the emotional impacts of receiving the false results, The Wall Street Journal reported.

Ms Holmes has pleaded not guilty to 12 fraud-related charges and the court in San Jose, California has set aside time for the trial until December of this year.