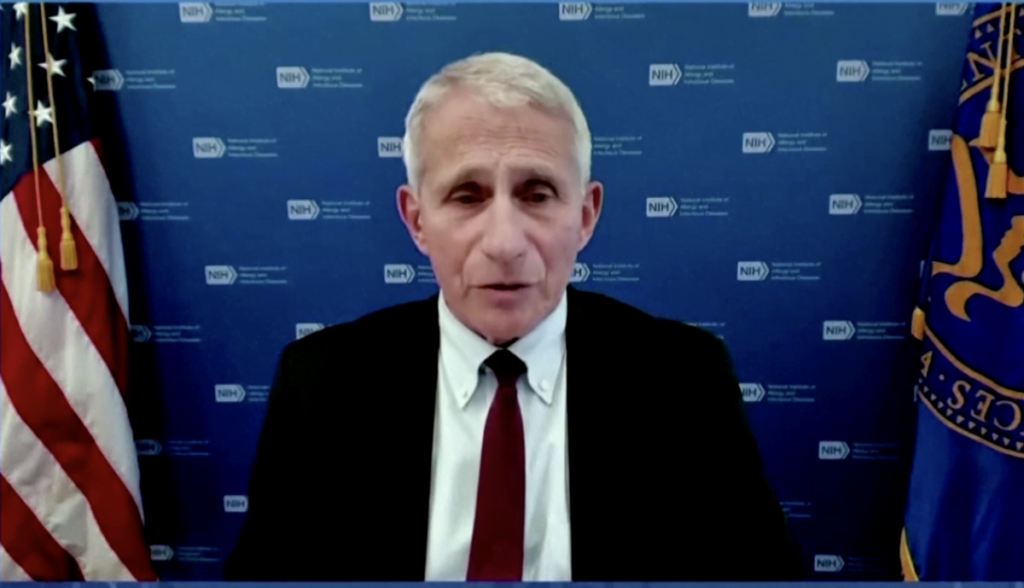 Dr Anthony Fauci has said the Mu variant of Covid-19 is not presently a being viewed as threat to the US.

President Joe Biden’s senior medical adviser spoke at a press briefing, elaborating on the different threats brought by the Delta and Mu strains of Covid. The latter was identified last week by the World Health Organization, which said it had appeared in 39 countries and described it as “a constellation of mutations that indicate potential properties of immune escape”.

Dr Fauci said: “As we certainly are aware of the Mu variants we’re keeping a very close eye on it. It is seen here, but it is not at all even close to being dominant as you know, the Delta is more than 99 per cent dominant.”

The Delta variant was first identified in India at the beginning of 2021. Since then, it has quickly made up nearly all of US Covid cases. According to the Centers for Disease Control and Prevention, it is much more lethal and contagious compared to its variant predecessors.

“We always pay attention to, at all times, variants. This variant has a constellation of mutations that suggests that it would evade certain antibodies, not only monoclonal antibodies,” Dr Fauci said. “But vaccine and convalescent serum induced antibodies.

“But remember, even when you have variants that do diminish somewhat the efficacy of vaccines, the vaccine still are quite effective.”

The Delta variant presents more risk to unvaccinated people, as it increases your chances of being hospitalised or dying after becoming infected with the virus. Concerns have been voiced about nationally low rates of vaccination, particularly in areas such as Texas, Georgia and Louisiana. However, since the Food and Drug Administration gave full approval to the Pfizer vaccine, rates are said to be rising.

According to CDC data, the rate of infection among those not vaccinated is five times higher than in those who are vaccinated. Along with this, it showed one per 100,000 vaccinated people are hospitalised with covid. As for the unvaccinated, the rate is 24.9 per 100,000.

However, in light of these findings, the Biden administration is awaiting FDA approval to begin a booster shot programme. Under the proposal, fully vaccinated people will be entitled to a third dose of a Pfizer vaccine. First preference will be given to senior citizens, healthcare workers and others, according to reports.

Dr Fauci concluded his response by saying, “Bottom line, we’re paying attention to it, we take everything like that seriously, but we don’t consider it an immediate threat right now.”