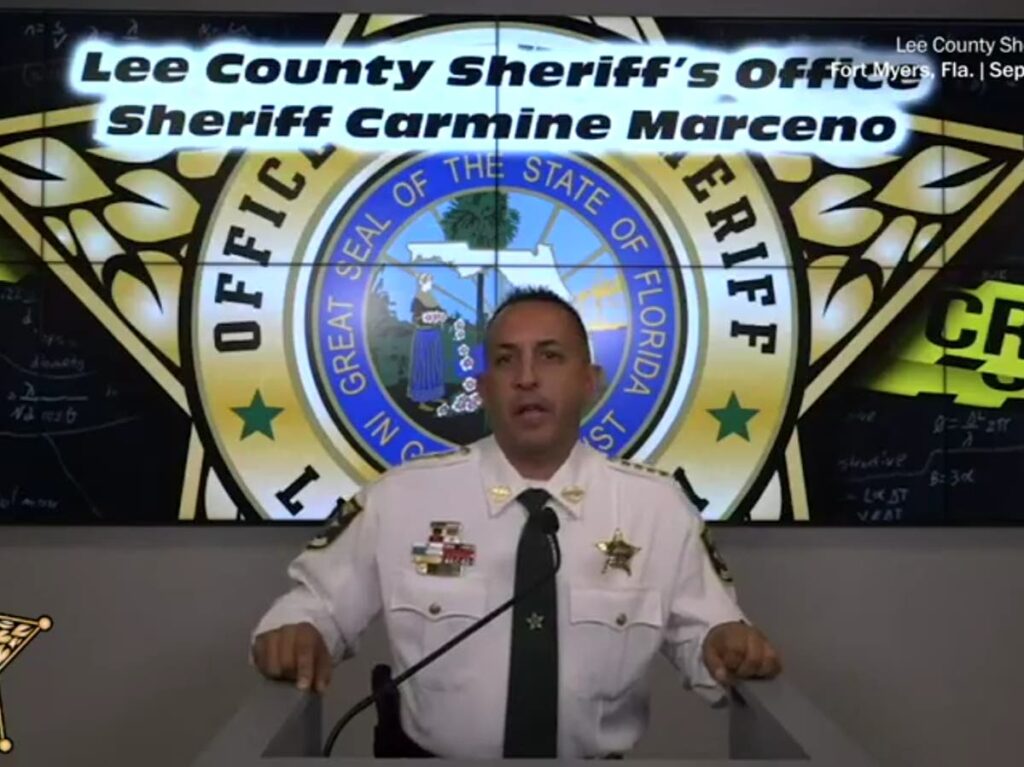 Two students at a middle school in Lee County, Florida, have been arrested and charged with an alleged shooting plot inspired by the 1999 Columbine attack on a school in Colorado.

Authorities said the 14-year-old and 13-year-old boys, from Harns Marsh Middle School, were arrested and charged on Thursday with conspiracy to commit a mass shooting. Both are being held in a juvenile detention centre.

Lee County Sheriff Carmine Marceno said investigators believed the boys had planned an attack on the school involving pipe bombs, and had produced a map marked with CCTV cameras.

School administrators concerned that a firearm had been concealed in a book bag found the map, Mr Marceno said.

While no weapons were found in the bag, investigators found that both boys “were involved in a plot to carry out a school shooting”, which he said was inspired by the shooting in Columbine in 1999.

“Detectives learned that the students took an interest in the Columbine High School shooting,” said Mr Marceno on Thursday. “They were extensively studying to learn more about the incident and the shooters”.

“Detectives also learned that the students were attempting to learn how to construct pipe bombs, and how to purchase firearms on the black market,” he added.

When investigators searched the homes of both boys on Thursday, a number of firearms and weapons were found, according to Mr Marceno. It included a gun and knifes.

Mr Marceno said “those responsible for threats — real or fake — will be held accountable”, and that the boys were well known to the Lee County Sheriff’s Office.

Both were taken for a mental health evaluation on Thursday.

“I’m certain that my team of dedicated deputies and detectives acted promptly, investigated thoroughly, and prevented a very violent…act,” the sheriff added.

At a hearing on Sunday, according to The Washington Post, a mother of one of the boys claimed that her son was “just a little boy” and that the alleged plot was not serious. It is not clear if either had legal representation.

School principle Alex Dworzanski told WBBH of Fort Myers that the school was safe, and that he “commend the students who came forward to report the threat and the quick action of the staff.”

“The safety of our students and staff is at the core of what we do.”