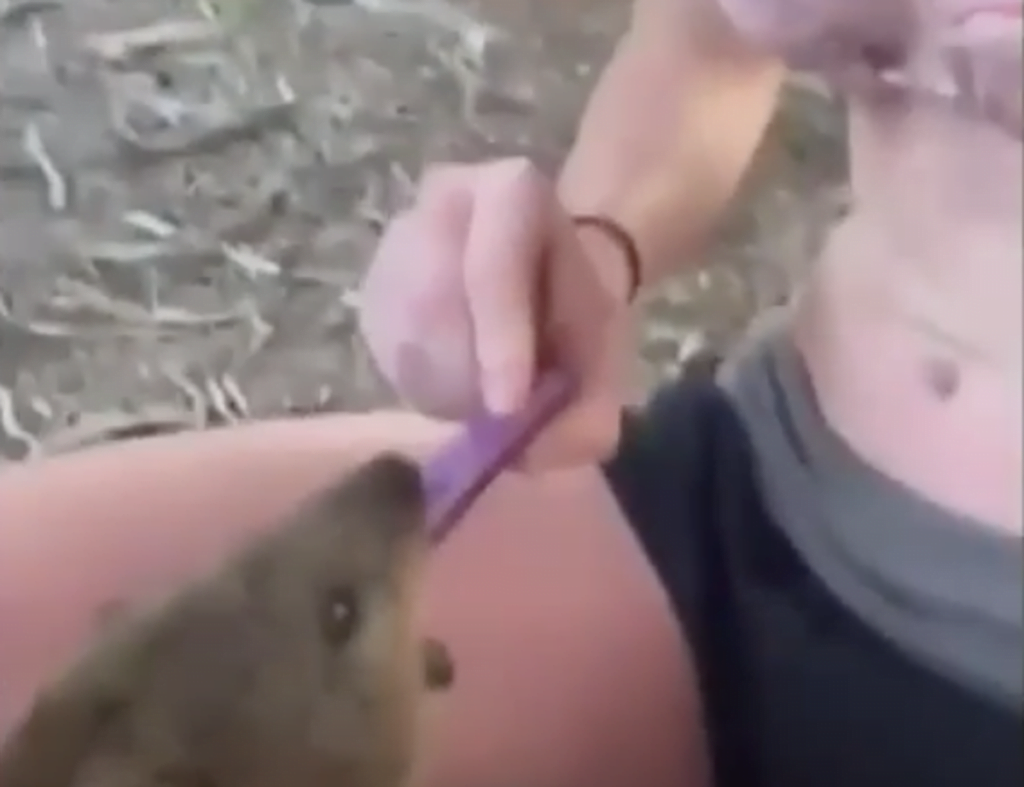 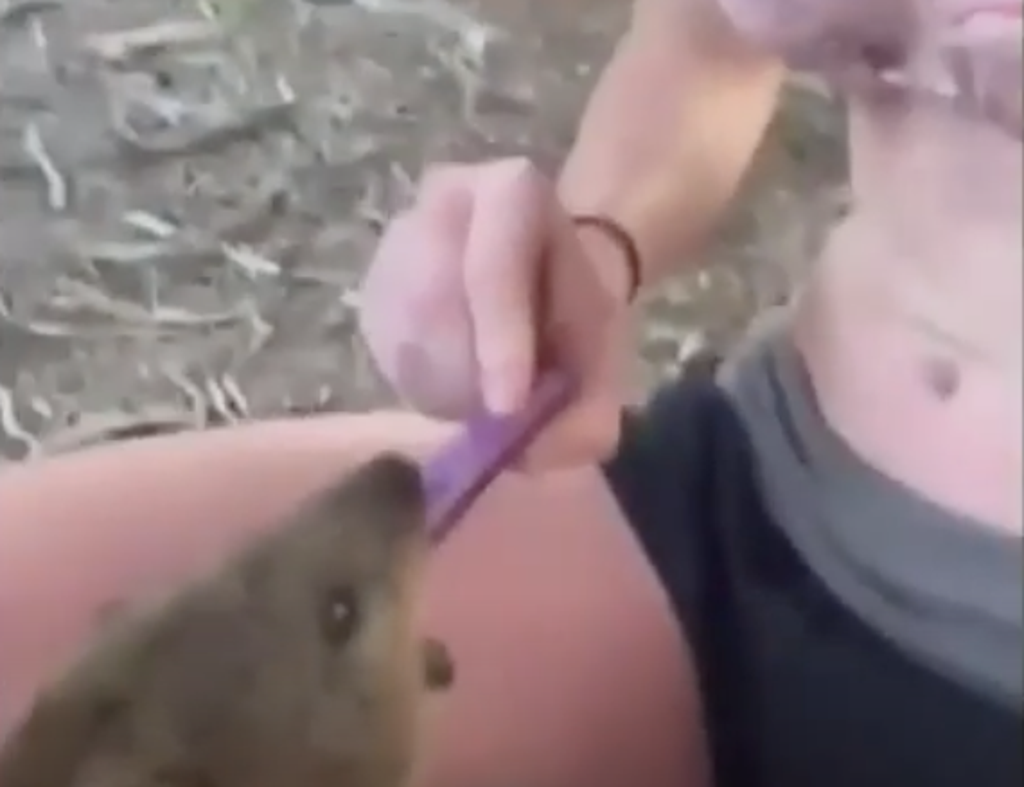 A teenager in western Australia has been seen in a video allegedly forcing a quokka to vape from an e-cigarette, sparking outrage on social media.

In the video, the teen is seen on Rottnest Island, off the coast of the city of Perth, giggling as she pushes an e-cigarette down the quokka’s throat. The creature can be seen in the video standing on its back legs and licking the device, thinking it to be food.

The incident has angered experts and prompted an investigation from authorities.

“[It was] completely and utterly irresponsible and unacceptable for this poor defenseless, vulnerable animal to be subjected to that kind of cruelty,” Hannah Dreaver, the executive manager of the Royal Society for the Prevention of Cruelty to Animals in Western Australia, told 9News.

“Those animals are really, really vulnerable,” she said, further explaining that “they’ve become used to human interaction so they’re not running away from us” or “avoiding interaction” and are instead “actually seeking it out.”

Those involved in this act can face a maximum sentence of five years in jail and a fine of up to AUD$50,000 (£26,327) if caught and charged with animal cruelty.

In 2015, two French tourists were jailed for a week after setting a quokka on fire. Luckily, the quokka survived and wasn’t severely injured.

The quokka, known as the “happiest animal in the world” due to its friendly appearance, is currently at risk of extinction. The creatures are now only found in a few isolated forests and small islands across the country.