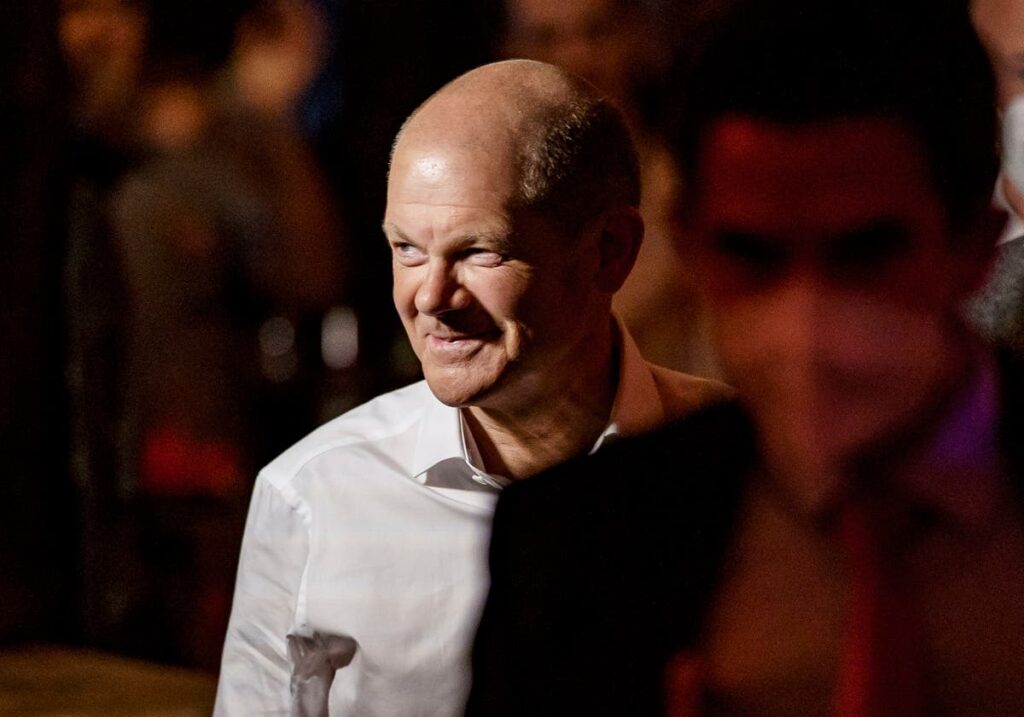 Germany’s Finance Minister Olaf Scholz moved a step closer to becoming the country’s next chancellor with yet another solid imperturbable performance in the second of three televised debates on Sunday.

This came as the Social Democrat shrewdly fended off a series of increasingly desperate attacks from the flailing conservative candidate from Chancellor Angela Merkel’s party, Armin Laschet.

Scholz, a no-nonsense centrist in the left-leaning SPD party, has led the party’s improbable surge to the top of opinion polls well ahead of the conservative Christian Democrats (CDU/CSU) and the pro-environment Greens with a quiet and down-to-earth style that has borrowed a page from Merkel’s playbook and struck a chord with voters.

The 26 September elections in Germany mark a watershed as the first without an incumbent in the race since the Second World War.

Merkel is retiring after 16 years in office. Her conservative party has dominated German politics, ruling for 52 of the last 72 years and is facing its worst-ever defeat. With 25 per cent in voter surveys, Scholz’s SPD has a four to a six-point lead over the conservatives two weeks ahead of the vote.

Scholz’s unflappable side was on abundant display for 11 million television viewers on Sunday evening. The 63-year-old candidate remained calm when CDU/CSU’s Laschet came out swinging and tried to tarnish Scholz’s reputation as a safe pair of hands.

Laschet, 61, needed a knock-out blow and, despite a bright start, fell far short of expectations. In one of the more testy exchanges, Laschet accused the balding former mayor of Hamburg of failing in his supervisory role as finance minister for a series of financial scandals. He repeatedly asked Scholz if state prosecutors had raided his ministry last week collecting documents related to the collapse of Wirecard.

“If my finance minister did his job like you’re doing it, we’d have a serious problem,” said Laschet, who is the state premier in North Rhine-Westphalia and under pressure in his party for blunder-filled campaign.

Scholz calmly but firmly replied the investigation had nothing at all to do with him. “Herr Laschet, you’re twisting the facts,” Scholz said – his voice remaining calm even though the building anger contained inside him could be seen as his ears turned a lighter shade of red. Scholz also used the words “dishonest” and “disingenuous” in his rebuttal to Laschet – a defence that appeared to work well enough.

A voter survey by the Infratest Dimap pollsters taken immediately after the debate found that 41 per cent found Scholz to be the most convincing, while just 27 per cent thought Laschet won the debate.

The Greens 40-year-old candidate Annalena Baerbock, who at times managed to make the two men standing to her left and right look like hopelessly squabbling children, put in another solid performance but was picked by just 25 per cent of the voters as the winner of the evening.

“As you can see, this election is a choice between ‘no change to the system’ with this grand coalition government –avoiding the issues and sitting them out – or ‘can we achieve a real breakthrough’ with policies that will make a real difference,” said Baerbock.

Scholz has already made clear that he wants to form a coalition government with Baerbock’s Greens – reprising the government from 1998 to 2005. But the two parties will most likely need a third coalition partner – either the pro-business Free Democrats (FDP) or the far-left Linke party are the leading candidates. Scholz has signalled his preference for an SPD-Greens-FDP coalition, also known as a “Traffic Light Coalition.”