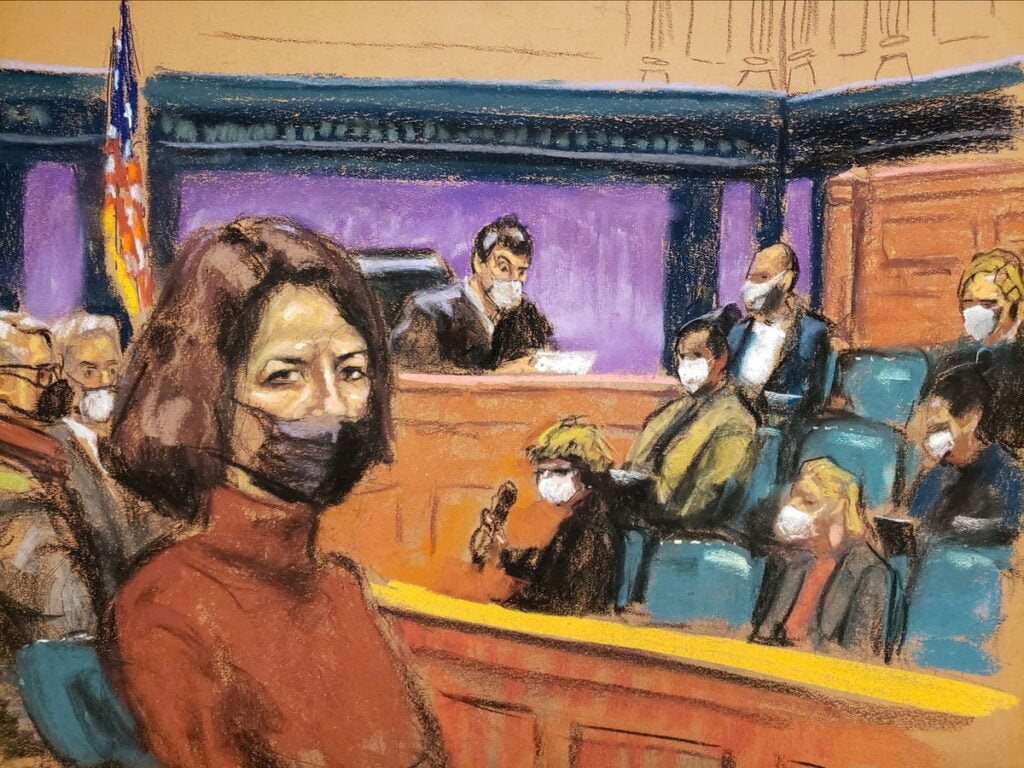 A member of the jury which convicted Ghislaine Maxwell has hired a lawyer after the revelation that he himself suffered sexual abuse as a child, prompting the socialite’s attorneys to say that they will request a retrial.

The anonymous juror, who first publicly revealed his own personal experience of sexual abuse in an interview with The Independent this week, has now sought legal representation from New York attorney Todd Spodek.

It came as a second anonymous juror came forward to say that they too had faced sexual abuse as a child, in an interview with the New York Times.

In separate interviews, both individuals said that they had shared their experiences with the rest of the jury, and that their revelations had seemed to help shape the jury’s discussions and understanding.

The first juror, who identified himself by his first names, Scotty David, told The Independent that the jury room went deadly silent when he shared his story, and suggested that his account helped the jury to understand how it was possible that Maxwell’s accusers were telling the truth despite misremembering certain details and waiting years to come forward.

In response to the revelations, made by the juror in separate interviews with three outlets, lawyers for Maxwell said that they will request a new trial, a week after she was found guilty on five of the six counts levelled against her, relating to the grooming and trafficking of young girls for abuse by her longtime associate, the late Jeffrey Epstein.

US district judge Alison J Nathan has asked Maxwell’s lawyers to make their request by 19 January.

In an order on Thursday, Judge Nathan said the juror’s retained lawyer had informed her that the juror did not want the court to appoint a lawyer for him, as she had offered. Mr Spodek has previously defended an Alec Baldwin stalker and a scammer who posed as a wealthy heiress.

The judge’s decision on whether to grant a new trial may hinge on how the two jurors responded during jury selection to questions about their own and their family members’ experiences with sexual abuse.

Speaking to the MailOnline, Scotty David said he could not remember the details of the 50 question pre-trial questionnaire each potential juror was asked, but felt he had answered all questions honestly. In a separate interview with Reuters, the juror said he “flew through” the initial juror questionnaire and couldn’t remember being asked about his own experiences of sexual abuse.

According to The Times, during the second round of jury selection, known as voir dire, neither juror was asked by Judge Nathan whether they had been sexually abused, nor did they say that they had been.

Prosecutors have asked Judge Nathan to “conduct an inquiry” into the juror’s comments, and the judge has agreed to hear the defence’s arguments for a retrial later this month, after attorney Christian Everdell argued that the juror’s comments represented “incontrovertible grounds for a new trial”.