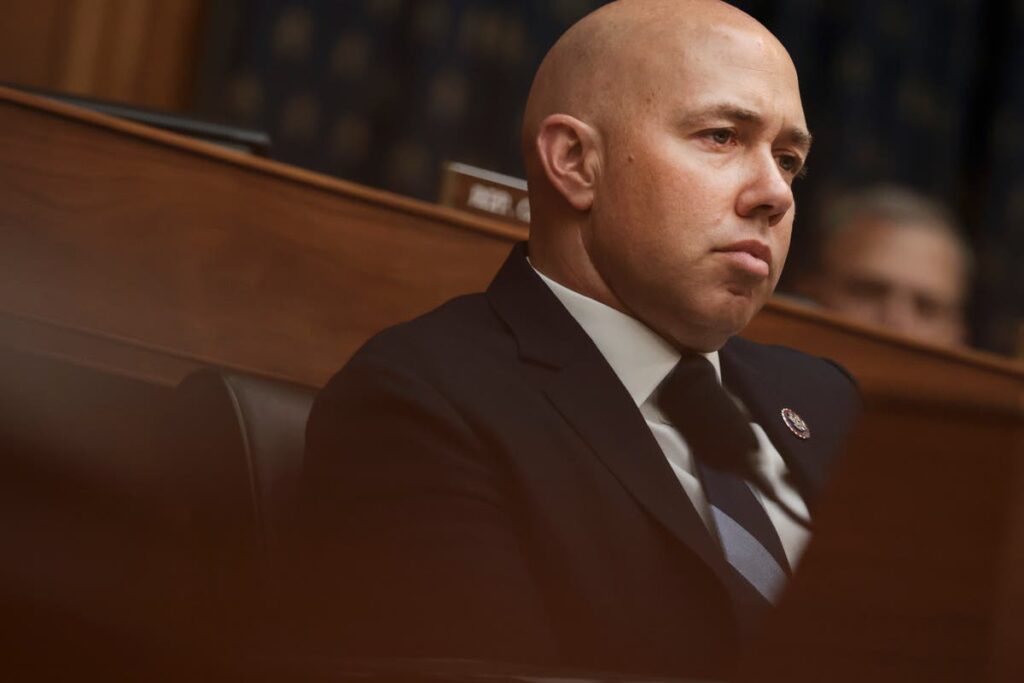 Republican congressman Brian Mast of Florida laid into secretary of state Antony Blinken on Monday during a hearing on Afghanistan in an angry rant, accusing him of treason and suggesting the top diplomat manipulated intelligence about what would happen when the US left the country, often speaking over the flustered official.

“I absolutely wonder if you were complicit in this as well. I find it hard to believe that president Biden would do that without you being aware of this,” Mr Mast said. “We deserve to have better answers, have better hearings on this. I don’t not believe a word that you’re saying on this.”

His tirade continued until fellow legislators had to bang the gavel and ask the Florida representative to stop speaking, as he continued insisting the secretary was spreading “lies” and taking actions that provided “aid and comfort to the enemy”.

“I’m not giving you a moment of time,” Mr Mast added, as Mr Blinken tried to defend himself. “I don’t wish to hear your lies. We’ve heard your lies when you step up in front of the camera.”

The questions were inspired by a Reuters report detailing a leaked transcript of a call between Ashraf Ghani, Afghanistan’s ousted president, and President Joe Biden from earlier this year. In the transcript, which Mr Blinken and other officials have refused to verify, Mr Biden tells Mr Ghani that the perception of his government’s stability and strength must be maintained “whether true or not”.

The secretary, for his part, denied any such allegation.

“Simply put congressman, what you said is dead wrong,” Mr Blinken said. “There was no manipulation of intelligence, period. You were kept regularly apprised of the intelligence assessments.”

Other Republicans lashed out at the Biden administration for pulling the military out of the country before it was able to evacuate every American who wanted to leave.

“The majority of Americans wanted to leave Afghanistan, but not like this,” added Steve Chabot of Ohio said.

The secretary had his own criticisms to offer, namely for the Trump administration, which he said set the US rushing towards the exit in Afghanistan with its 2020 drawdown deal with the Taliban.

“We inherited a deadline,” Mr Blinken said. “We did not inherit a plan.” He noted the administration successfully airlifted 124,000 people out of Kabul, one of the biggest airlifts in history, and that perhaps even more people would have gotten out if the Trump administration hadn’t paused visa applications for Afghan allies of the US military. As of the end of last week, about 100 American citizens remained in the country who wished to leave Afghanistan, Mr Blinken added.

Outside of the made-for-TV clashes in the hearing room, the Biden administration announced a $64 million assistance package meant to help Afghan citizens, which would be distributed through NGOs, rather than the Taliban. On Monday, at a UN-sponsored aid conference in Geneva, various countries pledged more than $1 billion to the country for humanitarian purposes.