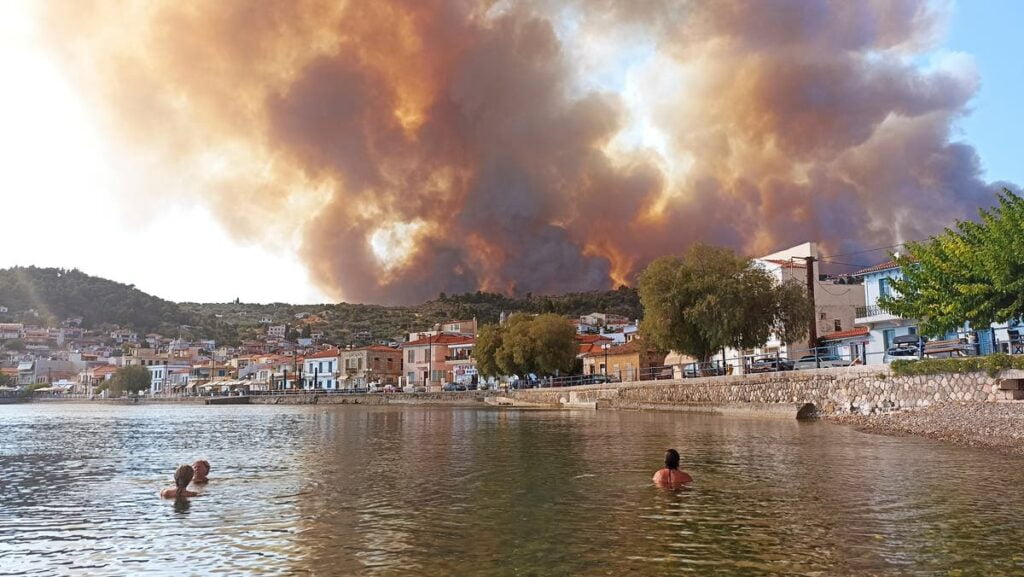 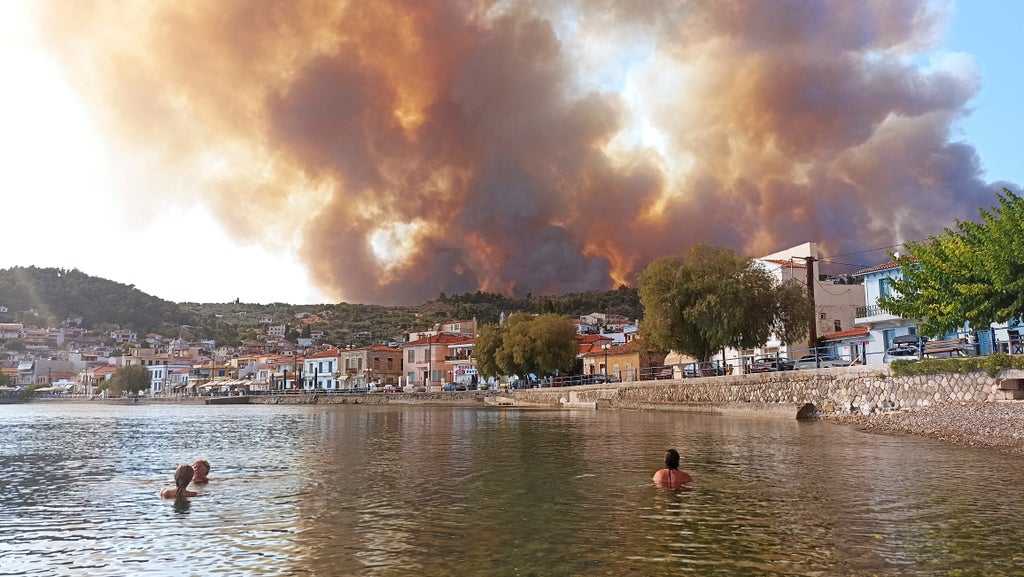 A sweltering heatwave in Greece, the country’s worst in 30 years, has forced residents to flee homes close to Athens.

The temperatures were so high that officials were forced to close the Acropolis in the afternoon to tourists. It is usually open between 8am and 8pm, but will close between midday and 5pm during the heatwave.

More than 300 firefighters with 35 vehicles and 10 aircraft battled a blaze in a densely vegetated area in the foothills of Parnitha mountain in the suburb of Varympompi, some 20 kilometres north of the capital. About 80 children had to leave the summer camp and villagers were ordered out of their homes.

“Dozens of homes are being burnt,” Michalis Vrettos, deputy mayor of Acharnes region told Open TV as thick plumes of smoke rose over the houses behind him. Four people were taken to hospital with breathing difficulties.

In Athens, power grid operator IPTO said the fire had damaged parts of the grid, posing a major risk to the electricity supply in areas of the wider metropolitan region. The fire has also disrupted train routes and forced authorities to seal off part of a national motorway.

Temperatures in parts of Athens have reached 42C. On Sunday, Greek authorities warned the public against unnecessary work and travel as temperatures his 40C.

More than 1,000 people died in 1987 in Greece’s deadliest heatwave, with scorching temperatures for over a week.

It is the latest extreme weather event to hit Europe in recent weeks.

The current heatwave has ravaged parts of the eastern Mediterranean, with wildfires affecting Greece, Italy and Turkey.

As the Greek firefighters fought the blazes near Athens, Turkey was facing a seventh consecutive day of wildfires that have torn through some of its most popular tourist areas.