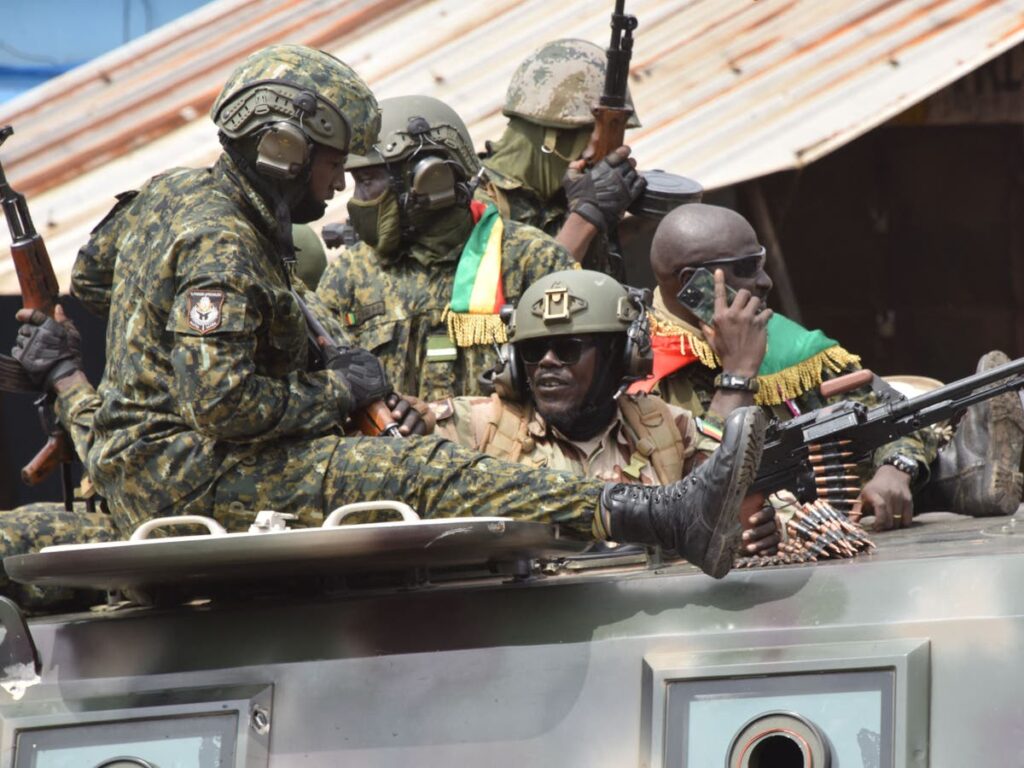 The soldiers who seized power in a military coup in Guinea have tightened their control over the West African state by ordering a curfew and demanding government ministers and other army units rally to their command.

President Alpha Conde was detained by soldiers from the army’s elite special forces on Sunday.

The junta then announced it was dissolving both Guinea’s national assembly and constitution and imposed a nightly curfew.

Government ministers and other senior officials were ordered to a meeting on Monday, with an army spokesman telling state media anyone not attending would be considered to be in rebellion.

In an effort to further establish their grip on power, the special forces unit which spearheaded the coup has now also ordered troops from the presidential guard to defect to the new military junta. Guinea’s provincial governors have also been replaced by regional army commanders.

However, it remains unclear how much backing the special forces unit has across the rest of the armed forces.

The coup’s leader, Colonel Mamadi Doumbouya, is the commander of the elite unit which arrested Mr Conde, but it is not known if his actions will be supported by soldiers elsewhere in the country.

When announcing the coup on state television, Col Doumbouya sought to portray himself as a defender of Guinea’s people against Mr Conde’s corrupt government, which he argued had failed to help the nation out of crippling poverty.

The deposed president had sought to evade term limits written into the country’s constitution and retain power for a third term.

But some observers believe the tensions between Guinea’s president and the army colonel stem from a recent proposal to cut some military salaries.

While the political opposition will be pleased at the removal of Mr Conde, it is also not yet known if they will ally themselves to the coup.

“We will no longer entrust politics to one man. We will entrust it to the people,” Col Doumbouya said, draped in a Guinean flag with about a half dozen other soldiers flanked at his side.

After the fears and chaos of the coup on Sunday eased, life in the capital Conakry gradually has begun to return to normal.

There is some traffic in the streets and some shops have reopened after a heavy gun battle between the special forces and soldiers loyal to Mr Conde ended on Sunday.

The country’s international borders at land and sea have also been reopened, although government officials have been barred from leaving.

The coup prompted widespread international condemnation and threats of sanctions, including from Ecowas – the West African regional bloc, the African Union and the UN.

Guinea’s most significant export is the mineral bauxite, which is important in producing aluminium, and the price of bauxite soared to a ten-year high after the coup was announced over fears supplies could be cut off or disrupted.