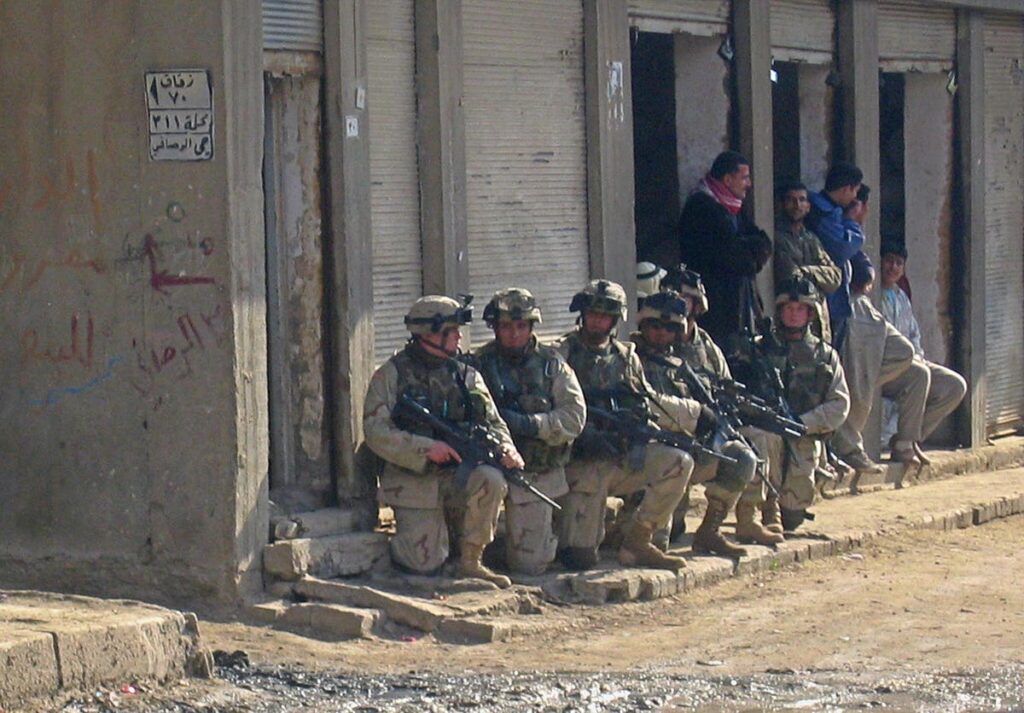 Like the rest of the world, the people of the Middle East and North Africa were mesmerised and horrified by the spectacle of 9/11 as they watched it unfold that Tuesday evening on their televisions. But even as the wreckage of the Twin Towers in lower Manhattan smouldered, they faced a unique terror.

American newspapers were decrying the attack as “a day that would live in infamy”, echoing US President Franklin D Roosevelt’s call to arms after the 7 December 1941 Japanese attacks on Pearl Harbour. And very quickly, there was a fear that al-Qaeda’s attack would prompt a muscular, potentially devastating American military response in the Middle East.

In Baghdad, as news of the attacks spread, shops and roadways emptied, and residents stayed inside their homes. “I was traveling to my house, and nobody was moving on the ground – there were only security patrols,” recalls one Iraqi who lives in the capital. “Everybody was expecting an attack in seconds.”

The dread was well-founded. Within hours of the 9/11 attacks, while he was still helping survivors of the wreckage at the Pentagon, then-US Secretary of Defence Donald Rumsfeld began agitating his underlings to come up with ways to link the attacks planned by Osama bin Laden to Iraq and others, according to notes taken by the aide and obtained by CBS News.

“Go massive,” the notes quote him as saying. “Sweep it all up. Things related and not.”

Lukman Faily, now Iraq’s ambassador to Germany, was living in exile in the United Kingdom at the time and sensed right away that a day of reckoning had arrived. “I know Americans and how America works and what happens if you are on the wrong side of them,” he says in an interview. “It was clear to me from day one that this was a Pearl Harbour moment. It was a Middle East moment.”

Americans and the UK had already been regularly bombing Iraq since the 1991 Gulf War, meant to reverse President Saddam Hussein’s annexation of Kuwait. A punishing 1998 four-day bombing campaign codenamed Desert Fox had taken out much of Saddam’s air defences.

The newly elected Bush had brought on a clique of hawkish, ambitious Washington foreign policy fixtures obsessed with the Middle East and the Muslim world. They saw Iraq as a place to implement their vision. “9/11 becomes the Pearl Harbour that that group was looking for, that says now we can move against Iraq,” the noted historian of war and war culture John W Dower said in a lecture at MIT.

In the 18 months between the 9/11 and the ultimately disastrous 2003 US invasion and occupation, the dread only grew as US policymakers made tortured cases to the world trying to connect Saddam to 9/11 and to the secret accumulation of weapons of mass destruction.

French President Jacques Chirac, who had served as an officer in the French occupation of Algeria, urged President George W Bush to stay away. Arab League secretary general Amr Moussa predicted that a US invasion would “open the gates of hell.” German chancellor Gerhard Schroeder warned the war would “lead to the deaths of thousands of innocent children, women and men”.

The quick, violent “shock and awe” invasion was compounded by the disastrous aftermath. Americans attempted to occupy and administer a nation they knew next to nothing about, and on the cheap. Looting continued for weeks. Fires burned. The entire Iraqi state unraveled, then collapsed after US viceroy Paul Bremer disbanded the Iraqi army, a flawed institution that nonetheless held the nation together.

“There’s a firm understanding that it was not managed very well,” says Faily, who also served as Baghdad’s envoy to Washington and has met with the senior US and Iraqi officials over the last 20 years. “‘Reckless’ may not be the right word, but not really calculating. The Americans did not do their homework, and the Iraqis suffered from it.”

No weapons of mass destruction were found. Bush finally admitted in 2006 that Saddam had nothing to do with 9/11 and his enablers never made a persuasive case that he had any operational ties to al-Qaeda. But by then, Iraq had become a magnet for al-Qaeda, with a growing insurgency as well as a sectarian civil war.

The invasion by the West of an Arab land inspired jihadis from all over the world as well as angry Iraqis to take up arms against an occupier holed up behind fortresses made of blast walls and barbed wire. The incompetence and mismanagement left ungoverned spaces that allowed armed extremist groups to flourish, especially after the collapse of government control in neighbouring northern Syria gave birth to the al-Qaeda offspring, Isis, which prompted yet another war in Iraq.

A misbegotten and poorly planned war in response to an attack by al-Qaeda cost tens of thousands of lives, and tragically, actually gave al-Qaeda and its cousins far more potential recruits and spaces to grow.

Few Iraqis now care about 9/11, reflecting an apathy even resentment about the commemoration that is widespread throughout the Middle East and the Arab world. In Baghdad the big worries are getting enough electricity and water, as well as a recent spike in terrorism, including a suspected Isis attack near the northern city of Kirkuk last week that killed 13 people.