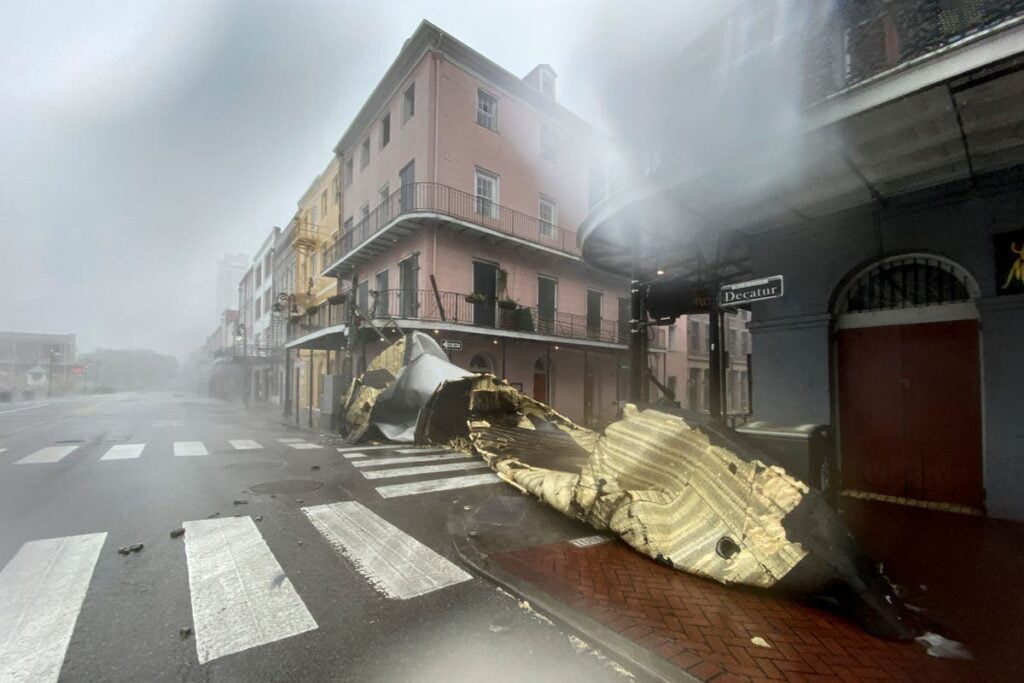 Hurricane Ida tore off parts of a hospital’s roof in Louisiana and left behind a trail of destruction after it slammed the state’s coast as a Category 4 storm on Sunday.

A video shared on social media showed the roof of Lady of the Sea General Hospital being blown off as the storm tore through Galliano, located 30 miles from the Gulf of Mexico.

According to hospital administrators, patients were moved to lower levels of the building before the damage occurred and only a few people were inside the building during the landfall, USA Today reported.

Another hospital in the region brimming with Covid-19 infected patients — the Thibodaux regional medical centre — reported a partial generator failure.

The storm has wreaked havoc, causing flash floods in Mississippi, Tennessee, and especially New Orleans which is now battling a surge in Covid-19 cases due to the highly contentious Delta variant of the coronavirus. Over 2,600 people are hospitalised in Louisiana with Covid-19 amid a “severe outbreak”, according to the government data.

Later in the night, the hurricane weakened to a Category 2 storm with wind speed of 100-125 mph gusting upto 125, and its centre was reportedly located about 25 miles west-southwest of New Orleans. The storm left over one million people without electricity in the region for the entire night.

Ida’s arrival marked the 16th anniversary of catastrophic hurricane Katrina’s landfall in southern Louisiana leading to over 1,800 deaths and $125 billion in damages.

“Assistance can include grants for temporary housing and home repairs, low-cost loans to cover uninsured property losses, and other programs to help individuals and business owners recover from the effects of the disaster,” the White House said.

Louisiana Governor John Bel Edwards described Ida as “one of the strongest storms to make landfall in modern times” and urged those who hadn’t evacuated to stay inside in an interior room of their house.