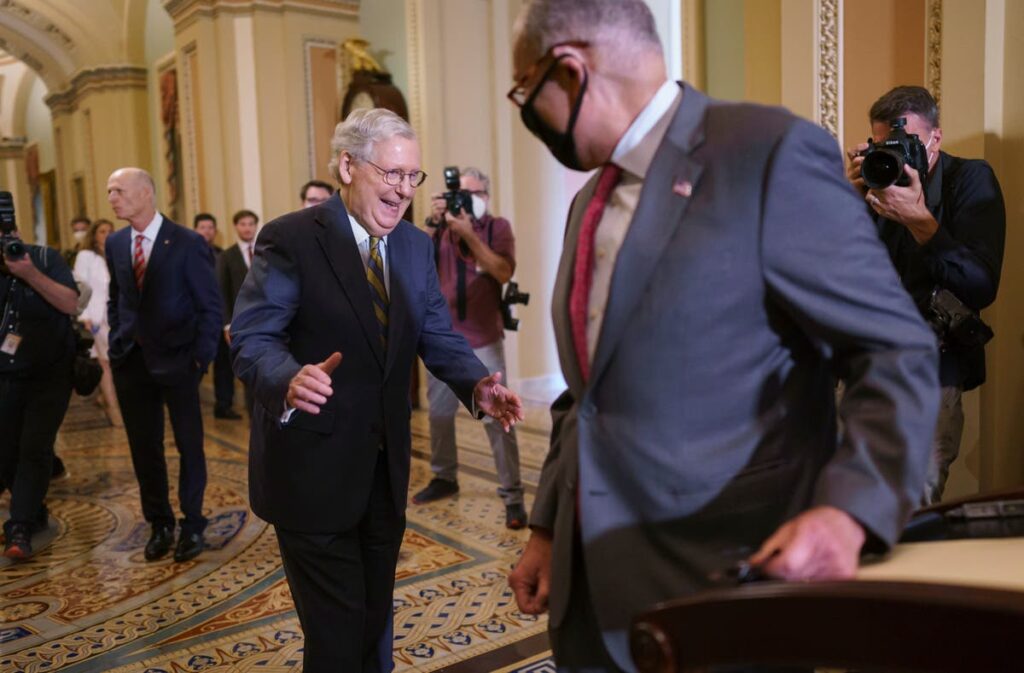 President Joe Biden’s $1trillion infrastructure package came one step closer to passing on Saturday after the Senate voted 67-27 in its favour.

Republicans joined Democrats to overcome the 60 vote threshold needed to advance the measure toward final votes and, if approved, the bill would go to the House.

The Infrastructure Investment and Jobs Act would pour billions into public works programs ranging from roads and bridges to drinking water and broadband internet access. President Biden has called the “historic investment” potentially on par with the building of the transcontinental railroad or interstate highway system. Vice President Kamala Harris on Saturday was on Capitol Hill for bipartisan meetings regarding the bill.

Despite the show of bipartisanship to get the votes across the line, not all Republicans are on board with the pace at which the bill could be passed.

“There’s absolutely no reason to rush,” Sen. Bill Hagerty, a Republican Trump ally from Tennessee, said during a floor speech Saturday. Trump himself has disparaged the package.

“Republicans and Democrats have radically different visions these days. But both those visions include physical infrastructure that works for our citizens,” he said.

His views were echoed by West Virginia Democrat Joe Manchin, who said: “America has not seen this type of infrastructure investment in 30 years.”

It would provide federal money for projects many states and cities could not afford on their own. The package is the first of two major infrastructure packages being pushed by the Biden administration.

Senators have spent the past week processing nearly two dozen amendments to the 2,700-page package, but so far none has substantially changed the framework of the public works package. Some senators are insisting on more amendments — including one on cryptocurrency and a longshot effort by defense hawks to add $50 billion for shipbuilding and other defense-related infrastructure.

An analysis of the bill from the Congressional Budget Office drew concerns, particularly from Republicans., when it found that the legislation would increase deficits by $256billion over the next decade. While many Republicans feel the bill’s spending is too extravagant, many Democrats believe it’s not spending enough.

The bill’s backers have argued that the budget office was unable to take into account certain revenue streams — including from future economic growth. Additional analysis released Saturday by the budget office suggested infrastructure spending overall could boost productivity and lower the ultimate costs.

Paying for the package has been a pressure point throughout the months of negotiations after Democrats objected to an increase in the gas tax paid at the pump and Republicans resisted a plan to bolster the IRS to go after tax scofflaws.

Unlike Biden’s bigger $3.5 trillion package, which would be paid for by higher tax rates for corporations and the wealthy, the bipartisan package is funded by repurposing other money, including untapped COVID-19 aid, and other spending cuts and revenue streams.

The House is in recess and is expected to consider both Biden infrastructure packages when it returns in September.