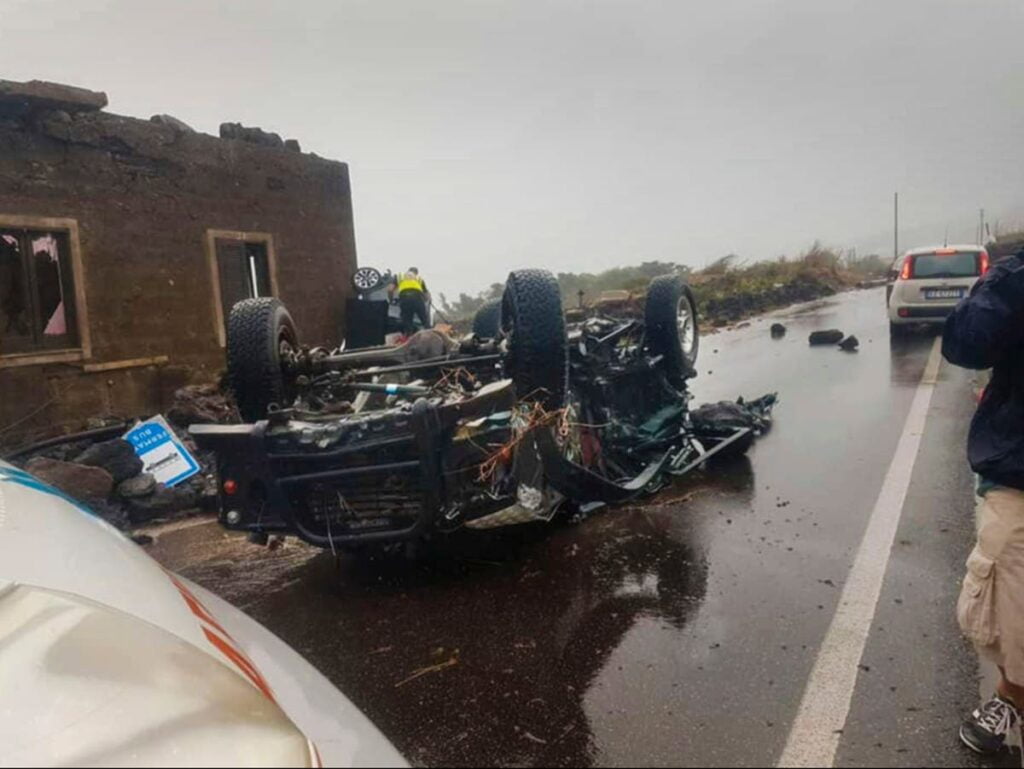 At least two people have died after an “apocalyptic” tornado hit the Sicilian island of Pantelleria on Friday evening.

A further nine have so far been identified as injured in the Campobello area of the volcanic island, although these numbers are still provisional and a search mission is underway.

Four of those injured remain in serious condition.

The tornado hit at around 7pm Friday night, uprooting poles, damaging roofs and blowing down trees, the fire service said on Twitter.

“At the moment there are two confirmed deaths, but searches are continuing, and we are making sure there are no missing,” the paramedic said. “The tornado came from the sea and in a few seconds it ripped houses and cars that were travelling along the coastal road.”

Among those who were killed in the disaster is a firefighter and an 86-year-old man, local news agency ANSA reported.

According to the news agency, the two died after being thrown from their respective vehicles as around ten cars were flipped.

One victim landed on a low wall and the other on the ground.

Pictures posted online show one car flipped completely upside down and another covered by rubble.

A number of buildings have also been damaged.

Pantelleria Mayor Vincenzo Vittorio Campo told Sky TG24 TV that no one appeared to be missing on the island currently.

Tornados are not a common in Europe. The incident came after Sicily saw more extreme weather last month, when the island endured heat of 48.8C – the highest-ever temperature recorded in Europe.

The region was also engulfed by a series of wildfires, which destroyed homes and businesses.

At the time, firefighters said they had fought 500 blazes overnight across Sicily and Calabria, requiring five planes and 3,000 firefighters to contain the fires.