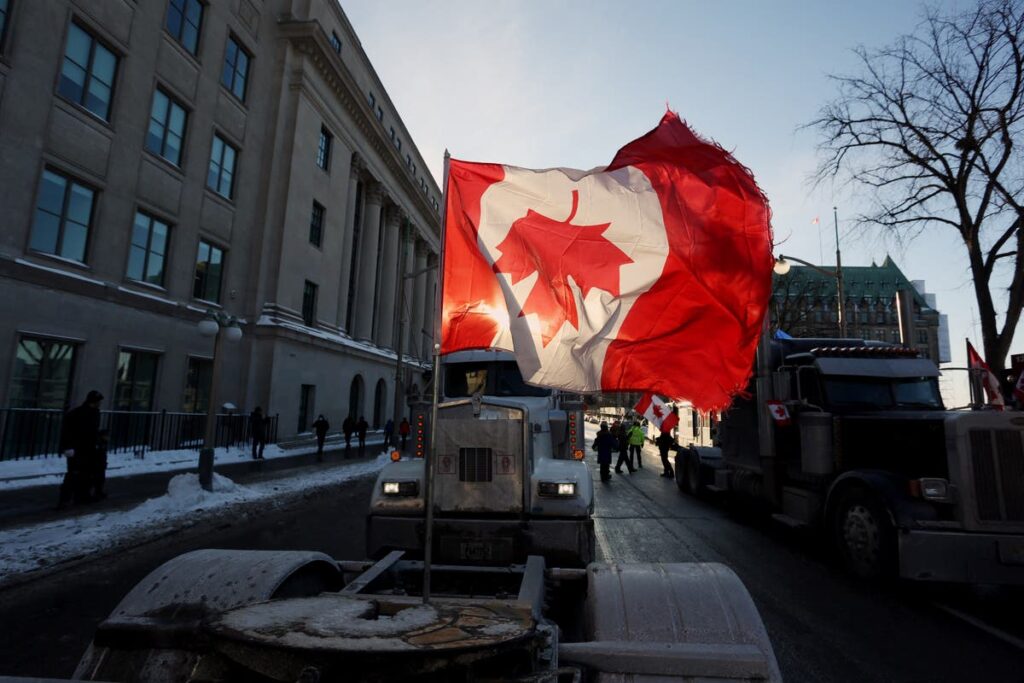 Canadian prime minister Justin Trudeau and his family have left their home in Ottawa for a secret location, the CBC reports, amid security concerns as thousands pour into the Canadian capital on Saturday in trucker convoys to protest vaccine mandates.

The PM’s office has said it will not comment on Mr Trudeau’s location for security reasons.

The Canadian Parliament’s Sergeant-at-Arms has warned that demonstrators could show up at the homes of officials, something Mr Trudeau knows well.

In 2020, a Canadian Armed Forces member carrying a gun rammed his vehicle into the gates of Rideau Hall, where the Trudeaus live, hoping to reach the prime minister.

Mr Trudeau has condemned the growing anti-mandate movement in the country as contrary to public health and Canadian values of kindness.

“The small fringe minority of people who are on their way to Ottawa who are holding unacceptable views that they are expressing do not represent the views of Canadians who have been there for each other, who know that following the science and stepping up to protect each other is the best way to continue to ensure our freedoms, our rights, our values, as a country,” Mr Trudeau has said.

As protests began on Saturday, the Parliamentary Protective Service estimated up to 10,000 people may attend the events this weekend, and the Ottawa Police Service has received reinforcements from the Toronto, London, York, and Durham regions, plus the Ontario Provincial Police.

Some of the events organisers have called on supporters to avoid violence.

“We cannot achieve our goals if there are threats or acts of violence,” BJ Dicher told the CBC. “This movement is a peaceful protest, and we do not condone any acts of violence.”

So far, there have been “no incidents to report” according to the Ottawa police.

Still, police have been concerned by some of the violent rhetoric coming from the movement.

Some on social media, whose ties to the convoy protesters are unclear, have called for the Ottawa demonstrations to turn into an attack on Parliament, in the style of the 6 January insurrection at the US Capitol.

On Friday, Ottawa Police Service chief Peter Sloly warned of “lone-wolf” elements who would use the protests to cause havoc.

“We do not know all the parallel demonstrations that may occur, and/or the lone-wolf individuals who may insert themselves into the mix for various reasons,” he said on Friday, calling the protests “unique, fluid, risky and significant.”

On Saturday, some protesters were seen carrying the Patriotes flag, tied to the Lower Canada rebellions of 1837, where French-speakers in Quebec rebelled against British rule.

Truckers have been travelling in a convoy for days to protest newly enacted rules requiring proof of vaccination for drivers heading between Canada and the US, a movement that has grown to include sweeping protests against pandemic restrictions overall.