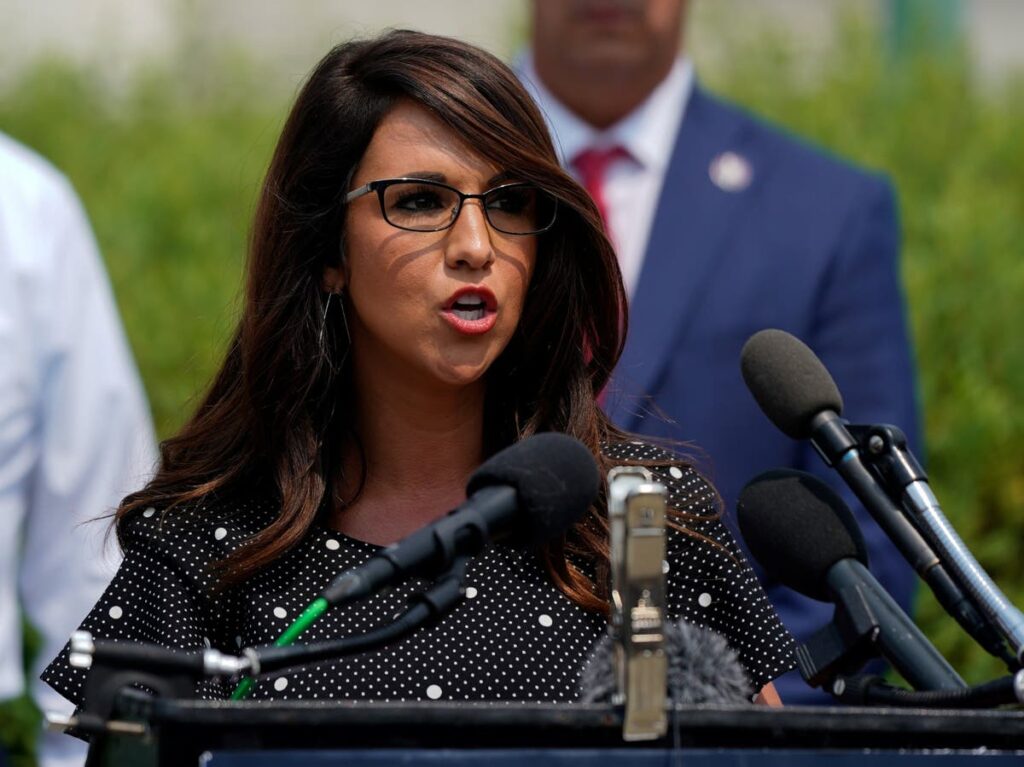 Colorado Congresswoman Lauren Boebert has lately been under heavy pressure over alleged personal use of campaign funds – and now a resurfaced interview from February has added fuel to the fire.

In the interview with the Colorado Times Recorder, Ms Boebert, one of the most incendiary right-wing members of the House Republican caucus, was asked about strange charges in her financial returns for the 2020 campaign – including a reimbursement of $22,259 for car mileage, which the Denver Post calculated would have translated into nearly 39,000 miles of driving.

Ms Boebert, who claimed the extra miles were incurred by avoiding fires that summer while driving all over her district, said of the media investigations into her campaign: “They want to come against me for legitimate expenses, go ahead. I am doing the work of the people. I had to make those connections. And really, I under-reported a lot of stuff.”

According to a Salon story that pointed to the February interview, FEC records filed by Ms Boebert’s campaign indicate she spent $2.6m in the 2020 cycle but name only 32 recipients – one of which, Uber, received 40 of her 147 total payments.

Ms Boebert did not file a legally required campaign finance covering 2019 and 2020, and is now under investigation by federal officials over four Venmo payments totalling more than $6,000. Those payments, made earlier this year, are listed on FEC filings as “personal expense of Lauren Boebert billed in error”.

Like many of the hard-right Republicans who rode into office on Donald Trump’s coattails, Ms Boebert has made fighting political corruption in Washington, DC part of her political brand.

She has also previously caused consternation with an ad in which she promised to carry her Glock handgun around Capitol Hill. The video was released only days before the 6 January assault on Congress by a mob of furious Trump supporters; on the morning of the insurrection, she infamously tweeted the words “This is 1776”.

That tweet soon led to calls for her resignation, and for her to be subpoenaed by the select committee investigating the riot.