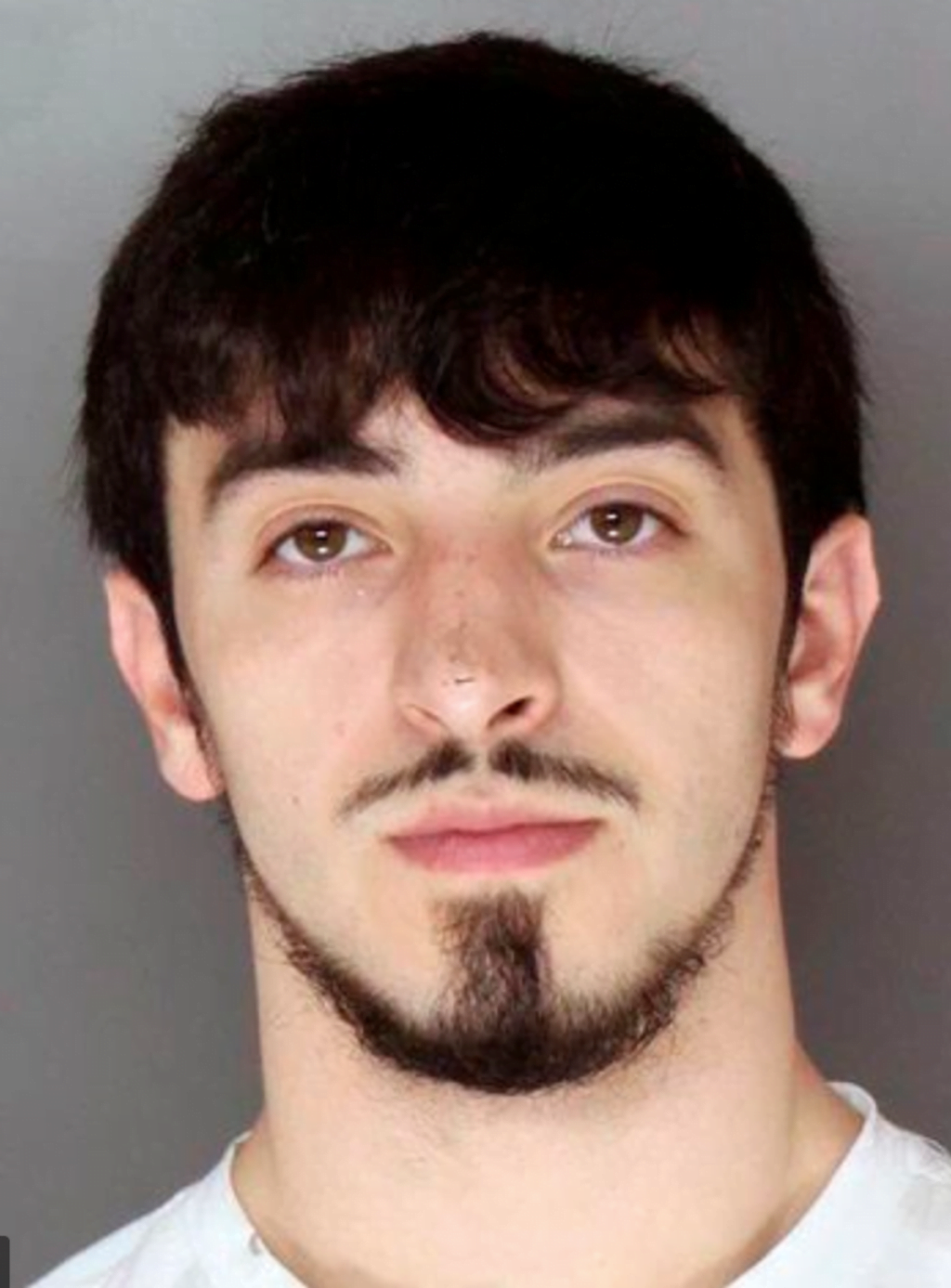 A jealous Pennsylvania man who beat and strangled his girlfriend to death before filming himself taunting her as she lay dying has been convicted of first-degree murder.

Nicholas Forman, 24, flew into a rage after his 22-year-old girlfriend Sabrina Harooni received a text message from an ex-boyfriend while the couple were on their way home from watching the Superbowl in PJ Whelihan’s bar on February 3 2020.

Mr Forman, from Perkiomen, demanded to see her phone as they took an Uber home, their driver Daniel Persing testified in court.

When Ms Harooni refused, he told her she couldn’t return home until he showed it to her, the Uber driver testified.

Mr Persing said he was so concerned for Ms Harroni’s safety that he hung around after dropping them off, and told the court he heard her screaming and something breaking on the ground.

He would later tell law enforcement he waited for 10 minutes and when he couldn’t hear any more swearing, he drove off.

Another witness, Brady Reese, saw Ms Harooni stumbling and appear to mouth the word “help” on a driveway next to his parent’s home.

He said Forman approached him in an agitated state and said that his girlfriend was drunk, and she gave him a thumb’s up which he interpreted to mean she was OK.

Once inside the house, prosecutors said Forman beat and strangled her, leaving her with bleeding to the brain and bruising around her neck.

He filmed Ms Harooni on his cellphone as she lay dying, tell her: “This is what a cheating liar gets.”

Forman waited until the next day before ordering an Uber and taking Ms Harooni to the hospital.

There, a nurse described her as “ice cold,” with dried blood in her nose and dried vomit on her mouth. The nurse began performing CPR on her. According to media reports at the time of her death she reported feeling fluid in her lungs.

Nicholas Forman, 24, of Perkiomen, Pennsylvania, was convicted of the first-degree murder of his girlfriend

Forman told Pottstown police his girlfriend had been attacked by three women during their night out. He was arrested soon after, and footage from his cellphone was retrieved by police.

As the cellphone footage was played in court, her mother Rabia shouted: “How could you do that to my baby?”

“You know it by his words, his actions, and his inactions.

“What did he do? He hid her away, and he made it so that nobody could help her,” Mr Steele said.

Defence lawyer Michael John told the jury Forman was “selfish and criminal, and it is homicide”.

“This wasn’t a whodunit. It was cruel. It was extremely indifferent to Sabrina Harooni’s life. My client did have malice but he did not have the specific intent to kill Sabrina Harooni,”  the Pottstown Mercury reported him saying.

The jury convicted Forman of first-degree murder, after a four-day trial, on Thursday.

Prosecutors did not seek the death penalty. Forman asked to be sentenced immediately, and Judge William R Carpenter imposed a mandatory sentence of life imprisonment, the Pottstown Mercury reported.