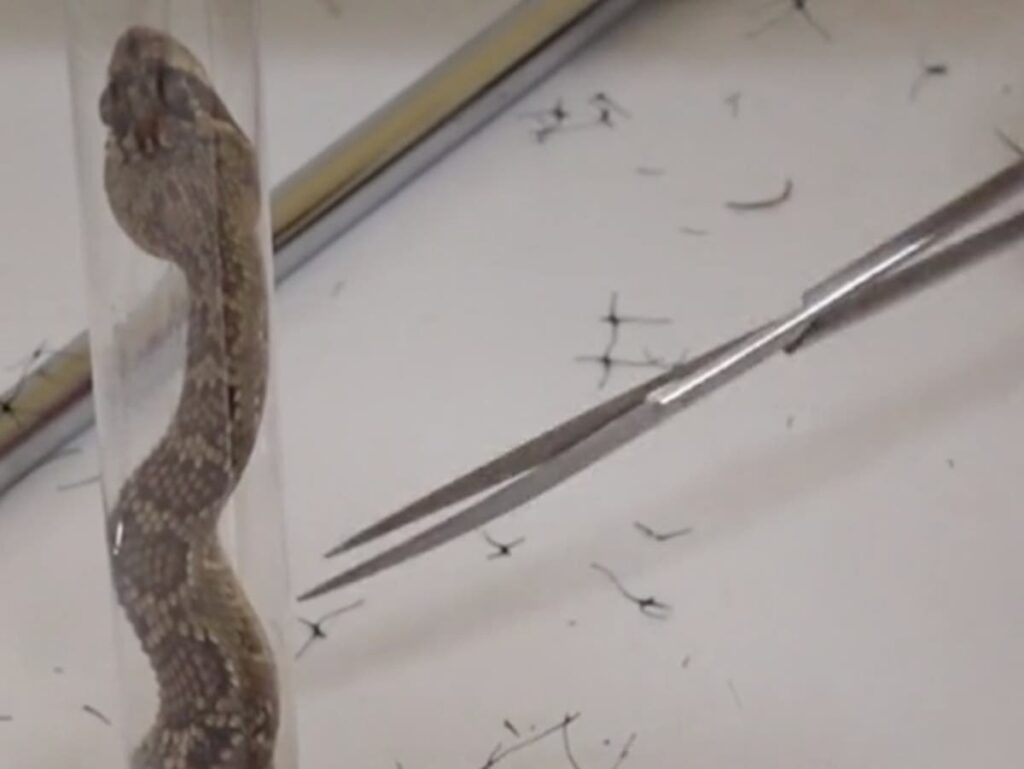 An Arizona man has filmed himself freeing America’s most deadly rattlesnake after one got stuck in bird netting.

Bryan Hughes was called in to rescue the venomous Mojave rattlesnake, a month after helping to release another one of the lethal reptiles.

The Mojave has been described by Field & Stream as the “deadliest snake in North America.”

The snake expert runs Rattlesnake Solutions and posted video of the rescue to TikTok, where the account has got more than 21m likes.

Mojave rattlesnakes are most commonly found in central Mexico and in the deserts of the southwest states of the US.

“I have another Mojave rattlesnake caught in bird netting … and I need to get it out. Just like the last one, it’s not going to be fun,” Mr Hughes says in the video.

“It’s a little less tangled up, but still, if I don’t get it out it’s going to die. And I need to do this without losing any of my fingers. I still got all 10, so let’s see how it goes.”

During the rescue he told viewers that he was not “pushing down hard” on the tube the snake was moved into for safety, and that the scissors were not cutting the reptile.

Any blood, he added, was likely from the netting cutting the snake’s mouth.

After freeing the snake, he said that it would be left to “rest” before being released back into the wild.

And with two similar rescues back to back, he asked residents to be careful.

“If you use bird netting to keep animals out of the garden, please consider that it also kills a variety of small animals,” he said.

“I know many don’t like snakes and don’t care, but that list also includes birds of all types, harmless snakes that you may find beneficial, bats, lizards, and small mammals like kangaroo rats.”