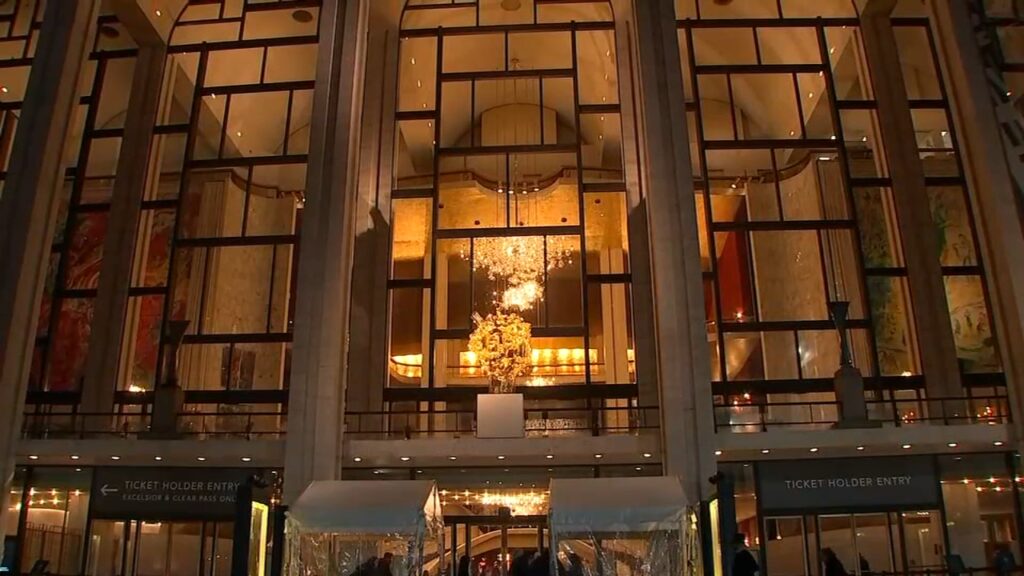 As Russian forces continue to advance in Kyiv, the world is rallying support for Ukraine, including in New York City.

It was opening night at Lincoln Center on Monday. In a packed house, the Met Opera kicked off its spring season with a performance of Don Carlos which recounts the Spanish inquisition.

Gelb runs the Met and on Monday announced he’s severing ties with all Russian performers or institutions which support Vladimir Putin, including the famed Bolshoi, set to perform at the Met next year.

RELATED | Defiant Ukrainian president refuses US offer to evacuate: ‘I need ammunition, not a ride’

“I think that’s the right thing to do.

As leaders in the arts join in a global boycott.