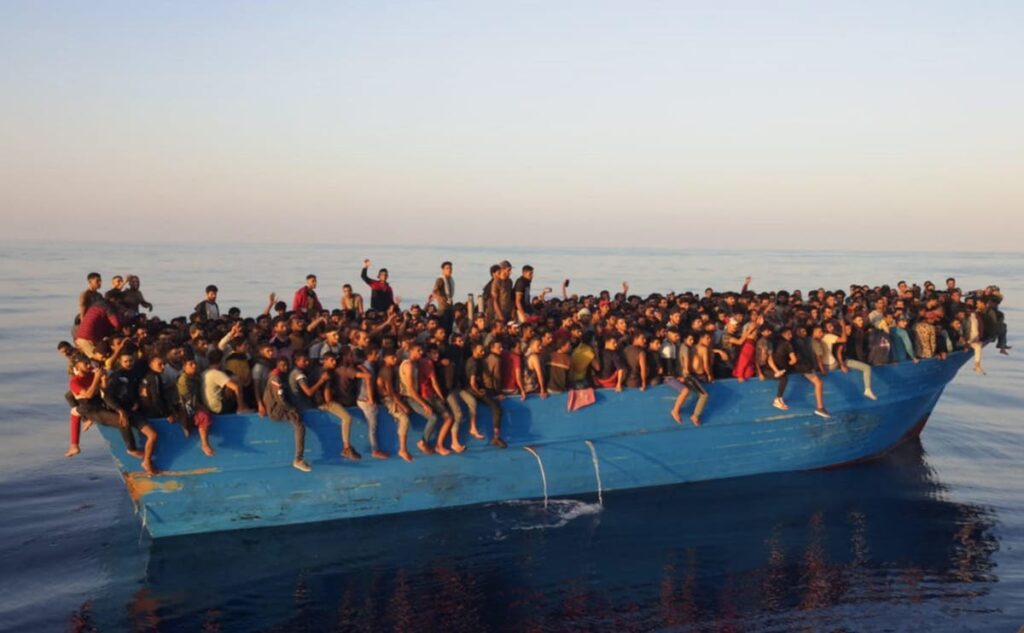 More than 500 migrants were rescued from one severely overcrowded fishing boat off the coast of Italy this weekend.

Italian coastguard vessels rescued 539 people, including three women and some children, from the boat off the island of Lampedusa.

Lampedusa Mayor Toto Martello described the rescue on Saturday as “one of the biggest landings” in a single day to the small Mediterranean island, that is closer to Tunisia than it is to Italy.

Italian prosecutors have opened an inquiry into what may have happened to some of the migrants that had travelled from Libya and who reportedly displayed signs of having been tortured.

Alida Serrachieri, a doctor from the humanitarian group Doctors Without Borders, said a number of the migrants appeared to have been physically tortured in Libya while waiting for a boat to take them to Europe.

Dr Serrachieri said she didn’t know how long the boat had been at sea, but she said the migrants had spent weeks or even months in Libya awaiting passage in traffickers’ boats in hopes of reaching Italian soil.

At least 20 of the migrants who were examined by medical personnel had scars from torture, she said.

“They had burn wounds, firearms wounds,” Dr Serrachieri told the Associated Press. “[They] were very worn down, some were dehydrated.”

Investigators are looking at the possibility that the migrants may have been falsely imprisoned in Libya, local media outlets report.

In addition to the 539 people, two small boats with about 15 migrants each reached Lampedusa’s waters unaided from Tunisia earlier that day, Dr Serrachieri said, and a third boat with about 20 aboard was spotted approaching the island in the afternoon.

According to Italian media, the third boat had 27 people including five women and five children, including a baby.

Earlier in the week, more than 500 migrants landed in Lampedusa within the space of 24 hours, according to local media.

Lampedusa’s housing complex, where migrants stay while the initial paperwork is done for asylum applications, can hold about 300 people but the new arrivals have increased the number of occupants to about 1,200.

Many more people are held outside the housing complex on the dusty road, the BBC reports.

Lampedusa, Italy’s southernmost point, is one of the main arrival ports for people wanting to reach Europe.

In May, more than 1,000 migrants landed on the Italian island in the space of a few hours.