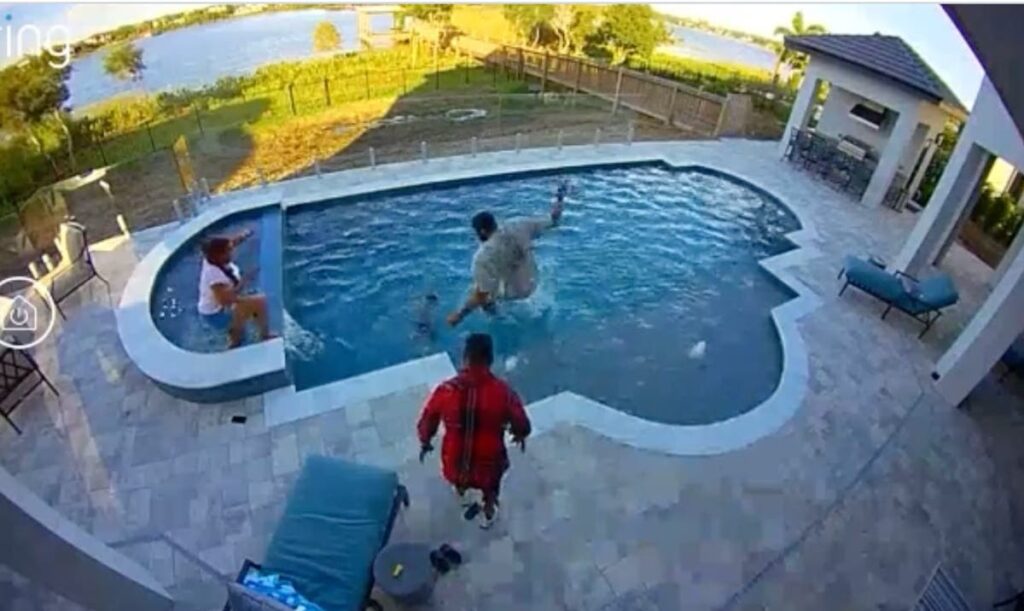 The Philadelphia 76ers star shared surveillance video footage of the frightening incident when son, Deon, fell into the pool.

Mr Drummond, 28, posted it to social media and called the situation “a parents worst nightmare”.

In the video the toddler can be seen sitting on the edge of the pool, with adults around him, before suddenly falling into the water.

Mr Drummond, who is 6ft 10 and 280lbs, was still wearing his clothes but quickly dived into the pool to fish his son out.

“Not all heroes wear capes. A parents worst nightmare ….. Feat my son and I. No one was harmed in this video,” Mr Drummond wrote.

An adult could be heard in the video saying “he’s smiling,” in reference to Deon, as Mr Drummond pulled himself from the pool.

And after being taken out of the water, the youngster seemed keen on getting straight back in.

Mr Drummond left the Los Angeles Lakers in the summer and signed a deal with the 76ers, where he will be a backup to Joel Embiid.