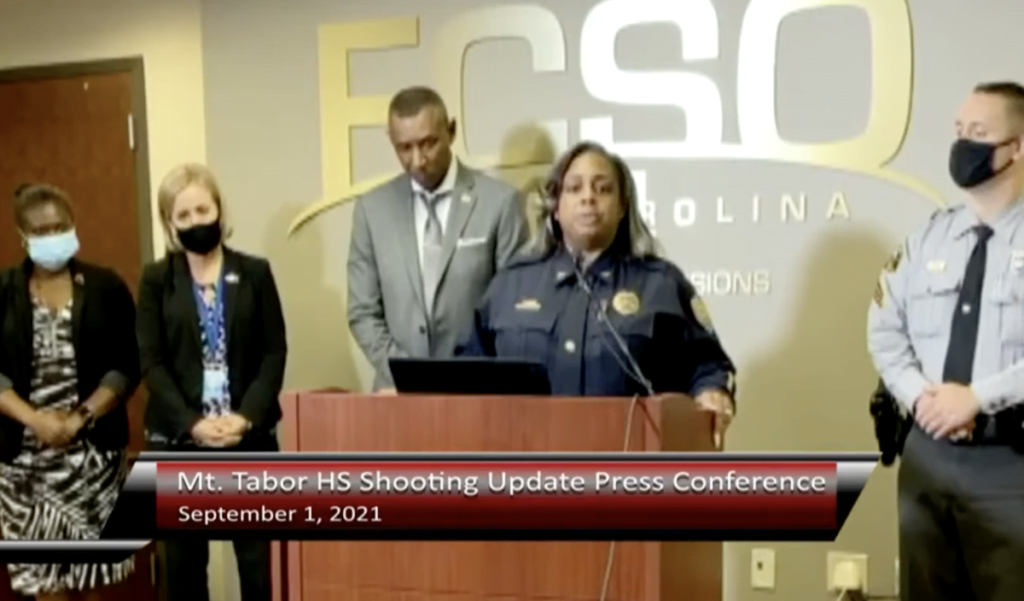 A student is dead after a shooting at a North Carolina high school, authorities say.

According to local police, the student was shot at Mount Tabor High School in Winston-Salem. All other students are safe and the campus has been secured, police say, and the suspected shooter – another student – has now been arrested.

“The suspect from the shooting at Mt Tabor High School was taken into custody without incident,” the Forsyth County Sheriff’s Department said in a statement. “The investigation is on-going and we will release more information as appropriate.”

“Our thoughts and prayers are with his family today and in the difficult days to come,” the department said.

Police have emphasized that there has not been a second shooting, as some rumours have incorrectly conveyed.

“Give us a chance to give you the facts,” Forsyth County Sheriff Bobby Kimbrough said. “There are many rumors spreading. We are committed to being transparent and will share confirmed information as appropriate.”

After the shooting was reported around noon on Wednesday, the school was put into lockdown, according to Winston-Salem police. Rescue workers from emergency medical services, the fire department, and police then rushed to the scene. Police looked for the suspect, who by that point had left the school, and EMS attempted to revive the injured student.

The student was then taken to a hospital, where he died.

Later, the rest of the school’s students were taken to a nearby YMCA, where their parents came to pick them up.

This is only the second week of school at Mount Tabor. In a statement, North Carolina governor Roy Cooper lamented that in the short time schools have been open, there have already been two school shootings in the state.

“For the second time this week, we have seen a shooting in a North Carolina school. Our prayers are with the victims, their families and all the students of Mt. Tabor High School in Winston-Salem,” the governor said. “We must work to ensure the safety of students and educators, quickly apprehend the shooter and keep guns off school grounds.”