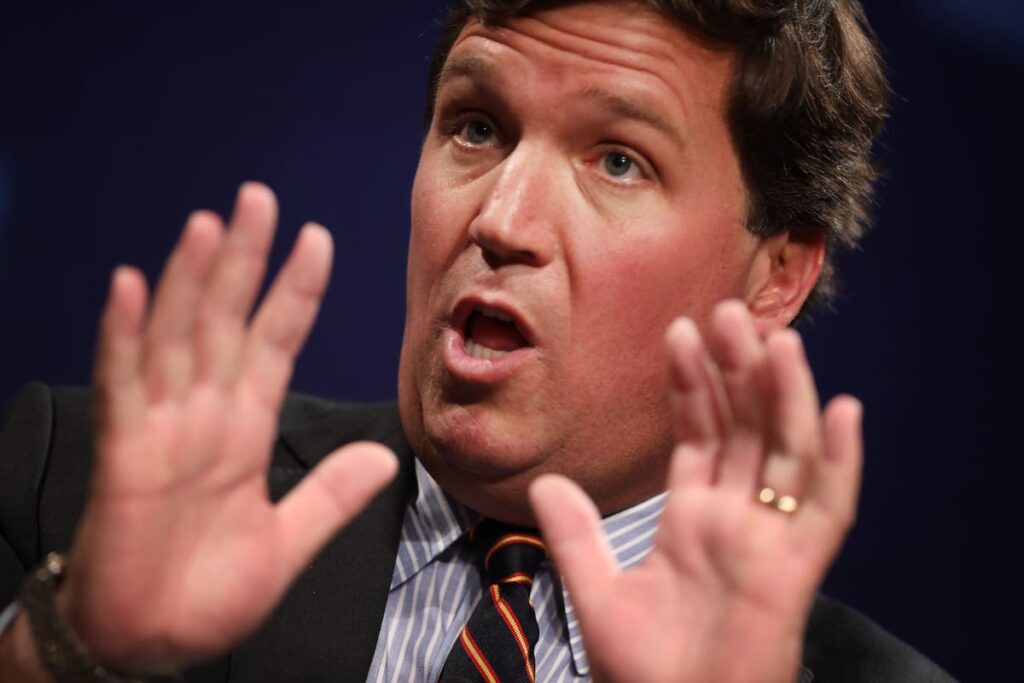 “Is there a corporation in America faker than Patagonia?” the Fox News host seethed. “It’s a marketing company that poses as a mountaineering expedition in order to sell shoddily-made plastic clothing to non-profit executives who rarely go outside.”

Why was Carlson so furious at the puffer vest manufacturer? Days earlier, the company had announced it was boycotting a ski resort, Jackson Hole in Wyoming, that hosted a Republican fundraiser featuring Reps Marjorie Taylor Greene, Jim Jordan, and other pro-Trump politicians.

“We join with the local community that is using its voice in protest,” a spokesperson for Patagonia told the Associated Press. “We will continue to use our business to advocate for stronger policies to protect our planet, end hate speech and support voting rights and a strong democracy.”

“Patagonia may be the single most audacious scam in all of American business, and that’s saying something,” the pundit said.

As Twitter soon pointed out, however, Carlson hasn’t always so staunchly opposed the brand. Soon after his broadcast, the anti-Trump group the Lincoln Project tweeted a photo of the smiling pundit wearing a Patagonia puffer vest.

“This you, @TuckerCarlson?” the group tweeted.

An uncropped version shows that it was a selfie the Fox News host took in 2018 with Barstool Sport writer Francis Ellis.

Some Twitter users responded by pledging not to buy Patagonia products. Many others, however, said they’d buy as many as possible.

“When @TuckerCarlson does a hit piece on your brand, it’s a badge of honor and it means you’re doing something right,” one wrote. “Keep it up!”

“I love Patagonia more every day,” another commented.

“How can I buy ALL the Patagonia? I’m on a budget…” another asked.